Wow. If a Republican had called a woman a whore, there would be screams from the Dems about how the man was insensitive to women and needed to be impeached. Instead, Alan Grayson has lowered the bar that is political discourse in this country even further than it was already, by calling a lobbyist a ‘K street whore’ and then Huffpo backs him up with this headline:

The funny thing is- I want to see an audit of the Fed, and I happen to agree with Mr Grayson on that issue, however, I think that the current administration’s tactic of shutting down all who disagree is a scary, scary thing. (and before anyone comments or sends me nasty emails, I didn’t like it when the last president did the same thing, either, but this is a new administration. Time to live in the now.)

Of course, Mr Grayson has been on local TV claiming that since the Dems ‘won’ the last election, that they should be allowed to do whatever they wish, and everyone else should just ‘shut up.’ This comment kills me, because the Democrats sure didn’t shut up when the Republicans won three elections in a row. I would also point out that we elected REPRESENTATIVES to REPRESENT us, and if we are to simply elect a political party to be our masters, then why not abolish congress, and elect a king every four years. Sure would save money. Or is it that congress is intended to be a debating society where matters are given all the weight and discussion required before a decision is made?

For those comments and others, Mr Grayson gets my douche of the week award. Douche. How is that for political discourse? Nyah!!! (Now that the bar is so low, I guess I can do it, too.)

Let me begin this post by saying that I have no strong feelings on abortion, except to say that it should be a State issue and not a Federal one. I can see merits on both sides of the discussion: the unborn can still be considered a person (especially after the fetus is viable) and deserves all of the protections and rights that other persons receive, and I can also see the opposing view that a fetus is not yet a person, and the government does not have the power to regulate a person’s body.

One thing I cannot stand is to see the law enforced both ways, as is the case here. A man is being arrested for causing the death of an unborn fetus that is supposed to be his. The thing that angers me about this, is that he is being arrested for doing something that many fight to allow the mothers to do: kill an unborn child for their own convenience. Explain to me how it is any different when a father, as opposed to a mother, does so…

A doctor that I know was working in the Emergency Room of a local hospital. One patient was a 23 year old female complaining of lower abdominal pain with vaginal bleeding. A uterine pregnancy test was negative. The doctor ordered a quantitative blood test to see if the young lady was pregnant. The test showed elevated levels of hCG, but the levels were not high enough to say for certain that the patient was pregnant. A lower abdominal ultrasound did not show any signs of pregnancy. The Doctor was concerned that her problem was an ectopic pregnancy. Calculating from her last period, it was determined that if she was pregnant, it was less than 5 weeks pregnant. After a consult with the on call OB/GYN, it was decided that the female would be sent home with orders to see the OB/GYN in his office in 2 days, so that she could be retested.

The patient never showed up for her follow up visit. Six weeks later, she passed out and was taken to the hospital with a ruptured fallopian tube, caused by an ectopic pregnancy. She filed suit, claiming that the ER doctor was at fault for not following up to ensure that the woman went to her appointment.

In Florida, if a Doctor loses more than three malpractice suits, he loses his license to practice medicine. This makes it highly unlikely that a Doctor will go to trial. This provision of law is a boon to the lawyers who practice in medical malpractice land. This case was no different. The doctor settled out of court for $125,000.

Expenses like these must be passed on to consumers. The costs of these lawsuits are passed on to the consumers in higher prices. Who passes them on? Doctors, pharmaceutical companies, medical equipment manufacturers, and anyone else who makes medical equipment, supplies, and devices. Funny how insurance companies and the government, who often decide what procedures and therapies you get, are exempt from lawsuits.

I once ran a call to a local church for “diabetic problem.” When we arrived, we were met by a pleasant woman who stated that she was in the area on vacation, and her husband forgot to pack his diabetic medication. They had been kneeling in prayer when her husband stated that he felt like he was going to pass out, and wanted to sit down. I asked my EMT to get a blood sugar and some vitals, and started getting information from the wife for the report. The patient looked a little tired, his color was off a bit, and he was sweating, but being a tourist from the north during the month of July in Florida will do that to you. As I was filling out the report, my EMT yelled over that the blood sugar was 166, BP 92/54, and his heart rate was 42.

The monitor revealed a third degree AV block. I placed the pads on him and began pacing immediately. We tried to get an IV for some medication access, but his veins were flat. I was finally able to get an 18 in his right EJ, and we began giving fluids. He complained that the pacing was painful, and so I gave him 2mg of valium to take the edge off. His BP was now 100/62, and I thought we had done OK.

Then he went into respiratory arrest.

The ER doc listened to the lungs, and consulted with the RT. They decided to extubate. I pointed them to the EtCO2, and the Doc said “That stuff isn’t accurate. You are in the stomach.” He then ordered the nurse to discontinue the pacing, and give 0.5mg epinephrine and 0.5mg atropine. I showed him the original strip and pointed out the original rhythm.

I went out to see the wife, and told her we were leaving. I wished her luck. As I was leaving, the doctor came out and informed her that her husband had passed away. He then told her, right in my presence, that if the paramedic had not placed the tube incorrectly, her husband may have lived. I felt about three inches tall.

A complaint was filed against me with the state department of health, both by the doctor and by the patient’s family. The investigation eventually found my treatment to be correct.

That was over 5 years ago. I still have copies of the report, the strips, and the findings of the state locked away in my safe.(redacted, of course) Even today, I can look at the waveform and see that my tube was correct. Through all of that, I still sometimes wonder what would have happened if I had made a different decision that day. Maybe I should not have given the valium (did that cause the resp arrest?) Paced earlier? Gone to a different hospital?

I still see that doctor from time to time, wandering through the hospital. Funny thing is, he doesn’t even recognize me or remember who I am.

If I read this right:

The report says police officers ‘may, very occasionally in extreme cases, decide to put themselves at risk in acts of true heroism’.

In these ‘rare circumstances’, the HSE adds, ‘it would not be in the public interest to take action against the individual’.

So a cop, who can be prosecuted (in the name of safety) under the law for risking his or her own life can make a “personal choice” not to violate the law and attempt to stop a crime? So, faced with one of two choices:
1 Do nothing
2 Risk life to prevent a crime, thus leaving oneself open to possible criminal prosecution

Which do you think a cop would choose? Why does the UK even BOTHER to have police? All of this in the country where weapons are illegal, as is self defense, and crime is skyrocketing.

I can hear Churchill now:

If, however, the soldier feels the risk is justified, then we would certainly look at the facts and decide whether or not to be lenient and not prosecute. 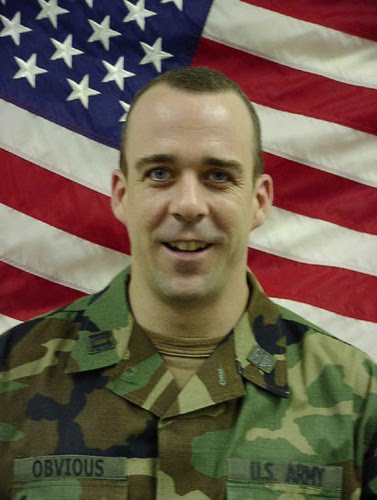 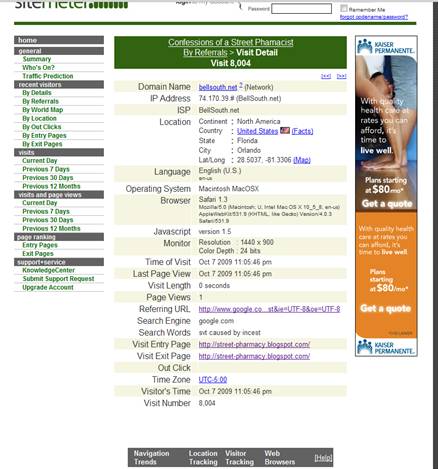 No, SVT is not caused by incest. Wow. Words fail me.

I posted earlier on Obama setting a record, in that he borrowed $1 trillion in a shorter period of time than any other President. Well, he has set a new one.

In Afghanistan, 229 soldiers have died during the first 9 months of his Presidency, more than were killed in 2001, 2002, 2003, 2004, and most of 2005 COMBINED. In fact, those 229 soldiers represent 27% of all soldiers killed in Afghanistan in the last 8 years. Where are the press reports about this? Why aren’t we hearing what a big mistake this is? About how this is all the President’s fault?