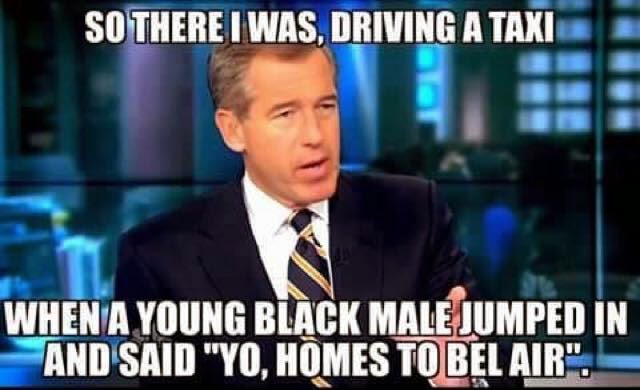 Jamal LaFortune began his criminal career just two months after his 18th birthday, when he was arrested for  First Degree Misdemeanor Battery. It is entirely possible that his criminal career began before that, but the state of Florida doesn’t release the criminal records of minors.

Over the next six months, he would be arrested 4 more times for crimes including prowling, grand theft of a motor vehicle, possession of burglary tools with intent, and trespassing. After that, he progressed to the big boy crimes. Before his 20th birthday, he would be arrested twice for aggravated assault and aggravated assault with a firearm. He was a convicted felon before he was even 21.

He was arrested seven more times in the next year for a list of felonies including armed robbery, drug offenses, credit card fraud, and theft.

Less than a month after his 21st birthday, he entered an Orlando area theme park and opened fire on the crowd. Only the fact that he had bad aim prevented him from becoming another national news story.

In three years, he had amassed a total of  10 arrests that included 5 felony convictions- three of those included aggravated battery with a firearm, yet he was still walking around, a free man. At the time of this shooting, he was out on bail after being arrested for multiple armed robberies in the Orlando area. The last felony arrest for which he was convicted included possession of a firearm by a convicted felon, 5 counts of possession of ammunition by a felon, 2 counts of possession of drugs, and grand theft of $5000 or more. Each of those felonies could have carried a penalty of 15 years. Additionally, he qualified to be a habitual violent felon.

Yet, he was out on the streets, committing more violent crimes, while out on bail. Again and again. Even after his conviction, he was out in less than three months.

Tell me again how firearms are the problem.

How can you hope to reason with a philosophy that believes so strongly that their deity wants you dead, that they are willing to strap a bomb to their own 7 year old children in order to kill a few of you?

The answer is: you can’t. The only thing that you can do is kill them before they kill you.

But, according to the President, all they want is jobs.

A free helicopter costs Newark more than 2 million tax dollars. The helicopter belonged to the city for just 5 years, and was then turned over to the state police. It is time for police to stop spending tax money on trifles like a drunken sailor.

Two criminals were arrested with stolen firearms in their car.

Raymond Leroy Leonard, 55, of Lake Panasoffkee and Jessie L. Pereida,
27, of Webster, were traveling in a vehicle in the vicinity of Catfish
Johnny’s restaurant in Lake Panasoffkee when a deputy noticed the
vehicle had an expired registration tag.
During the traffic stop, a
deputy confirmed that Leonard is a convicted felon. The deputy also saw
firearms in the back of the vehicle in plain sight, the arrest report
said. A check confirmed that some of the guns had been reported stolen
in Lake County.

This is why laws requiring background checks do not work. 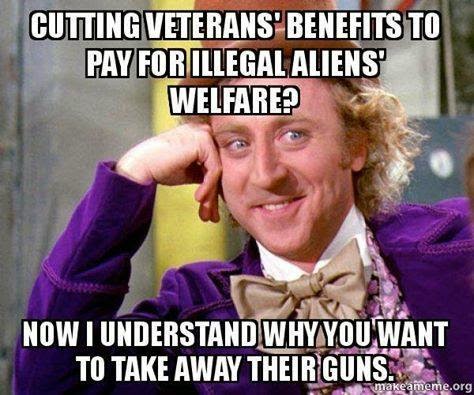 A police officer in England is alive today, simply because her attacker chose not to kill her. In the video below, a man in handcuffs attacks the Sergeant, knocks her to the ground and pounds her head into the ground, knocking her unconscious. Watch the video:

If you listen carefully, the officer’s breathing changes as she goes unconscious, and remains that way for almost a full minute. During that minute, the man could have simply strangled her to death, if he had wanted to do so.
One commenter said:

Damn good job the officer didn’t have a gun or a tazer as it could have been much worse!

Which is ridiculous. The only reason that the officer is alive is because the man who attacked her wasn’t a killer. He had the means and the opportunity, but not the will. having a weapon doesn’t make a person into a killer, having the mindset of a killer does.

As for me, I am not willing to bet my life that a person who attacks  me is not a killer, so I carry a gun, and hope like hell that I never have to use it.

I just tried explaining the law concerning the possession of weapons on school property in the state of Florida. The teacher in question wants to carry pepper spray in her purse. The laws are confusing, convoluted, and almost impossible to understand, let alone explain or follow. Here is what I had to say:

Can you verify if what I found is correct… thank
you
If it contains more than 2 oz of the chemical then
she can not carry it at the school even with a CWFL or openly. 790.115 2(a)
A person shall not possess any firearm, electric weapon or device,
destructive device, or other weapon as defined in s.
790.001(13), including a razor blade or box cutter, except as authorized
in support of school-sanctioned activities, at a school-sponsored event
or on the property of any school, school bus, or school bus stop. 790.001 (13) “Weapon” means any dirk, knife, metallic knuckles, slungshot, billie, tear gas gun, chemical
weapon or device, or other deadly weapon except a firearm or a common pocketknife, plastic knife, or blunt-bladed table knife. 790.001 (3)
(b) “Tear gas gun” or “chemical weapon or device” means any weapon of
such nature, except a device known as a “self-defense
chemical spray.” “Self-defense chemical spray” means a device carried
solely for purposes of lawful self-defense that is compact in size,
designed to be carried on or about the person, and contains not more
than two ounces of chemical. So
as long as it contains less than 2 oz of chemical it is legal but if it
contains more than that it is a “weapon” and is prohibited
on school property.
Here is my reply:
The
definition says “NOT MORE THAN 2 ounces” of chemical. If it has less
than 2 ounces, it is a “chemical weapon or device.” If it contains more
than 2 ounces, it is a “destructive device.”
Then she asked:
School property?
Then it gets confusing:

That
is where things begin to get a bit muddy. First, look at 790.115(1),
which prohibits the DISPLAY of a weapon in a rude, careless, angry, or
threatening manner
(not in lawful self defense) at a
school-sponsored event or on the grounds or facilities of any school,
school bus, or school bus stop, or within 1,000 feet of the real
property that comprises a public or private elementary school,
middle school, or secondary school, during school hours or during the
time of a sanctioned school activity. This is important, because it
separates school facility and school grounds, proving that the law
considers them to be two different things.

Then you look at paragraph (2), which says:

(2)(a) A person shall not possess any firearm, electric weapon or device, destructive device, or other weapon as defined in s. 790.001(13),
including a razor blade or box cutter, except as authorized in support of school-sanctioned activities, at a school-sponsored event or on the property of any school, school bus, or school bus stop; however, a person may carry a firearm:

1. In a case to a firearms program, class or function which has
been approved in advance by the principal or chief administrative
officer of the school as a program or class to which firearms could be
carried;

2. In a case to a career center having a firearms training range; or
3. In a vehicle pursuant to s. 790.25(5);
except
that school districts may adopt written and published policies that
waive the exception in this subparagraph for purposes of student and
campus parking privileges.
For the purposes of this
section, “school” means any preschool, elementary school, middle school,
junior high school, secondary school, career center, or postsecondary
school, whether public or nonpublic.
So, the answer is no. UNLESS
the person has a concealed weapons permit, then the answer gets a little
different. Paragraph (3)(e) says:
(e) The penalties of this subsection shall not apply to persons licensed under s.790.06.
So, we refer to 790.06, which says:

(12)(a) A license issued under this section does not authorize any
person to openly carry a handgun or carry a concealed weapon or firearm
into: (irrelevant parts omitted)

9. Any school, college, or professional athletic event not related to firearms;
10. Any elementary or secondary school facility or administration building; (again, irrelevant parts omitted)
(b) A person licensed under this
section shall not be prohibited from carrying or storing a firearm in a
vehicle for lawful purposes.

This seems to indicate that a person with a concealed weapons permit may
lawfully possess a concealed weapon on school property, as long as it
is not at a school sponsored athletic event, in a school facility or
building, and, if a firearm, it is kept in a
vehicle. A person may also store weapons in a vehicle in a school
parking lot if the school district permits it, but no district in
Florida has done so. Additionally, since (our school) is
used as a community learning center after hours, it
is not legally a school for the purposes of this law after hours, unless
there is a school sponsored event going on (like a football game).

As usual, I am not a lawyer, this is just my opinion, etc.

When Obama was a candidate in 2007, and had yet to win his Nobel Peace Prize, he said that he would waste no time in brokering peace in the Middle East. In his inaugural address, he stated that he would usher in a new era of peace. He vowed to end the wars in Iraq and Afghanistan.

Six years later, we are still in Afghanistan, we are sending troops back to Iraq to counter the ISIS threat, Russia is again rattling nuclear sabers and invading European countries, China is threatening to arm a Hawaiian secessionist movement to overthrow the US government in Hawaii, and he is now using petty grievances to cut Israel out of nuclear talks with Iran.

This can have only one of two ultimate outcomes: Israel will either have to take unilateral action to stop Iran, or there will be a nuclear exchange in the Middle East.

Can anyone say that the world is a more peaceful place because of our Nobel Laureate President?

A theater in the Orlando area was overrun by 900 or more teenagers. Gunfire was reported in the parking lot, and at least one person was robbed. Then hundreds of the teens went across the street and robbed a store. It took police from at least 4 different law enforcement agencies to control the mob. Multiple arrests were made.