Next time someone tells you that British police do not carry firearms, you can show them these pictures as evidence that at least some of them do… 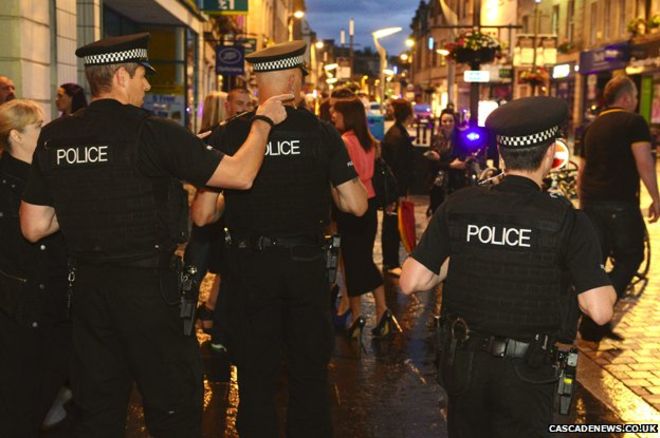 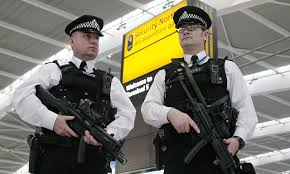 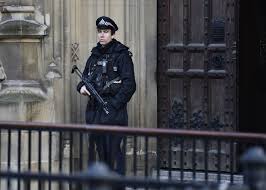 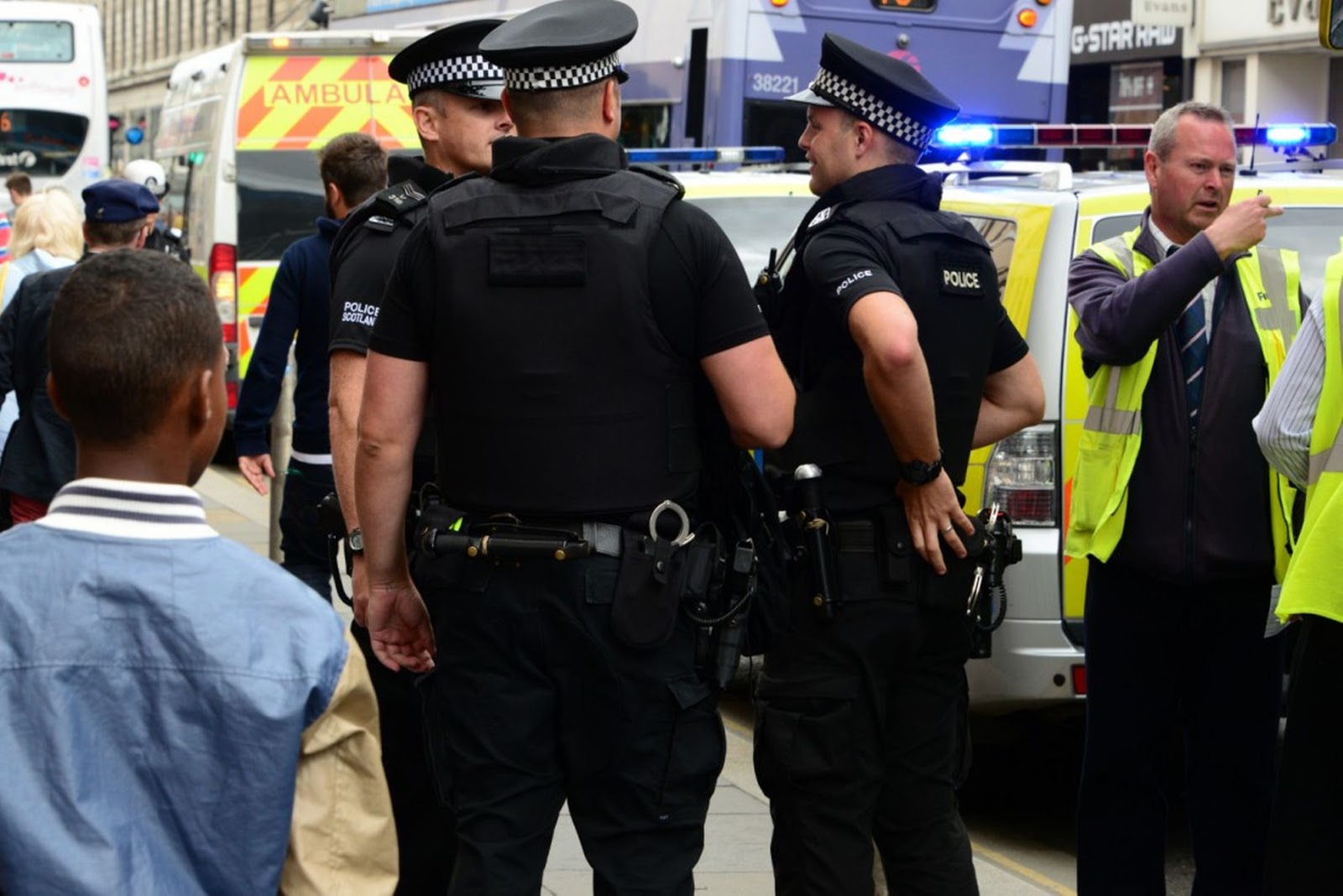 More than a few times, I have discussed so-called “free” health care on this blog. The fact that giving someone a product or service at no cost to them means that someone else must provide that product or service for reduced wages or free. In this case of health care, that means that doctors become what are essentially slave workers who earn less than cab drivers.

We constantly hear about how Great Britain has such a great system, and how much better the NHS is that the system we have in the US. The doctors in the UK disagree. Junior doctors, who represent 50% of the physicians in the UK, are going on strike. Why? Doctors there make only US$34,000 per year to start, and top out at US$45,000 per year. Doctors in the UK work 90 to  100 hours a week. There are laws in the EU to prevent doctors from working more than 48 hours a week, but they are encouraged to waive that right and work more. Assuming an 80 hour workweek, a junior doctor in the UK makes between $8.17 and $10.62 an hour.

How does that compare to other professions? There are cab drivers in London who make US$100,000 per year. Accountants make US$45,000 per year to start, and attorneys make US$60,000 to start. Doctors, being upset about this state of affairs, are threatening to strike. The government is going to press charges against any doctor whose refusal to work long hours for low pay results in risking patient’s health.

That is called slavery.

Even with all of that, there are waitlists of more than a year for medical treatment for some, and the average wait for a surgical procedure is 18 weeks.

Tell me again how we want to emulate that system.

I spent Thanksgiving day as a volunteer: I was helping prepare and serve meals to 170 elderly people who have no family or friends to spend the Holiday with. The meal consisted of ham, turkey, stuffing, mashed potatoes, sweet potato casserole, green bean casserole, corn, rolls, and pumpkin pie. The meal, which cost $12 per person, was prepared and served entirely by Veterans of the US military, who volunteered to serve yet again. It gave those people a place to go on Thanksgiving.

I learned over more than 2 decades of service as a paramedic and firefighter that most people who frequent charity soup kitchens are poor because of their own poor choices, so I didn’t want to serve in a soup kitchen where some ungrateful welfare kings and queens would feel I owed them something.

I then spent Black Friday at home. Watching TV and reading a book. What I didn’t do was emulate those idiots who were at Wal Mart, engaging in fist fights to get a cheap TV set or vegetable steamer.

From 1989 to 2010, police seized $12.6 billion worth of property and cash through asset forfeiture. The amount seized has been growing exponentially. In 2014 alone, Federal law enforcement agencies alone managed to seize $4.5 billion worth of property and currency. State and local police are taking in another half billion or so each year, making the total seized in a given year somewhere in the neighborhood of $5 billion.

The police write about $6.2 billion in speeding tickets every year in the US. One in five US drivers will receive a ticket every year, for a total of 41 million tickets written. Each police officer writes $300,000 in traffic tickets each year. The police have admitted that traffic tickets are used as a fundraising tool.

There are 12,000 local police departments in the United States, and the combined budgets of them and Federal law enforcement come to just over $126 billion each year.

In fact, the total cost of all property crime for 2012 was about $12.6 billion. That includes Auto theft, robbery, burglary, shoplifting, all of it. Everything stolen by criminals.

Let’s run the totals (all figures in billions of US dollars):
Police cost is:
Budgeted costs: 126
Asset forfeiture: 5
Traffic tickets: 6.2

Total cost of US policing: $137.2 billion per year

The conclusion here is obvious: The financial cost of police is simply too high. We are wasting our money. In fact, if police were eliminated and all crime was 10 times worse than it is now, we would still be saving money.

Does this mean that I am advocating that we eliminate police? Of course not. What it means is that we must look at how we are spending our law enforcement dollar, and realize that our police are far too focused on fundraising activities instead of preventing crime and actually catching criminals.

This is how you win over a mildly anti-gun person: with calm, rational discussion and a personal example of being reasonable and level headed. Let them see that you are not sitting there dreaming of shooting people.

I  have been in a relationship for nearly two years, and she is from New York. Her attitude towards gun ownership was initially a difficult one to swallow. I got her to agree to come shooting with me. I started her on a .22 pistol- my Sig Mosquito. She got the chance to see how a firearm is a tool, nothing more. A firearm is no more dangerous than a hammer, and frankly, it is much easier to learn to shoot a firearm than it is to drive a car.

We graduated to firing a suppressed 9mm M&P, then the suppressor came off, then we worked up to shooting a .45. She gradually accepted the fact that I carry a weapon. At first, it was just when we went to Orlando, the dangerous place. As she grew to accept it, I carried more and more.
The shooting in Paris actually was a turning point. We were on vacation in France last week. When we saw the news of the shooting, she turned to me and said, “When we get home, I want to take the concealed weapons safety course, so I can apply for a concealed weapons permit.”
That is how you turn a mildly anti-gun girl from New York into a CCW holder:
1 Antis from places like NYC, Maryland, and Massachusetts are taught that gun owners are all a bunch of mouth breathing, uneducated, racist hicks who sit around and dream of killing minorities. Don’t be that. Be well spoken, level headed, and non-violent.
2 Calmly approach the subject, and get them to shoot something mild and quiet. Nothing will reinforce the “guns are scary” meme like trying to get a female who is afraid of guns to shoot a .500 Magnum while you yuck it up as the gun recoils into her face.
3 Don’t pressure them. They will eventually see things for what they are. Once they begin to see the world as it is, not as their indoctrination said it is, they will come around. Remember: facts and reality are on your side.

Yet another international headline that flies in the face of Obama’s declaration that mass shootings only happen in the US because of our “lax gun laws.” France has gun laws that are MUCH more strict than the US, and there are more than 150 dead in this latest attack.

Tell me again that gun laws work to prevent anything.

I teach 4 classes of Biology, and 2 of Chemistry. I have a total of 122 students. So far this week, they have turned in a total of 372 papers and 118 exams. The final papers are due for their science projects.

We are now 15 weeks into the school year. In the county where I am teaching high school science, each science student is required to do a science project where they perform a scientific inquiry, using sound scientific principles. I break this project into several assignments over a 16 week period, so that the students have a chance to work through the process.

Each student, and their parents, are told that the project accounts for about 30% of their grade for the semester. I have about a dozen students who decided not to do ANY of the science project. As you can imagine, they are not doing much else in class, so 8 of them are receiving an F for the semester, and the other 4 are all earning a D.

I ate dinner tonight and checked my email right after, when I noticed that 5 students emailed me to tell me that they lost their login to the system and cannot turn in their projects, and want an extension. Another student is using a typo on the class website to try and go all bedroll lawyer on me, claiming that my typo means he gets a three day extension. His father just emailed me, demanding that I answer his son’t email tonight.

I AM OFF WORK. I am not at the beck and call of parents and students at night while I am home. They will just have to wait until tomorrow.

If you claim that guns are the reason for mass killings, you are ignoring that the largest mass murders do not use a gun. Here are a few of them:


2  October 31, 1999: Gameel al-Batouti cried out “Allahu Akbar” as he piloted a plane full of passengers into the Atlantic Ocean, killing 217 people.


3 The Oklahoma City Bombing. There were 168 dead and over 680 injured. The weapon used was a bomb made from fertilizer and diesel fuel.


5 New York Bombing of September 1920: There were 40 killed and several hundred injured. The weapon was a bomb.


6 The Upstairs Lounge Fire in New Orleans on June 24, 1973 was an arson that was intended to kill the patrons of a gay bar. It worked, killing 32 and injuring dozens.

The fact is that guns have nothing to do with spree killings. The first mass murder in US history happened in 1780, and was committed by a man named Barnett Davenport. He killed an entire family (all 5 of them) during a pre-planned burglary. He used blunt instruments to beat the adults and one of the children to death, and then set the house on fire to kill the other children.

Here is what an anti-gunner had to say to me:

We are all human. Exception of gun nuts. Your argument is stupid or an excuse to act like sub human creatures. I am not oriental but still agree with their pro life style in my thinking. So what is wrong with you? Do you really think people cannot exits without murder weapons in a civilized country?

There can be no compromise with such people.