People seem to think that fistfights are harmless. Probably because of Hollywood. It seems that nearly every television show includes people suffering no ill effects from being knocked out after being punched, but that is false. Even ten year old children can hit hard enough to kill.

A Sheriff’s deputy in Brevard county, Florida was injured when he shot himself in the leg. My money says that he was reholstering with his finger still on the trigger.

This is the time of year when I get pissed. Don’t let anyone tell you that taxes need to be higher on those with more income. For the year 2018, my wife and I paid more than three hundred thousand dollars in taxes. How much more do we need to pay before the system is seen as “fair”?

In a recent discussion online, I had a person who is in favor of more gun control tell me that anyone on the terror watch list should be entered into NICS as a prohibited person. Here is why I cannot support this: (read the entire thing if you want to start your day angry)

Myth: The No-Fly list includes an 8-year-old boy.
Buster: No 8-year-old is on a T.S.A. watch list.
“Meet Mikey Hicks,” said Najlah Feanny Hicks, introducing her 8-year-old son, a New Jersey Cub Scout and frequent traveler who has seldom boarded a plane without a hassle because he shares the name of a suspicious person. “It’s not a myth.”
Mrs. Hicks said the family was amused by the mistake at first. But that amusement quickly turned to annoyance and anger. It should not take seven years to correct the problem, Mrs. Hicks said.

The real problem is that such a list exists in the first place. After all, it isn’t that hard to beat:

Some travelers purposely misspell their own names when buying tickets, apparently enough to fool the system.

There was a time when I was routinely testing the security procedures of non-permissive environments by carrying a concealed weapon past whatever security measures are in place. I gave it up a year ago as being too expensive and too likely to trigger a red flag warning. It seems that nothing has improved.

Some friends invited us to go with them to Disney’s Animal Kingdom, and my wife accepted. So, off we went. It turns out that security has not gotten any better. We approached the security checkpoint, and there were two ways in: One was through the “bag check” line, and the other through a “no bags” line. If you look at the picture, the “Guests Without Bags” entry is right in the middle of the screen, flanked by two rent a cops. 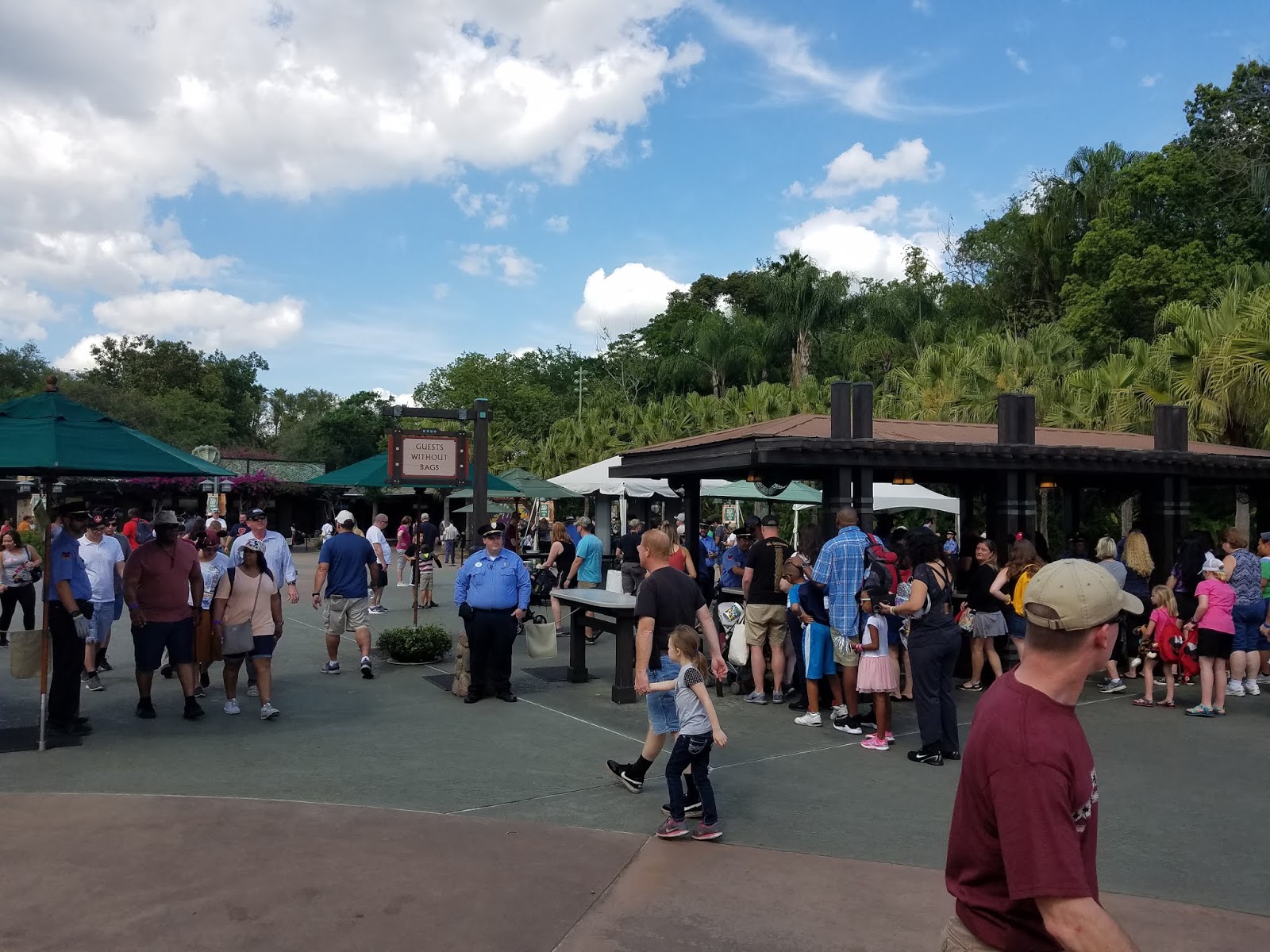 I walked over in front of the magnetometers and waited for my wife to come through. As soon as she did, I handed most of my metal objects to her (which may or may not include weapons of some sort) and she placed them in her freshly inspected purse. We waited our turn, the wife placed her purse on the table next to my cell phone and a small case that I had removed from my pocket that contained my diabetes stuff.

We walked through the machine and reclaimed the stuff from the table. Since my wife’s purse had already been inspected, they didn’t question it. They did ask me to open my medical case so they could look in it, and I refused. I told them that it contained medical equipment that was none of their business. I pointed out that demanding to see my medical supplies could violate the Americans with Disabilities Act and then walked off.

As soon as we were in the theme park itself, I retrieved the rest of my metallic objects from my wife’s purse. Easy as pie.

There is at least one other way of bypassing security. There is a Rainforest Cafe that spans the security station, with a front door on the outside of the “secured” area, and a back door with its own (unmonitored) entrance into the park. Simply enter the Cafe through the front, and then go out the back door, right into the park itself.

Once we got in there, we were faced with LLLOOOONG lines. 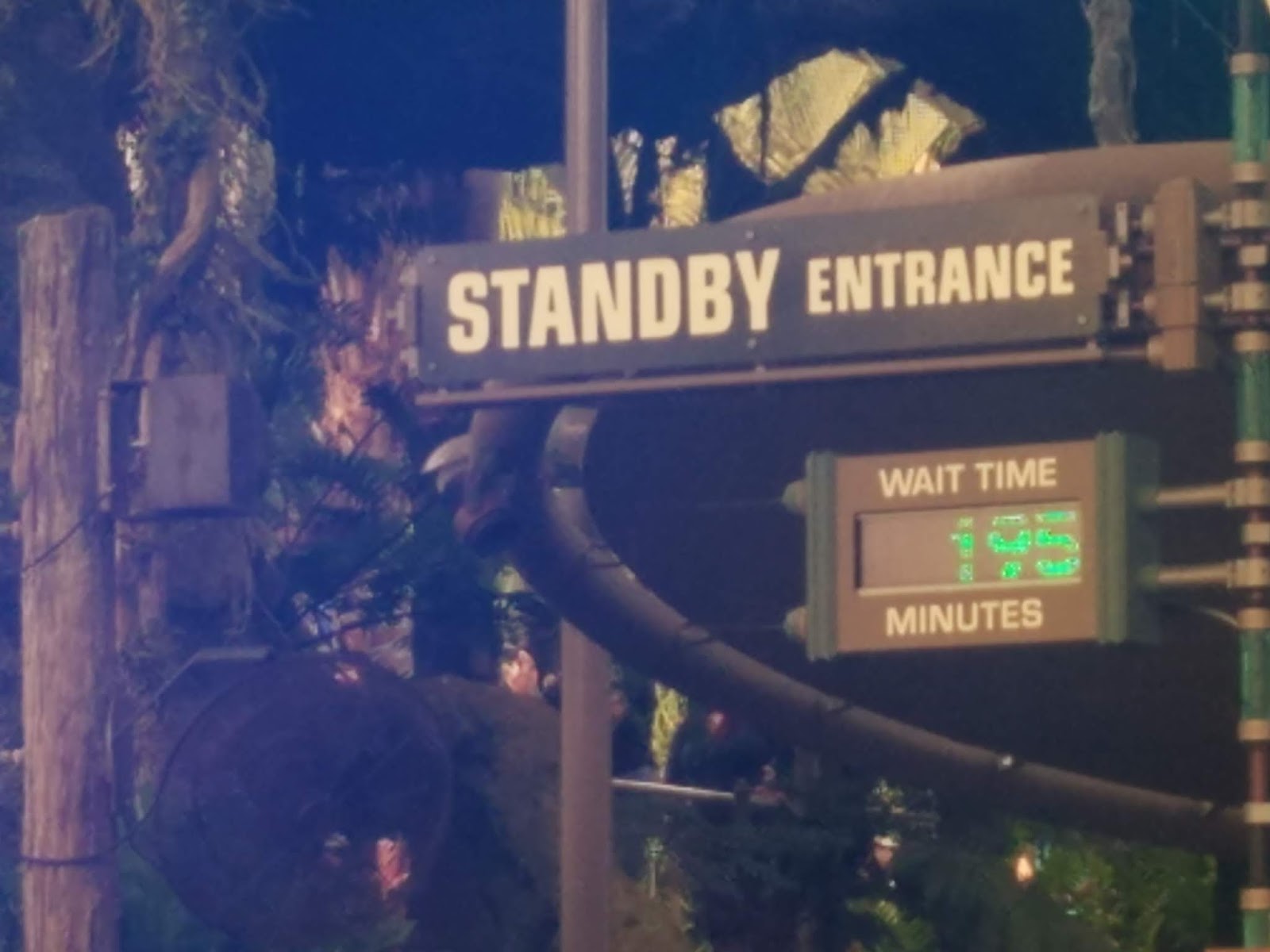 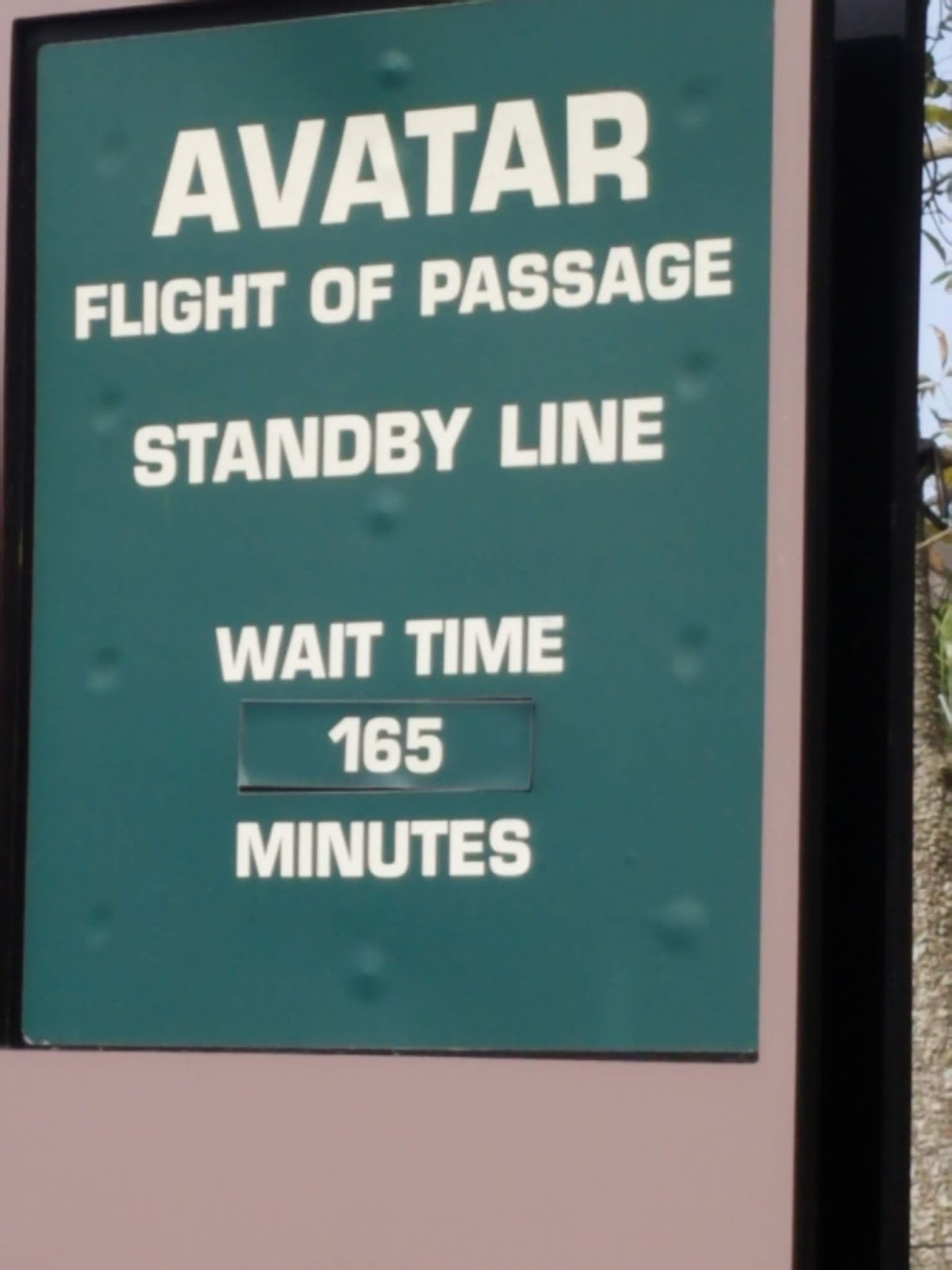 Needless to say, we didn’t ride any rides. We caught a couple of shows, my wife and I paid $30 for two bottles of water and two chicken gyros, and then we called it a day. At least the weather was pleasant, and we got to spend time with friends that I rarely get to see.

Sydney Aiello was a senior at Marjory Stoneman Douglas High School last February when the mass shooting happened. She was not in the same building as the shooting, but her best friend was killed.

She spent the next year campaigning for more gun control. 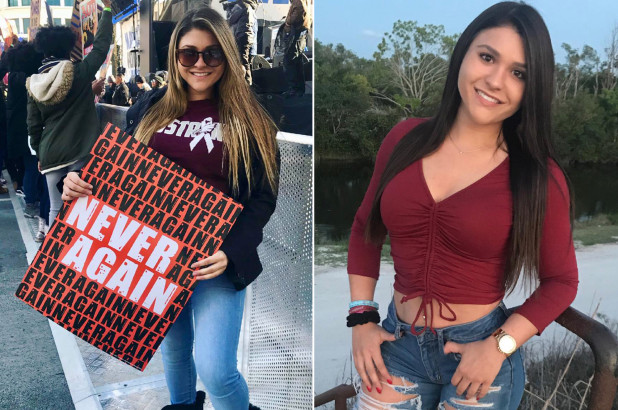 Yet, despite the fact that she wanted laws passed to limit the ownership of guns, she used a gun to take her own life.

Kamala Harris just got caught in yet another lie.

When asked if she had ever smoked marijuana before, she replied: “I have,” claiming to have smoked weed “in college.” She was then asked what music she was listening to at the time, and she replied with some classics: “Oh yeah, definitely Snoop. Tupac for sure.”

Here is the problem: Harris graduated from college in 1986, and neither one of those men released an album before 1991.

You just can’t believe a word that comes out of some people’s mouths.

A woman was asked to give up her seat on an airplane for $600. She took the deal (like she had a choice). Eight months later, she still had not been paid, even though she had even sued the airline and won, they still ignored her letters and emails. Finally, she did receive her check. It should never had gotten that far*.

Delta airlines alone bumps nearly 60,000 passengers a year from flights, because those flights were oversold. The majority of these are so-called “voluntary” bumps, but we have all seen the news where, once the cost to entice a volunteer gets too high, they simply have the police remove you with force.

The airlines claim that the practice is caused by no-shows, but tickets are non-refundable so the seat is paid for, whether someone is in it or not. They then claim that they have it buried in the conditions of the ticket, that they can bump you from the flight for any reason, and all they legally have to reimburse you for is the cost of the ticket. Never mind if missing that flight causes you a financial loss that is many times the amount of the fare.

What other industry can sell more of a product than they have? Can you imagine buying a car, and then being told that you can’t have it, because they already sold them all? How about groceries? That is called fraud.

Normally, I am against government interference, but in this case the government is already involved. If I refuse to “sell back” the ticket, the airline will use government officials (police) to forcibly remove me from the flight. It is my contention that the seat in that aircraft is my property, and if the airline wants it back, we can negotiate a fair price that is agreeable to both parties. It is time for the government to step in and make this practice illegal.

* As a side note, in Florida, the Sheriff will help you enforce a judgement by confiscating the loser’s property and holding an auction. The proceeds pay off the lawsuit, and then the remainder of the finds are returned to the loser. Imagine showing up at the airport and having the Sheriff confiscate a 737. I bet they find the money quickly.

If you will remember, there was a burglar in my neighborhood during the summer who broke into 4 different cars, one of them a police car. He was armed with a handgun during at least one of the burglaries, because he stole one from one of the cars burglarized. My security cameras got video of the attempted break in of my truck. He was already armed at that point.

The police had him in custody about 3 weeks later. He was charged with half a dozen felonies. Among them was armed burglary, possession of a stolen firearm, grand theft, and a few other charges related to the burglaries.

I just received word that he reached a plea agreement. The details have not yet been released, but it likely will not involve any jail time. This is why crime is as bad as it is. This guy was armed while burglarizing multiple vehicles, including a police car. What do you think he would have done if someone had confronted him? Now he is walking free, and will likely do it again. Maybe next time, he WILL kill someone.

The Springfield MA Police Department discovered a shotgun concealed in the hood of a motor vehicle. The gun was rigged to fire from a switch located within the passenger area of the car.

Since this is a solenoid actuated weapon, there is nothing preventing this type of installation electrically firing at some pretty high rates of fire, especially with 100 round magazines, or even a belt fed.

Be aware of this type of concealment. 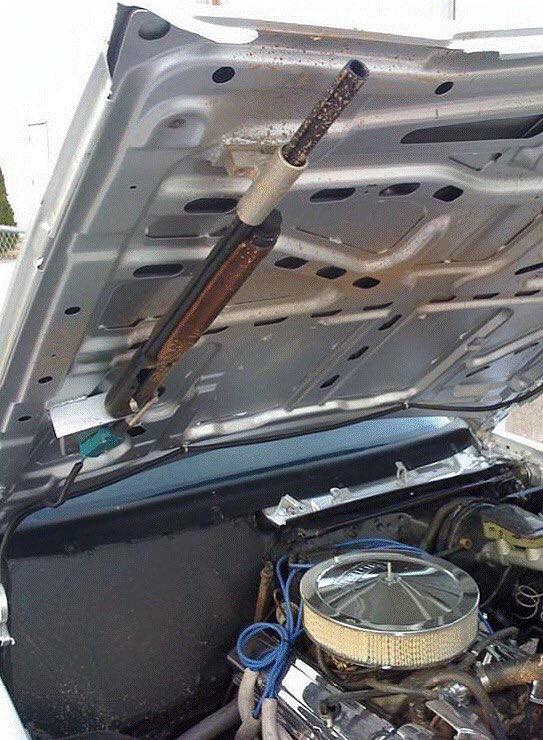