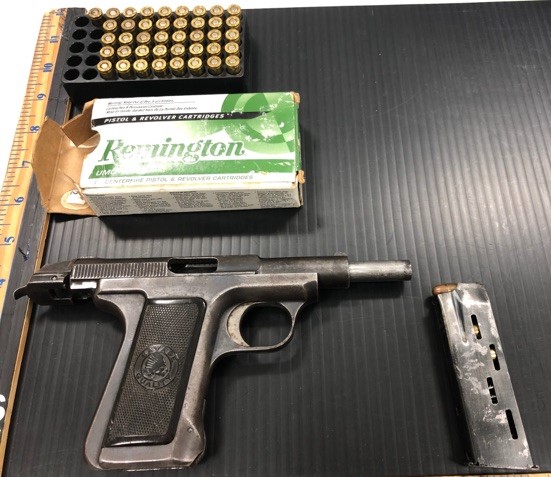 Quote of the day:

Upon her private email server being subpoenaed by a congressional investigative committee, Hillary Clinton sent the computer to be professionally wiped clean of all files and then turned it over. Yet, the same people who expressed no interest in pursuing that clear obstruction of justice have been calling secondhand witnesses to a phone call, whose transcript has already been made public!

We were invited to my brother’s house for Thanksgiving. So yesterday, we made the two hour drive so we could spend the evening with family. My mother, my sister, and their families were all there, along with my daughter and my grandchildren. In total, there were eighteen adults and children. A great time was had by all. Of course, when that many family members get together, one of them has got to ruin it.

For us, it was my brother’s son. My nephew is 19 years old, lives with his parents, and he has issues. Let’s just say that the local cops all know his name, he can’t keep a job, and it always seems to me someone else’s fault (according to him, anyway). On top of it, my brother and his wife tolerate the fact that he drinks at 19 years old. Whatever- not my kid, not my house. The problem is that he becomes a bit of a jerk while drinking. After dinner, my nephew began wrestling with the older kids who were there (all in the 14-16 range). This mostly consisted of him beating on the teens, “all in good fun.”

A couple of bloody noses later, he challenged me to a wrestling match. I refused. He retreated to his parent’s bedroom and came back with a handheld stun gun. He pulled the trigger to get the loud spark effect, and the room immediately got quiet. He loudly said, “Hey, Uncle. Sit still for a minute, let’s see what happens when I Taser you.”

Me: “No. Put that away.”
Nephew (walking towards me): “Come on, it will be funny.”
Me (standing up and reaching into my pocket for pepper spray): “Put down the weapon right now, or I will have to hurt you.”

It was at this point where my brother snuck up behind him and snatched the Taser out of his hand, thus avoiding a major Thanksgiving incident that would have surely wound up with someone going to the ER and someone being arrested.

My nephew stormed into his bedroom, where he stayed for the next hour. He did eventually come out and apologize.

There is always one in every family.

This post did something to my computer. The screen is now all blurry. 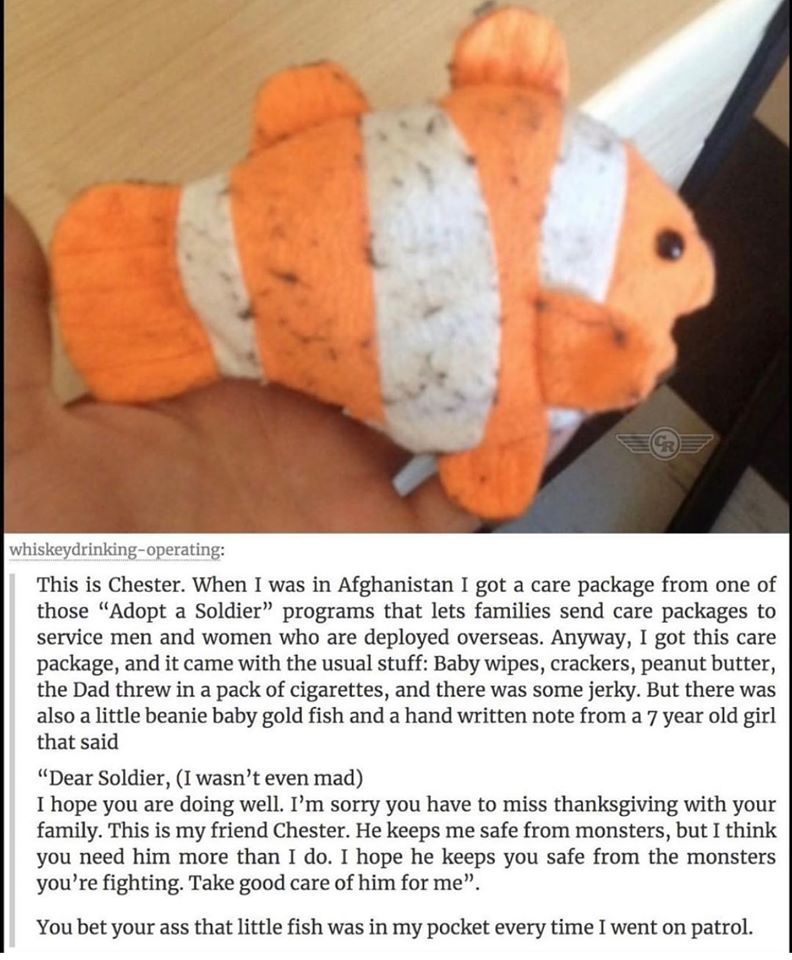 Bleeding heart judges are why we have a crime problem. A 34 year old man with multiple felony convictions shot a Tulsa police officer. The only reason why the bullet didn’t do as much damage as it could have, was that it was stopped by a Navy challenge coin that he kept in his pocket. The shooter was convicted in Federal court of felon in possession of a firearm, attempting to kill a witness, and using a firearm in the commission of a violent crime.

Despite the fact that the defendant was completely unrepentant, the judge gave him the minimum sentence on the charges: ten years for felon in possession, and 30 for attempting to kill a witness. He ordered that those two be served concurrently. So, even though the minimum sentences totaled 40 years, the judge ordered them to be served at the same time. The third charge has a requirement that its ten year minimum be served after the completion of all other sentences. So, a total of 40 years for all three charges. He has appealed his conviction, but I don’t know the basis for that appeal and don’t feel like paying PACER fees to find out.

The entire incident was caught on multiple body cams. The video is embedded below. The shots happen at 19:20.

So now teachers have to call a kid whatever name he or she picks for themselves instead of the legal name that they are registered in school under, or else we are guilty of bullying? What happens when a kid decides their name is Slick Daddy G?
This is ridiculous. I will call each student by their legal name. If they (or their parents) don’t like it, then go to court and get the name changed.
So help me, I am going to identify as using one of the following names, and then demand that everyone use that name:
George Pooney
Squirt Reynolds
Luke Thighwalker
Peter Dragon
Lance Hardwood
Dick Plough
Miles O’Pecker


Then I am going to walk into the girls’ locker room any time I feel like it, because to keep me out is to discriminate against my sexual orientation.
If they refuse, it is only because they are bullying me.

The president used his constitutional position as Commander in Chief of the Armed forces to restore the rank of three accused military personnel, including the rank of SEAL Eddie Gallagher. His completely out of bounds courts martial was filled with JAG misconduct, including the clearly unconstitutional decision of the prosecutors to electronically spy on his defense attorneys. Beyond this outrage – which no one was prosecuted for – these idiots then used an immunized witness who testified that he killed the alleged ISIS victim, and NOT the accused. Gallagher was acquitted of everything except some piddling charge of taking a selfie with a terrorist stiff, which normally would have been handled with non-Judicial punishment, and still had the book thrown at him.

After the acquittal, the JAGs decided to award each other medals. Medals. Not indictments for their eavesdropping antics. Not letters of reprimand for their staggering incompetence. Medals. President Trump got wind of this and had to personally direct that these defective decorations be withdrawn. Fast forward to the restoration of Gallagher’s rank and what happens next? The Naval Special Forces commander, apparently the next day, initiated a proceeding to take Gallagher’s SEAL trident, his status as a special warfare operator.

Here is the most insidious part- Gallagher had already announced his retirement, and was due to be discharged in November. No matter what, Chief Gallgher was never again going to be on an actual SEAL team. Instead, the initiation of this review means that he could not be discharged until the review and all of the associated appeals were complete. So instead of retiring in November, he would perhaps be retiring next spring.  This was pure retribution for pissing off the Obama-era admirals, another example of Obama and his cronies trying to gum up the works.

President Donald Trump needs to announce a reduction in rank for the admiral in charge of the Naval Special Forces Command, for continuing with the punitive measures against Chief Gallagher against orders to the contrary. Contrary to what the Navy PIO had to say, an order doesn’t have to be in writing to be an order. Had the admiral mentioned that he wanted something done, and one of his subordinates refused to do so until the orders were in writing, that sailor would have been in NJP and reduced in rank within 48 hours. I know, I did 7 years in the Navy myself. Officers are very unforgiving of what they refer to as “sea lawyers.” I think it would be poetic justice to reduce him in rank to Commander, take away his Trident, and then place him in charge of the mess hall at some out of the way jerkwater naval base for the remainder of his career.

Once that is done, Trump needs to demote that Admiral’s boss for failing to maintain control of his subordinate. While he is at it, the PIO of the Navy should be second in command of the aforementioned mess hall, for allowing his command to issue passive aggressive statements disrespectful of the President. The Navy JAG corps likely needs some house cleaning, as well.

If none of that is legally permissible, then they could always convene a GCM for each of the officers above for violating various sections of the UCMJ. Here is an article that kind of touches on the legalities involved.  One thing is for sure- senior military officers are under the mistaken assumption that they have the ability to refuse orders from the chain of command. That is a dangerous state of affairs for a country with a history of a civilian controlled military.

Remember that police are the only ones that can be trusted to own guns, even when they are intoxicated and threatening Lyft drivers at gunpoint.

I thought that this story about the Voyager probes measurements of interstellar space was fascinating.

Do you know why red flag laws won’t work as they are advertised? Because the government has been collecting too much data, and have not been verifying that what they are collecting is accurate. There is an old saying in computer circles: GIGO- Garbage In, Garbage Out. A computer database cannot be more accurate than the LEAST accurate data it has been fed.

As this unfortunate man found out, the cops are not all that motivated to ensure that the information they are keeping on all of us is accurate. The result is that innocents suffer, and criminals walk free.

The real travesty here is this:

There were discrapancies, but the cops didn’t care:

“It’s up to you guys,” replied the dispatcher. “Everything else that you gave me matches. So I guess he’ll need to get it straightened out at the jail.”

They didn’t care whether or not they got the right guy. Their default is to lock you up, and let YOU figure it out.