There is a story in Central Florida news media about a man who studied “hospitality management” in college and is complaining that he cannot get a job that pays him what he wants to be paid. I used to interview candidates and was responsible for hiring people, so I want to try and figure out why he can’;t get a “career.” Let’s start by taking a look at his qualifications:

First, his resume (pdf warning) and cover letter (pdf warning) have multiple grammatical and spelling errors.
Education:
He has a two year degree in hospitality management that he earned 18 years ago. Two year hospitality degrees are a dime a dozen in hospitality focused Central Florida. The college that he went to is out of business, so no way to confirm his degree or education.

He mentions being in JROTC and says that he dedicated 3 years of his life to the “core.” JROTC is a high school program, and it is spelled “corps,” not “core.” I wouldn’t mention this any more than I would mention being in the high school chess club.

While earning that two year degree, he worked as a cook and waiter at an assisted living facility.

After graduation, he claims to have taken over as the “supervisor” of Yvonne’s Southern Cuisine for the next four years. That restaurant had poor Yelp reviews before it went out of business ten years ago.

That’s it for hospitality management. He then went on to be a driver for a trucking company that owns exactly one truck. He worked there until the place went out of business. Maybe he was the owner?

In fact, he worked at five different companies in less than three years and claimed to have supervisory duties at three of them.

This guy can’t get a “good job” that pays more than $10 because he has no real education, certifications, or experience. The fact that there is no record at all of the real estate company he claims was his employer for the past two years, and the three jobs he had before that lasted only a couple of months each makes him look like a poor employee.

His resume just doesn’t make me want to hire him for anything other than an entry level position. He needs to be more realistic. The comments on that article claim that his inability to get a job is because people are racist.

Cop has a Negligent Discharge, blows a hole into his neighbor’s apartment.

I was just thrown in Facebook jail for this picture that I posted last April: 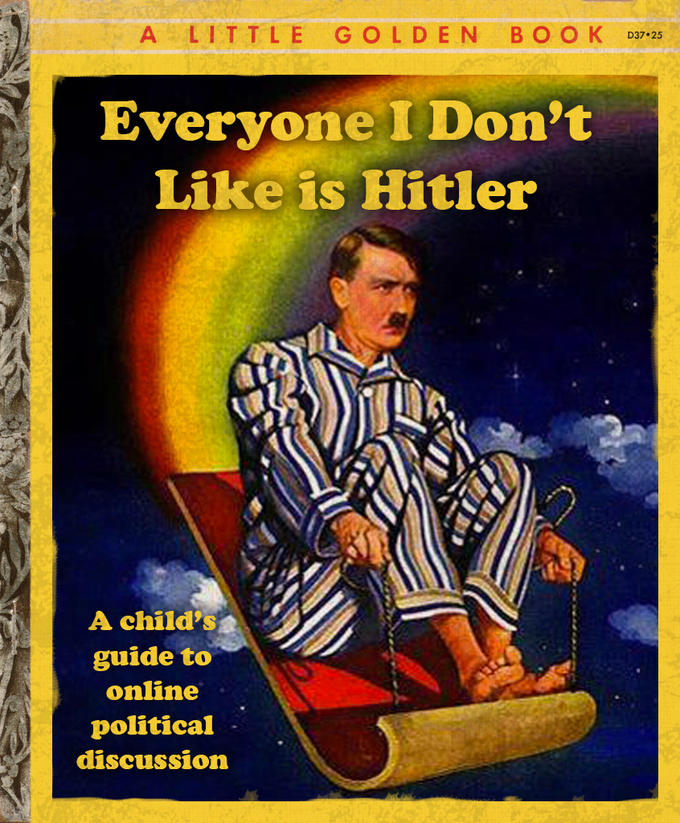 An old Navy buddy of mine sent me an email today about an incident that happened at the range where he lives in Michigan. He was on the firing line when he felt a burning pain in his shin. He looked down, and pulled this out of the fabric of his blue jeans: 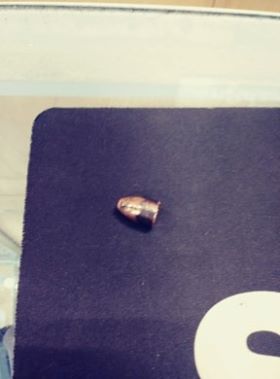 I was at the range and there was a couple shooting in the next lane over. They obviously were inexperienced shooters and didn’t know what they were doing. I felt an impact to my face and the RSO called a cease fire. It appears that they had an ND and shot the divider between lanes. The bullet fragmented at a piece of it hit my safety glasses. The RSO made everyone was OK, and the new shooters were only allowed to continue after a second RSO was called over to personally supervise them.

If a person tells you that they have HIV while they are trying to bite you a lethal threat?

The standard is a five part test, according to self defense attorney Andrew Branca:
– The person claiming self defense (you) must be innocent (didn’t start the fight)
– You must have tried to avoid the fight
–  The lethal threat must be imminent
– Your use of force must be proportional

I really don’t want to turn this into a discussion about the first four points. The one I want to focus on is the point that makes this situation unique: the last one. If a person is attempting to bite you while claiming to have a deadly disease presenting a lethal threat? Would using lethal force against such a person be proportional? In other words, if a person is threatening to give you AIDS by biting you, would shooting them be legally defensible?

Yesterday, a 17 year old central Florida high school student was caught with marijuana and a loaded handgun while attending a sporting event at a high school soccer game. It was an away game, so it wasn’t at his school, but rather an away game at a nearby school.

It is a Federal felony for anyone to have a firearm within a school zone unless they fall under a number of exceptions, none of which applied here.
It is a third degree felony in the state of Florida for anyone without a CWP to have a firearm on school grounds.
It is a third degree felony to carry a concealed firearm without a CWP.
It is a felony to possess marijuana on school grounds.

So was the student arrested? No. In fact, the incident occurred before 10 p.m. and the teen was at home, sending out posts on social media that same night.
Was he suspended? Not as of today.

Schools lose funding if there are too many suspensions and arrests in a school district. Schools, not wanting to lose that sweet, sweet funding, often overlook criminal behavior so that their statistics look good. I am sure that we all remember this was why the Parkland shooter and Travon Martin never got in trouble before they progressed to big boy crimes.

It appears like our schools have learned nothing from the MSD shooting.

This guy here murdered his wife, three kids, and the family dog. He didn’t use a gun, so their deaths are not “gun death” so they don’t count, as far as the left is concerned.

As I said in my previous post, I am in the middle of trying to convert to using a microdot sight for my EDC. The sight is a Holosun 507c. I mounted it on top of my Smith and Wesson M&P9c using a Trijicon RMR mount that fits in the rear sight dovetail. Installing it was difficult because I could’t press it using my sight tool.

Right now things are going well, but I am having a couple of issues. First, the good news. Here is 15 rounds at 15 yards on a B29 target: 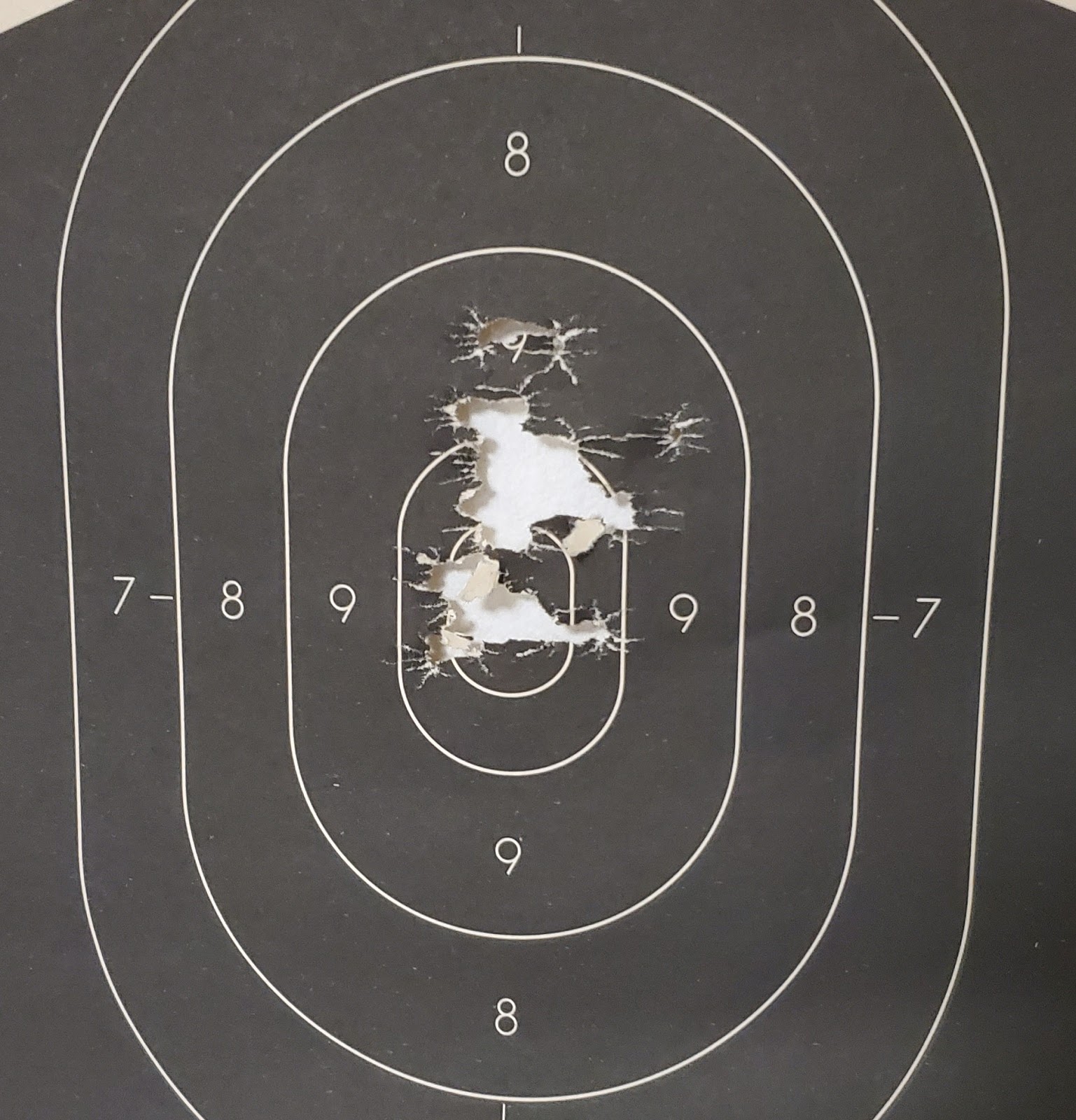 I did that while firing about two shots per second, but I am guessing at the time. That brings me to my first problem: No timer yet. but I am waiting on the delivery of a MantisX.

My second issue is that the time from draw to first shot seems slow. This is caused by having to hunt for the reticle. Once I find the reticle, followup shots are fast and easy. What I think is happening is that I have to stop indexing the pistol as if I was looking for my front sight. It feels like the pistol is pointing too low when I initially present to the target. I think dry fire will fix that.

Do you remember how much criticism President Trump got from the media when he blamed Puerto Rico’s politicians for stealing aid meant for Hurricane Maria victims? It turns out he was right.

This attorney is either lying, knows nothing about business, or is smoking the weed that his father is peddling.

The vast majority of business owners are not the mega rich, and they don’t have the profit margins to pay for increasing the minimum wage from $8.60 to $15 an hour. The profits earned from the money invested in a business amount to less than a 7% return on investment. A 74% increase in the cost of labor means that the ROI goes down to 2% or even less. A business owner needs to find ways to make up the shortfall, or else he might as well put his investment in a high yield CD for far less work and risk.

A business owner has two choices: raise prices, or cut costs. A business can only increase prices so far before customers decide that they can do without that burger or that scoop of ice cream. The next step is to automate as many jobs out of existence as possible. This is why Amazon is killing the retail industry. This is why McDonald’s is installing ordering kiosks to reduce the number of employees needed to run the place.

The Democrats keep putting things on the ballot that they know will encourage likely voters to show up at the polls. In 2016, it was medical marijuana. They are already saying that in 2024 it will be recreational marijuana.