Slate has gone full retard. They published an article on October 13th that forwards the idea that the Second Amendment protects the right to keep and bear arms, but since it doesn’t specify which arms or how many, the people should be limited to two guns each: a pistol, and a shotgun. That’s it- two guns per person, unless you apply for a license to own more and show a need to own those extra weapons. The license, according to Slate, will cost $200 and will list the serial numbers and descriptions of the guns owned.

The author is a former staffer at the Brady Campaign. He goes full retard here:

First, the Constitution and its text are a starting point, not an end point, for determining what gun regulations federal, state, and local governments may pass.

In support of this argument, the reporter admits that there is no right to gay marriage, and in this he exposes one of the fundamental flaws in his argument: the Constitution isn’t now, and was never intended to be, a list of the rights of the people. The document is a list of the powers that were granted to the Federal government. Nowhere in that document is the power granted to regulate marriage, nor arms. Of course there are other, more obvious flaws.

I originally spent over an hour refuting the rest of this idiotic article, but I tired of it. I am not going to change their minds. They also published this drivel. Don’t let anyone tell you that no one is trying to take your guns.

I am tired of arguing. So here is my new answer:  I own guns because fuck you. If you think you have the votes and the ability to deal with the civil war that will follow, then go ahead and ban them.

Pass the law, and then order the cops to go door to door and take them. Your plan, aside from being based upon a flawed legal analysis, violates not only the Second Amendment, but the Fourth, Fifth, Ninth, and Tenth.

Even so, if the law you proposed were passed, there are practical considerations: How are you going to know when a person already owns two guns? Registration? Who will manage this? How will you pay for it? Have you considered what will happen when people refuse to obey? Or simply make their own? I can make an AR15 from scratch with hand tools. As long as they are illegal, I may as well make them with a happy switch. All of the felonies after the first are free. How will you prevent that?

What happens to all of the cops who kick in doors? Are you prepared to deal with hundreds of dead cops and the martial law that will inevitably follow? Really? Keep in mind that the same people who want to restrict guns to everyone but the military and the police are the same people who despise the police and military. This is a win for them- they get to watch groups of people they hate annihilate each other, while they sit safe- or so they thing- in their ivory towers observing their intellectual inferiors. Or so they think. 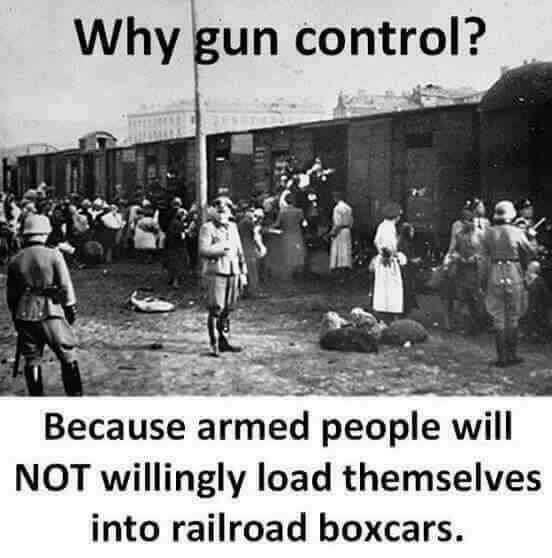