This is why I have no respect for Republicans. They are for big government just as much as the Democrats. Do you REALLY think that the military arresting people and holding them without trial is the wise thing to do?

Politics in America are not about ideals. Instead, the Democrats and Republicans are merely fighting over who gets to be the dictator.

I fought my first fire in the fall 1987. I graduated from EMT school in March of 1989.
I spent my first nine years volunteering to run EMS and fire calls. I decided to take my volunteer status full time for pay.
In the past 25 years, I estimate that I have run 35 or 40 thousand calls. I can honestly say that I have made a real difference in the lives of thousands of people, and I have literally brought dozens back from the dead. I have delivered three babies: one on the floor of a bathroom. I have taught my craft to over a thousand paramedic students, and several times that many EMT students. I have mentored hundreds.
I have been twice injured in the line of duty, and was once told that I had received a “career ending injury” and would never again walk without a cane. I fought through the injury and the pain, and was back to work in just over six months.
A full career by anyone’s standard of measurement. Today is my last day in that career. I am retiring from that career, and am embarking on my next journey, and by the time you read this my final shift will be well underway. I will always remember the good times, and wish my fellow EMS workers the best in their trials. When you paramedics next see me in the ER, I will be that Physician Assistant who (I hope) will never forget where he came from.
One month from today, I will be moving across several states to attend school in order to earn my Master’s degree in Physician Assistant studies. I must admit that I am pretty nervous, leaving my career and my home of the last 18 years in order to attend a very difficult program.

In the December issue of the Armed Citizen, there is a report of a shooting where a man repossessing a car used a handgun to defend himself from a man who shot at him. As a life member of the NRA and being a concealed weapons permit holder for over 20 years, I fully defend that man’s right to defend his own life, it should also be noted that the repossession agent was NOT legally carrying a firearm, as it is illegal for a repo agent to carry a firearm while conducting a repo.

I do not think that it serves our cause to support the illegal carrying of weapons and firearms.

I am thankful that I am still healthy, and that I get to spend time with my family today, and that I have so many friends that support and share good times with.

May you all enjoy the holidays.

Have you ever heard that you need to go to college to get a good job? I know that I did. Heck, my parents practically tied me up and took me to the military recruiter because I didn’t go to college. The reason that our parents thought that college was so important is because of how well college graduates did in college. 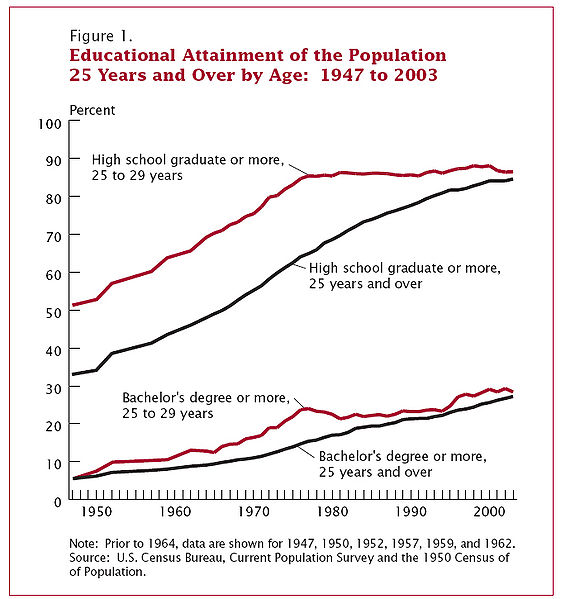 In 1950, only one third of the adults in the United States had a high school diploma. Many of the adults were blue collar factory workers and made a good living. Only about 1 in 20 adults had graduated from college.
That was before education became big business. School became easier, and kids were passed on to the next grade, not because they had mastered the skills needed, but because teachers were afraid of damaging the kids’ self esteem. In 2010, 80 percent of adults were high school graduates, and 20 percent had a 4 year degree or more.

So the latest generation is flush with college degrees that mean little, because many schools are offering degrees in things that are not needed job skills. Because we have all of these degrees, we are demanding high wages, and this has driven the blue collar jobs out of the country. Unemployment is rampant. At the same time, we are paying people the equivalent of $10 an hour to sit at home for up to two years, so there is little to no incentive for work.
Instead of making things like cars and appliances, we sit around and make war and college graduates with degrees in French Poetry and Women’s Studies. We spend money like there is no limit, and for that we are doomed. Soon, we will reach the nation’s credit limit, and our time as the world’s superpower will be over. I find myself wondering how hard the times that are coming will be.

I keep hearing the right bleat on about how this country is a Christian nation. They are wrong. John Adams, Sr. (one of the founders) wrote in the Treaty Of Tripoli, which was unanimously approved by Congress, and became law in 1797:

As the Government of the United States of America is not, in any sense, founded on the Christian religion,—as it has in itself no character of enmity against the laws, religion, or tranquility, of Mussulmen (Muslims),—and as the said States never entered into any war or act of hostility against any Mahometan nation, it is declared by the parties that no pretext arising from religious opinions shall ever produce an interruption of the harmony existing between the two countries.

Yet, the Republicans are constantly trying to worm religion into every corner of American life, by using the coercive power of the state to do so. For example, wanting to alter the WW2 memorial to add a prayer to it, or passing resolutions about posting the phrase, “In God We Trust” in public buildings. (Even though the phrase was not a US motto before 1957)

Look, I don’t care if you worship any particular god, but using government to force others to listen to your version of “the way” is not proper. Show me in the Constitution where it says that we are a Christian nation.

A religion is like a penis- it’s great that you have one, but rude to try and cram it down other people’s throats.

My opinions for Unions have been expressed before. In fact, I have done so on more than one occasion. I have worked in two different workplaces that would be considered a union shop. One of the biggest problems with a union shop is that they are run as a democracy, with the majority making decisions that everyone must abide by. Another big problem is that certain members of the union use power and influence to control what the majority thinks and votes for. This can result in some pretty underhanded dealings.

The most recent union shop is the one that I am about to retire from. The issue that has brought this to light is a recent vote that was taken by the union at my current employer. Let me begin by saying that I am retiring in 5 weeks, and will not be affected by this vote, but that doesn’t mean that I approve of how it was done.

The vote is to change the fire department schedule from a 24 hours on, followed by 48 hours off, to a schedule where firefighters work 48 hours on duty, followed by 96 hours off. This topic has come up for debate every year at contract time, for about the last five years and has not ever been approved. There are a lot of conflicting opinions on this, and I will not debate or air them here. Instead, I want to talk about HOW the vote was done.

There is a core of firefighters that want the schedule to change, and they have been pressing for it for a few years now. An election was recently held for union president, and the new president is in the 48/96 camp. As his first act, he decided to lobby everyone for the schedule change and held a vote, which he said would require a 65% supermajority to implement. Everyone would be able to vote, even employees who would be affected by the change, but were not even union members. Sounds fair, right? I thought so too, but the devil, as they say, is in the details.

The vote was done by secret ballot. Each voter was given a piece of paper and told to write which schedule they preferred. There are 90 firefighters who work for the fire department, and the vote was close to not passing with the required 65%: There were 60 votes for, and 27 against, meaning that the new schedule was approved by one more vote than was required.

There is a catch: At least three votes were not counted. Mine, another firefighter who has said that she is leaving in February, and a firefighter assigned to a 40 hour work week in the front office. The excuse for that is because two of us were quitting, and the third was not going to work that schedule, our votes shouldn’t count. Additionally, there were people who wrote “I don’t care” and another who wrote “I have no opinion until I see details” and both of those were counted as “yes” votes.

Complicating things further, the president, who was the one pushing for the new schedule, was the one who collected and counted the ballots, which he claims to have thrown away after counting them.

This whole issue is like our elections process in miniature.

And before anyone comments here about how unions are evil, stuff it. Corporations are no better: Enron, Citigroup, GM, and many others have proven that people are the problem, not the organizations that they create to gain power.