In Orlando, a police officer is facing criminal charges for excessive force after beating a handcuffed prisoner in the jail. The officer in this incident was transferred into the jail after the city had to settle a lawsuit from March of 2014, because the officer had arrested and confiscated the cell phone of a witness who was recording him using excessive force on a person who was being arrested.

Officer Delio is accused of striking 41-year-old Robert Liese so hard in the abdomen with his knee that he ruptured the man’s spleen and tore his stomach lining. The incident happened Aug. 12 inside a holding cell at an Orlando Police Department substation downtown.

In fact, this incident is the fourth time this particular officer has faced criminal charges for excessive force.

Tell me again how the police are the only ones we can trust to own firearms.

These three mental giants are lucky that they are alive: (From a press release)

On
March 20, 2015 at approximately 3:30 a.m. a Kissimmee patrol officer was
sitting in his marked vehicle in the parking lot of 1532 West Vine Street
observing traffic.  The officer noticed a black Ford Mustang convertible
traveling east on Vine Street with three male passengers inside the
vehicle.  As the vehicle came closer to him, the officer saw the back seat
passenger point a long barreled rifle directly at him and he heard a loud
bang.  The officer believed the male had just shot at him. The
officer requested assistance and began to catch up with the mustang.  Once
additional officers were in position, a felony traffic stop was conducted on
the Mustang.  The three occupants were identified as Daniel Velazquez
(D.O.B. 11/30/97) who was the driver, Kelvin Lopez-Beerbower (D.O.B. 12/17/96)
and Ruben Lopez-Beerbower, who was the individual that shot at the
officer.   Two long barreled rifle style pellet guns and pellets were
found inside of the vehicle.  When asked why he shot at the officer, Ruben
shrugged his shoulders and gave no verbal response.
All
three men were placed under arrest.  Ruben Lopez-Beerbower was charged
with Aggravated Assault on Law Enforcement Officer.  Kelvin
Lopez-Beerbower and Daniel Velazquez were charged with Criminal Conspiracy
Aggravated Assault on a Law Enforcement Officer. Ruben and Kelvin were
transported to the Osceola County Jail held on $10,000 and $5,000 bond
respectively.  Daniel was transported to the Orange County Juvenile
Detention Center.

The cops in this case showed remarkable restraint.

The next time that someone tells you that a militia can’t take on the US military, send them to this post. This female First Sergeant got a MEDAL for wasting time on the Internet so she could rat out soldiers for making disparaging remarks about women on the Internet. She reported them to the Army’s SHARP(sexual harassment and rape prevention) program.

Sure, there are men like Marcus Luttrell and Chris Kyle, but they are FAR outnumbered by whiny little pussies whose sole contribution to the US military is whining about political correctness and throwing their weight around.

Our military has become a paper tiger that is filled with units whose main job is to fight the politically incorrect. 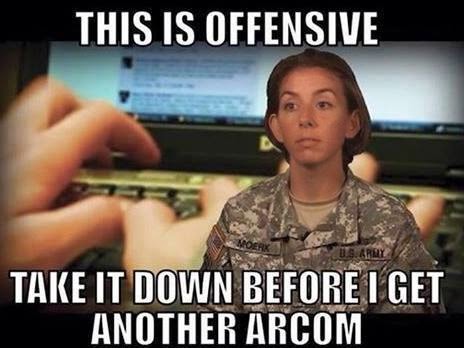 To those who don’t think you need to carry a weapon in church:

St. Cloud police said that a woman was shot in the back of the head and
twice in the back in a domestic shooting at a church in St. Cloud.

Where I teach, like most schools in America, we have a drug problem. It isn’t as serious as most schools, but it is there. The police got wind of some drug dealing, and decided to show up with a drug dog, which they used to sweep the school parking lot. They uncovered some drugs and a couple of weapons. (One of the kids busted with drugs was one you wouldn’t expect- a National Honor Society, straight A type)

The weapons were knives, there were no firearms. After, the vice-principal (the same idiot from this post) was going from classroom to  classroom and talking to the students about the incident. One of the students asked him if they could bring pepper spray to school, and he told them yes, because the law doesn’t consider pepper spray to be a weapon.

(2)(a) A person shall not possess any firearm, electric weapon or device, destructive device, or other weapon as defined in s. 790.001(13),
including a razor blade or box cutter, except as authorized in support
of school-sanctioned activities, at a school-sponsored event or on the
property of any school, school bus, or school bus stop

It seems pretty clear cut, right? Well, I can’t point this out to him because we have gotten in discussions in the past where I attempted to point out to him (politely) that he was incorrect in his belief in what the law says, and he told me to stop quoting the law to him, and for me to remember that I work for HIM and that he gets to tell me what the law says, not the other way around, because he is the boss.
I really detest working for people like this.

The latest it of gun ownership propaganda disguised as science and as news is that gun ownership is on the decline. They claim that there are fewer people buying guns. Of course, they can’t hide the fact that there have been so many guns sold in the last year, that the NICS system that performs background checks has been overloaded.
So how do they spin this fact? They do a survey to ‘prove’ that gun sales are up, but the guns are being sold to just a few people. The problem is that this supposed ‘fact’ is being proven because of a telephone survey. According to this survey, which is disguised as science, they claim that 20% of the US population owns 65% of the firearms. There are a number of problems with this claim. Let’s take a look:

The entire basis for this claim is a survey where a caller phones your home, and then asks you if you have a gun in the house. I don’t understand how anyone thinks that this method is in any way scientific. There are a number of flaws in this survey: selection bias, response bias, non response error, and other sampling problems ensure that ANY survey of sensitive issues will not reflect the true numbers.

The true test of gun ownership rates is not self reporting surveys, but other metrics like total gun sales. Of course, gun sales in a nation that does not register firearms don’t tell you how many people are buying firearms, only how many firearms are being bought. The closest remaining metric is the issuance of concealed weapons permits.

This means that the rate of gun ownership in the state of Florida is 6
percent higher than it was 14 months ago, which translates into about a
5 percent annual increase in gun ownership.

That is hardly a decline.

My boss, the vice principal, threw me under the bus today. Let me start by explaining that I have been evaluated through observation and the test scores of my students. My evaluation has come back, and I have been rated as being among the top 10% of teachers in the school.

I have a student in my class who has been a constant discipline problem. It began in September when this student got a few zeroes for not turning in assignments. She asked me for extra credit, and I explained to her that I do not do extra credit: you either meet the standard, or you don’t. I gave her the opportunity to do the assignments that she missed, and she refused, saying that those assignments were stupid. She then posted on Twitter things like: “Fuck my science teacher, he won’t give extra credit” and “I’m gonna get rid of my science teacher.” I wrote her up for that, and reported it to the principal. Her parents requested a meeting with the vice principal, and immediately went on the attack.

That was when I found out that these particular parents and their children do this every year. They pick one teacher, and spend the year making that teacher’s life miserable. In the past 6 months, these parents have filed over 100 complaints against me. For example: Last month, this student punched another student in the stomach while a third student held the punchee’s arms behind his back. I gave her a referral, and the parents wanted to know why I did that instead of emailing them, and filed a complaint.

In one of the many parent-teacher conferences I have had with this parent and the vice-principal, he accused me of giving his daughter bad grades because I didn’t like her. I showed him some of her work, to show that she turns in shoddy work. He then said that I was probably just putting her name on things that I had done poorly myself, in order to frame his daughter. He then told me that I was a damned liar, and that he was going to get me fired. Not wanting to sit there and be abused, I got up to leave, and was told to sit down by the vice-principal. I was later told that we have to listen to and take whatever a parent or student wants to say to us, and getting up from a parent/teacher conference is cause for termination.

That brings us to today. He was angry because she got detention for calling me stupid and for sleeping in class. He was also angry because his daughter has a D in my class, and because I was making her write reports in Biology class, claiming that I am not a writing teacher and have no authority to make students write in a science class.

He asked the vice principal to move her from my class because he was afraid that I was trying to hurt his daughter. This is the second time in two weeks that he has claimed this. Note that not once have I been near her in anything but a classroom setting, along with 25 other students. The parent stood up, pointed to me, and said “Don’t you fucking eyeball me, boy.” and then stormed from the room. The vice principal told me that if I can’t get along with this parent, I will be terminated.

I went to the other vice principal about an hour later, and I told him that if that child is not removed from my class by Monday, I am resigning. They removed the student from my class, but I just don’t know if I can teach. I don’t think that this career is for me. The problem with the education system in this country is this:

Parents who think that their little snowflake is an ‘A’ student, and anyone who says otherwise is a liar who is picking on them. Then they threaten a lawsuit, and the school backs down, because teachers can’t sue, but parents can. As a teacher, I was told by other teachers that the only way to stay out of trouble and keep your job is to give nearly everyone at least a C, try not to report students for anything, and keep the parents happy. Who cares if the kids learn, the parents don’t want smart kids, they just want kids with good grades. 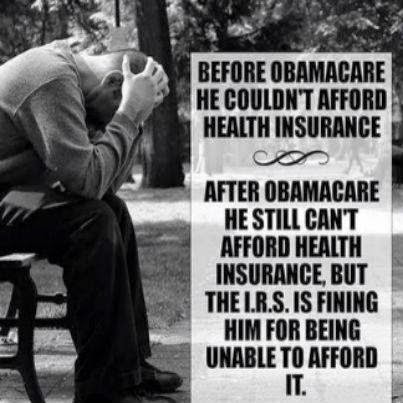 The cops don’t mind these private security guards having police powers. Until they started pulling over the police for speeding and breaking the law.