A man is arrested for threatening to kill Jews. The report is found on Orlando’s CBS affiliate. What I found odd what that the story is found on other news sites, and the CBS version leaves out many details.

From the CBS story:

The comments included anti-Semitic remarks and threats to “murder as many people as I can,” according to the Sheriff’s Office.
Arong also appeared to identify as an incel, which refers to a misogynist group of men who identify themselves as “involuntarily celibate.”

Also note that the only picture in the article is of white hands over a laptop computer. This is important because many in Central Florida accuse WKMG, the CBS affiliate. of media bias.

Note the differences in the article, as found at news-journal.

“I hate jews because I am an inbred LOSER.”
“I don’t want Red Flag laws passed because the FBI might raid my residence and confiscate the weapons I will use to kill other Americans. Thank you”
“I hate myself. I am uglier than the El Paso shooter, and girls don’t like me, so I will murder as many people as I can. Thank you”

While not factually incorrect, the details change the story. Here also is a picture of the suspect: 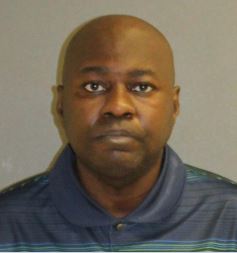