AOC’s remarks about ICE detention centers being like Nazi concentration camps has caused international outrage among the Polish Jewish community. As a result, a member of the Polish government has invited her to come and tour an actual concentration camp, so that she can see for herself.
From his invitation:

Here is the letter she was sent. 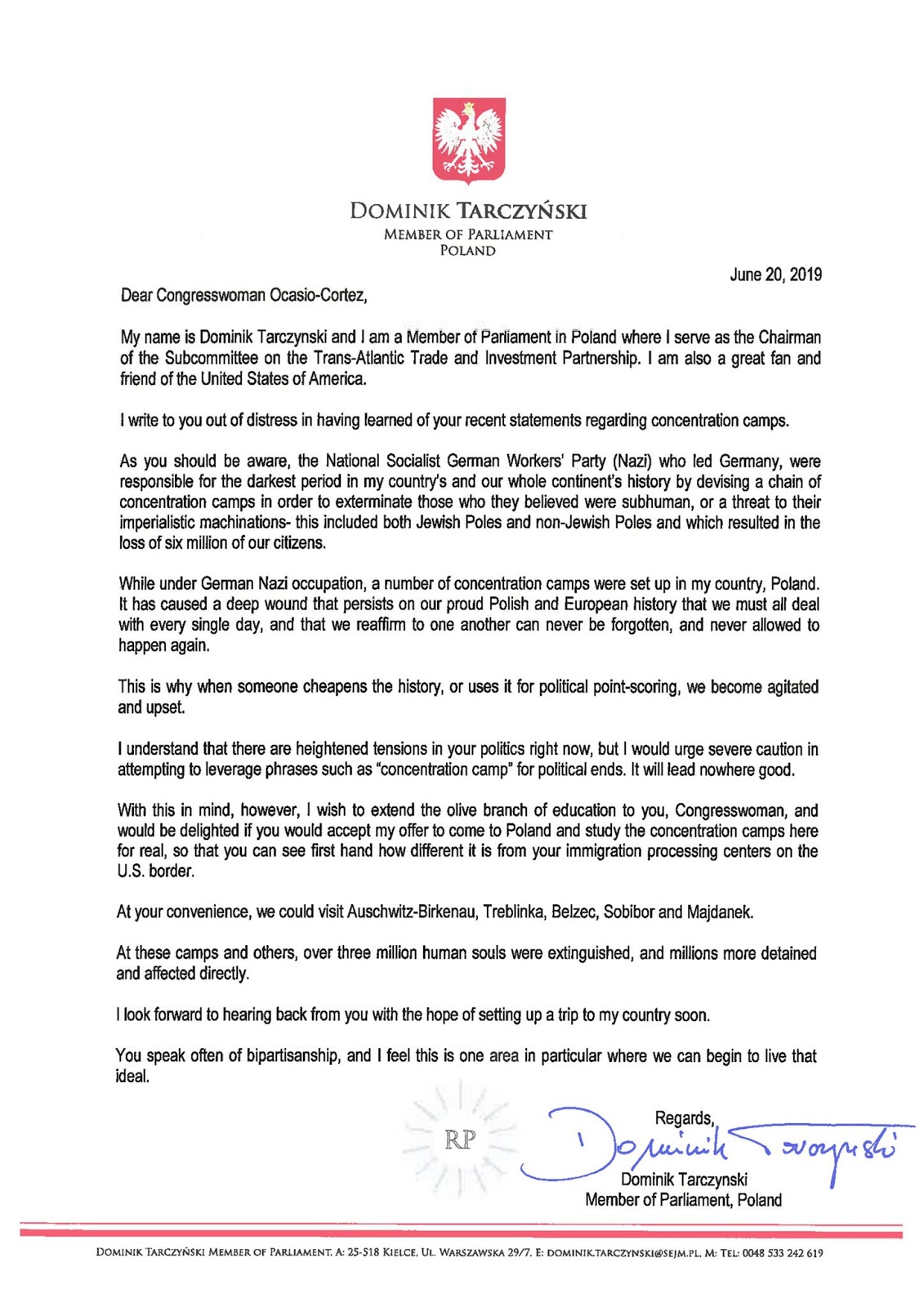