Every year, there are a couple of things that happen just before school starts. One of them is that teachers have to complete refresher training in the proper way to secure a classroom in the event that there is a mass shooting. We are taught to do a number of things. This first picture is a screenshot from the actual training video that we are required to watch.

Pay special attention to the picture in the center. They have taken a table, wrapped an extension cord around it, and then tied that cord around the doorknob.

Then there is this method: 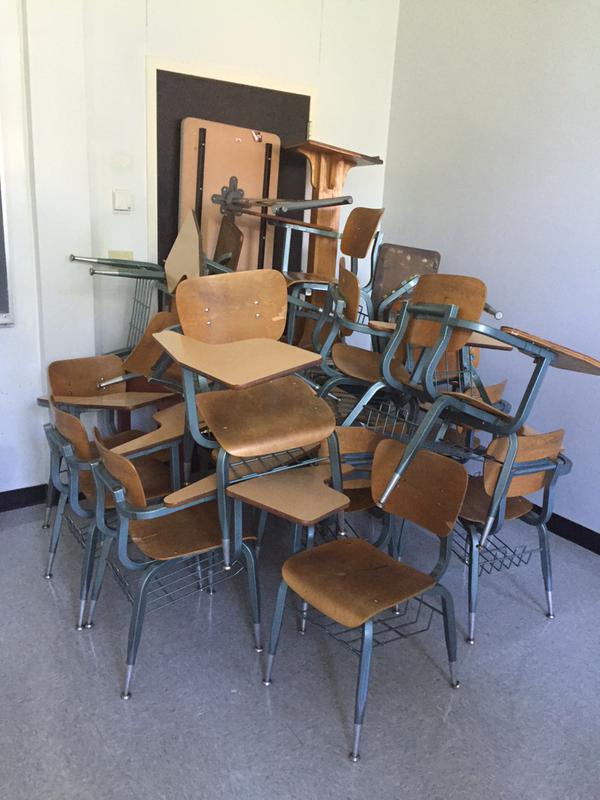 My door opens out, so not effective. What about this one? 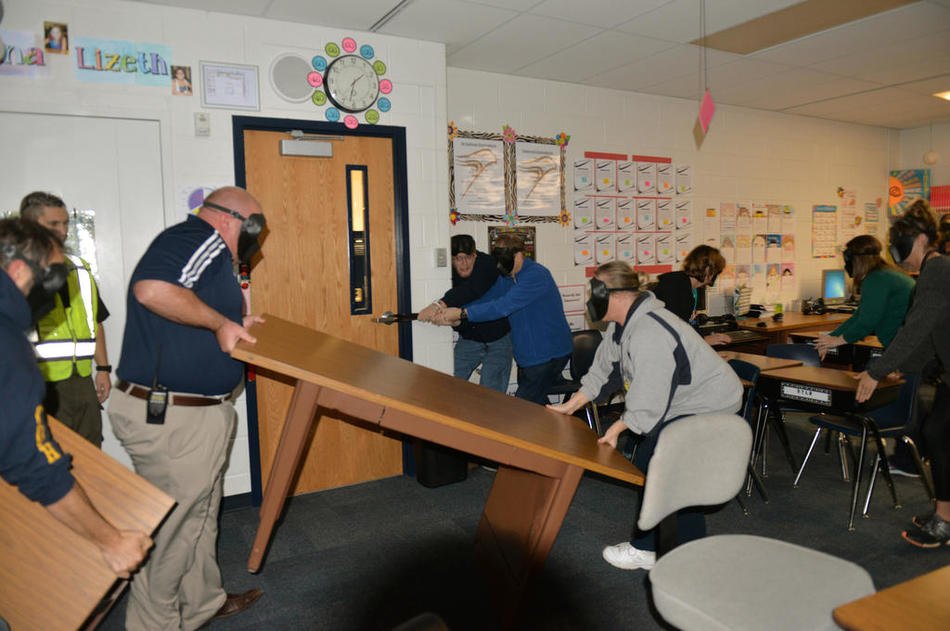 Stupid. Places your students in front of the window in the door where they can be shot, and also note that there are two people playing tug o war with the door knob. If only there was a better way…

Well, two years ago I found a better way. I paid $150 for two of these. My classroom and the one next door are connected by an office, so I got 2 of them- one for the door to each classroom. It  securely locks the door, making sure no one can enter. 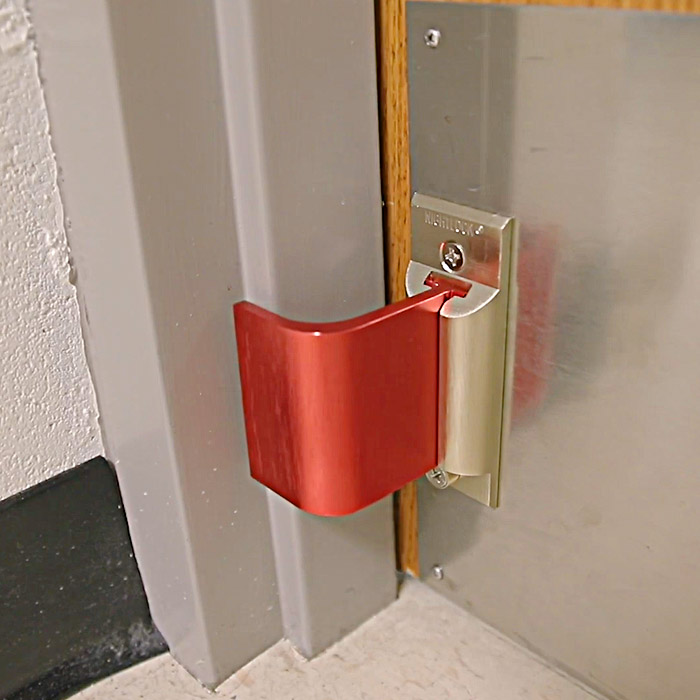 All’s well, right? Teacher finds a way to secure two classrooms at no cost to the school. Well, that brings us to the second thing that happens every year: One of the cops assigned to campus security visits each classroom to review how secure the room is. They ask the teacher questions like: “If there was a shooter in the building, where would you have your students take cover?”

Then he noticed the extra door lock and asked me: “If there was shooter and we needed to get in here, how would we get in?”

I responded with “I would have to let you in, because nobody is getting in here once I lock that door, unless I let you in.”
He said, “what if the shooter were already in here when you locked it, and had already shot you?” I responded that the teacher in the neighboring classroom would let them in the room next door.
He then asked me, “but the shooter would surely have shot the other teacher as well.”
I then said, “Look, you are trying to twist some convoluted scenario where you are going to prove that this lock won’t work, no matter how unrealistic. There is no difference between what I have put here and tying the door shut with a table barricade, except that my device will actually work.”
He said that he would be reporting it to the school safety authority, because they cannot have a room where the police cannot simply enter by using their master key. THAT was his real issue. He can’t stand the fact that there is a room that he cannot get into.

I don’t know what will come of it. I don’t think they can have me remove it, because I drilled holes through the door to install it. I guess we will see.

It would be interesting to see how easy it is to get a master key. If the police have copies, I bet you can buy one…

In NYC, most buildings (certain categories, I don't know the details) have a common lock that can be opened by a key that police and firemen have. It's illegal for ordinary people to get a copy in NY, but in New Jersey you can buy a copy for $2

The cop is a classic example of the Big Bang Theory "petty functionary with a clipboard."

I went through some safe environment training awhile back where they advocated getting those very same locks/stops.

Barney needs to get over himself.