By now, all of you  have read about the Muslim who tried to kill a police officer in the name of Allah using a stolen police firearm as his weapon of choice. His mother stated that he was a “devout Muslim.” I want to make sure that some facts of this shooting see a wider audience:

A few facts from this story at Philly.com:

Edward Archer confessed to investigators that he had acted “in the name of Islam,” authorities said.

In the name of Islam, eh?

In the fall of 2011, he traveled to Saudi Arabia for a pilgrimage to Mecca and stayed for several weeks, an FBI spokesman said. The next year, he went to Egypt for reasons that are unclear and spent several months there.

After reading that, look at this gem of a statement:

Investigators are scouring Archer’s Internet activity to see if he may have had contact with ISIS members or other radical Islamic groups. A law enforcement source said late Friday that so far they have not found any indication that Archer had been in contact with known terrorism suspects.

Maybe the fact that he traveled to two countries that are known hotbeds of terrorist activities is a hint? The usual suspects then chime in:

Jacob Bender, executive director of the Philadelphia chapter of the Council on American Islamic Relations, said the incident “should not be seen as representative of Muslims or the faith of Islam,” and called for a thorough investigation of the shooting.

The shooting was carried out with a handgun that had been stolen from a police officer:

Archer was armed with a semi-automatic 9mm pistol – a police-issued firearm that had been reported stolen from an officer’s home in 2013, Ross said. He said it was unclear how Archer got the gun.

The shooter was a convicted felon:
In January 2012, Archer threatened another man with a gun in West Philadelphia. He pleaded guilty to simple assault and carrying a firearm without a license. He was sentenced to 9-23 months in jail and two years’ probation. He was still on probation at the time of the shooting. He was immediately paroled, without serving time.

He was convicted and awaiting sentencing on charges of forgery, careless driving, and driving on a suspended license, and more. He was to be sentenced on Monday.

The Mayor stated that this shooting shows that there are too many guns on the streets. He also had this to say:

The District Attorney doubled down on the stupid:

This shows us the need for smarter laws when it relates to guns on the street.

So let me get this straight:

A Muslim who is a convicted felon on probation for other crimes shoots and attempts to murder a police officer using a firearm that was stolen from a cop’s home during a burglary. He then admits and states that he did it to further the cause of Jihad. We are told that this is not related to terrorism, and that we should in no way use this shooting as a yardstick with which to judge all Muslims.

Then we are told that this indicates that the one group of people who were not in any way involved in this incident must be punished, because gun owners are to blame when a police officer’s weapon is stolen by a terrorist criminal and is used in an attempt to kill another police officer. 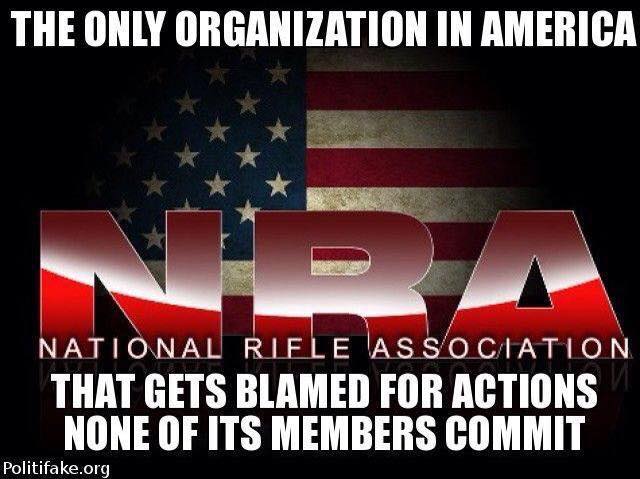 People who have read this post: 281
Categories: Uncategorized
Tags: teaching

Yeah, that's the kind of reaction we've come to expect from the PTB. More what we're used to hearing.

I about dropped my teeth when the NBC evening news reported that he was a Muslim, claimed that he did it in the name of Islam, and that it was a stolen gun. Usually they would not mention those facts, as they don't fit into their normal narrative.