There are organizations out there calling for a boycott of Florida because of the “Stand your ground” law and the Zimmerman case. Here is one: 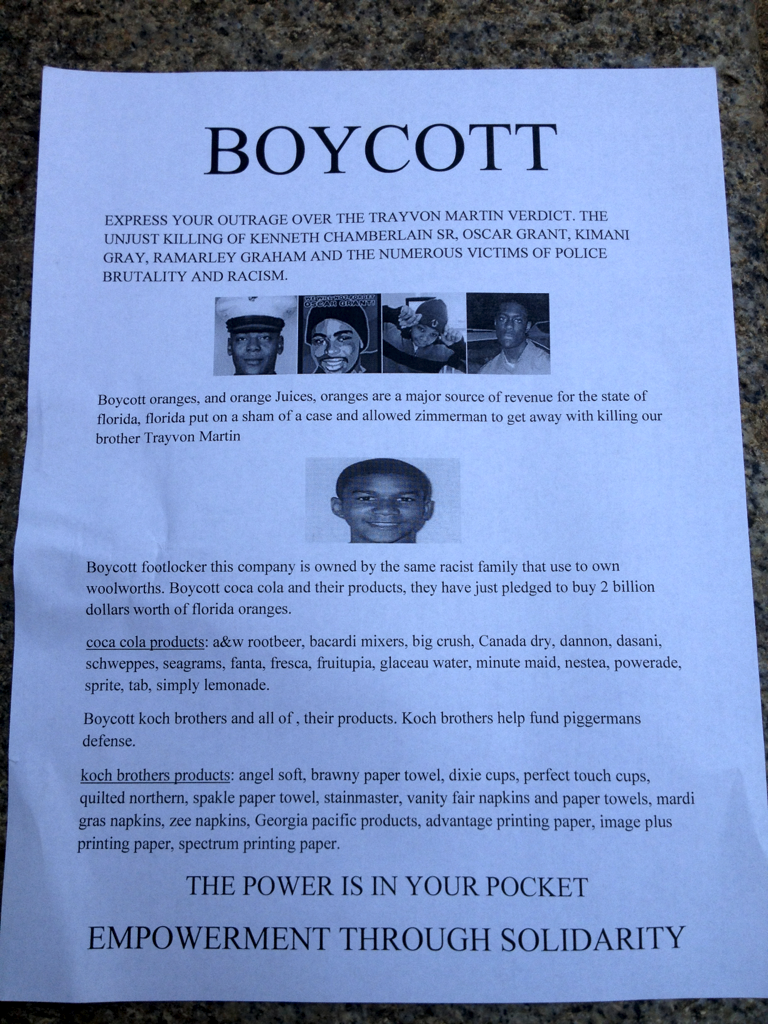 It calls for a boycott based upon the supposedly racially motivated killings of numerous black people. The problem is that only one of them (Trayvon Martin) was killed in Florida. Oscar Grant was killed in California, while Chamberlain, Gray, and Graham were all killed in New York. Furthermore, all of the killings except Martin were performed by police officers, and none of the cases had anything to do with “stand your ground.”

So who is behind this? The People’s Power Assemblies, for another. They are a part of the Workers World Party, a communist organization that intends to overthrow the government.

So there you have it. The reason that all of this is being pushed, is that there are forces involved here that want to overthrow the US government. How is that for “fundamentally transforming” America?