On Monday, I decided to spend the afternoon at Universal Studios. As usual, I was carrying a weapon. In this case, I was carrying a S&W M&P Shield, a 9mm handgun, in an inside the waistband holster on my right side. We arrived at Universal around 2 in the afternoon, and left at about 8 o’clock.We decided to stop at a Hibachi grill that is directly across the street from the Universal parking garage, a place called Kobe Steakhouse. We left there at about 10:00.

Being September in Central Florida, it has been rather hot and humid as of late, and so I decided to stop at the Walgreen’s pharmacy next door for some Gatorade. I checked out and left. While we were there, I noticed some rather unsavory characters entering the store. Here is a picture of one of them: 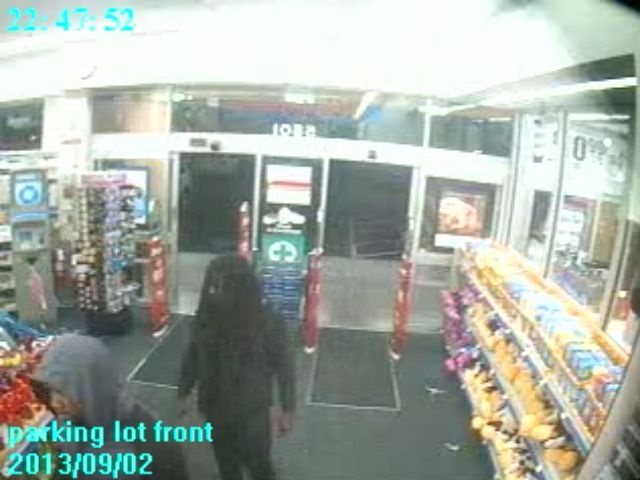 I would have been more suspicious, but I was recently told that wearing a hoodie and hiding your face when it is 85 degrees outside with 85% humidity is a fashion statement, so I just left. It turns out that those two men robbed the place and pistol whipped the clerk.

I missed becoming the next nationally known racist by a minute or two. The best way to survive a gunfight is not to be in one, and that was a close call.

Been busy with family stuff.