Commies in the open. Fire for effect

In Portland, protesters have taken over a house and refused to allow a family to be forced out. They are claiming that greedy investors have cheated the family out of their house. Protesters have barricaded themselves in the home, and turned it into a fortress.

They have fortified the house, armed themselves, and are defending it in battalion strength. The police are too afraid to do a fucking thing about it. So how did this happen?

The family who has lived there for over 60 years saw their 17 year old son get in a fatal hit and run auto accident that caused them to be sued for big money, so the family needed to raise money for their legal defense. They turned to the only asset they had: the house. Since they had shitty credit, they had to sign a subprime loan. The legal case was settled, and for much less than the family had borrowed. Now they could have put the unused proceeds of the expensive loan back into the loan as an early payment and saved themselves a lot of interest, but instead went on a spending spree. Hey, they had bad credit, so it’s obvious that they aren’t so good with money.

The son got busted for drugs. That cost even more money.

They made the payments for 13 years. Then they decided that their woes were being caused because of racism, and became followers of the sovereign citizen movement. (When has THAT particular idea been a good one?) They stopped paying, and missed the next year and a half of their payments. Why? Because sovereign citizens are apparently allowed to borrow money and not pay it, because reasons.

The bank foreclosed on the property in 2018, and it was sold to an investor for $260,000. In September, the new owner got an eviction order.

They were able to secure $300,000 on GoFundMe in order to buy the house back. The investor who purchased it at the foreclosure auction agreed to sell it back to them for what he paid for it. That is a wise thing on his part, because that house is trashed, and he will never make a dime on that property. The family, however, is refusing to take the deal until their list of demands are met.

Watching the armed sentries, one is tempted to see if you can hit one from several hundred yards away. I am wondering if someone hasn’t already thought of this view: 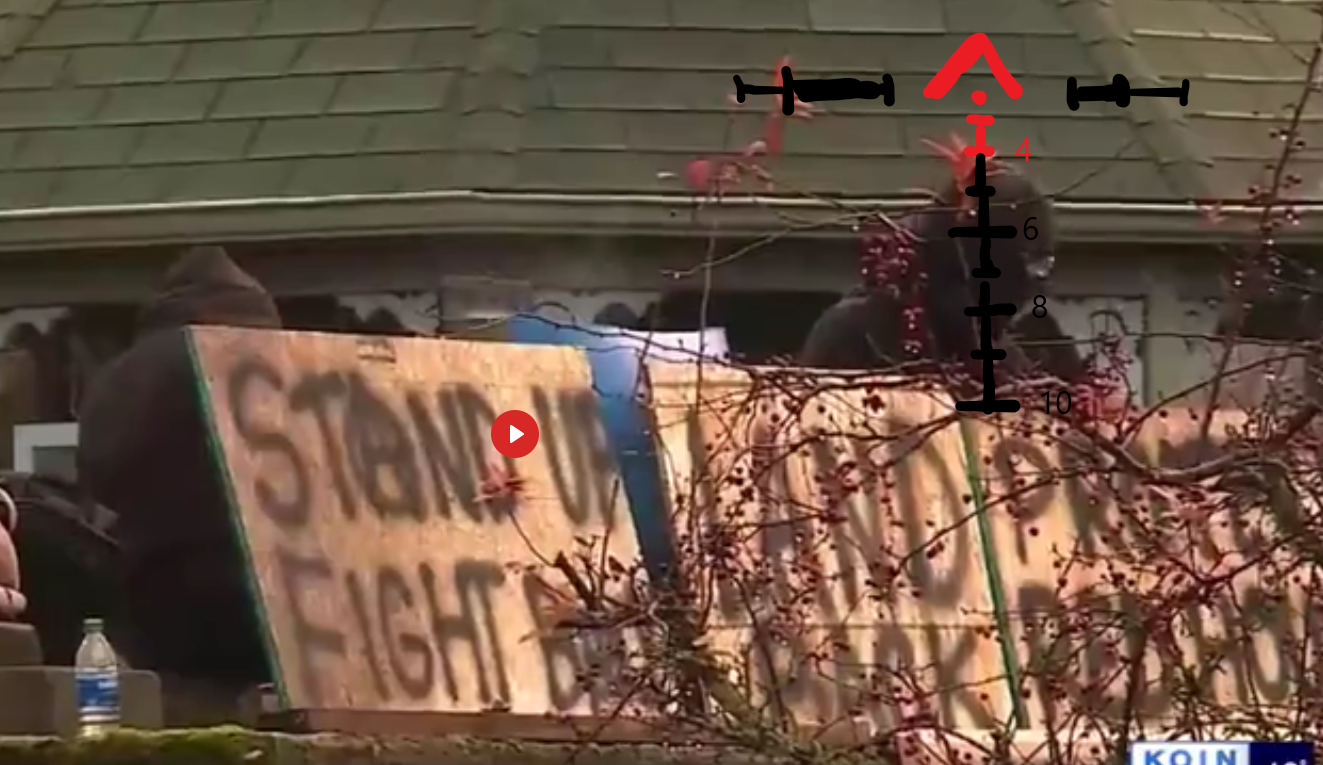 To a 30 caliber rifle (or 5.56 with the right bullet), plywood is concealment not cover. Just saying.