In response to my story about how Sgt Perry shot and killed an Antifa protester who pointed a rifle at him in Austin, reader TCK had this to say:

That comment is right on the money. The communist/insurgent propaganda machine is coming at Sgt Perry with everything they have. The “Tribune of the People,” which refers to itself as “A Revolutionary News Service” has researched the Sergeant and is looking for anything that he has ever posted on the Internet, as well as digging into his entire life history.

They found that he had been arrested in 2005 for assault with bodily injury to a family member. 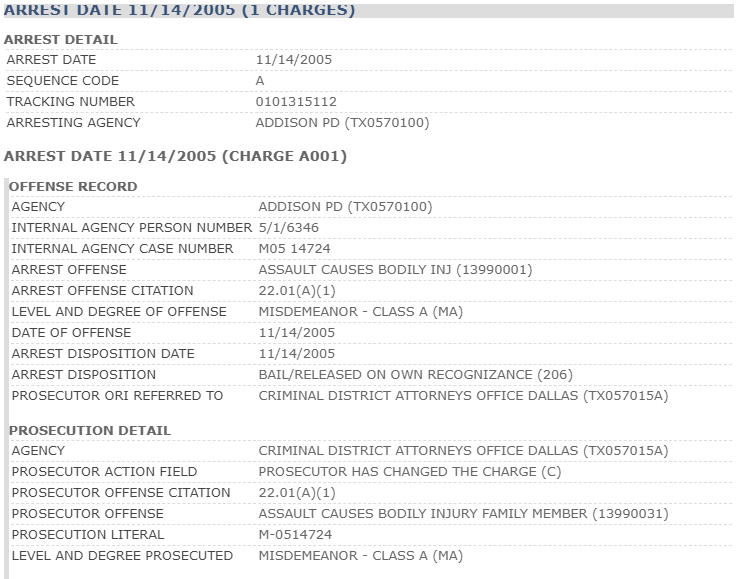 This would mean that the Sergeant would be a prohibited person, if he had been convicted. So I decided to look it up. It wasn’t hard- I just went to the Dallas court records online, entered his information, and it was the ONLY case that came up under his name and DOB. The charges were dismissed. So this charge doesn’t matter and can’t be used against him, presumption of innocence and all of that. The only value it has, is to be used for propaganda purposes to destroy his life and reputation.

They then point to a picture of the car and Garrett Foster that has been published, showing Foster pointing a rifle at Perry’s car: 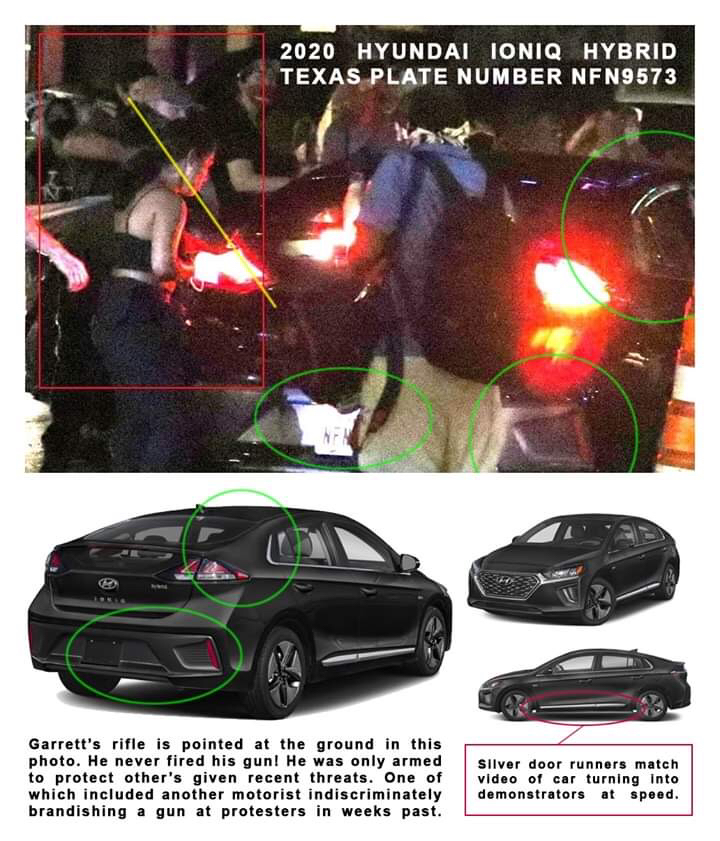 Note the yellow line. They are claiming that, since the rifle wasn’t pointed directly at Perry, that Perry is not justified in shooting Floyd. Of course, that isn’t what the law says. What the law says is that a person may use force, including deadly force, if they reasonably believe that they are in fear of death or serious bodily harm. Nowhere in the law does it say that the defender must wait until shots or fired, or must wait for the gun to actually be pointed at them.

Second, this is a criminal case. This means that the prosecution must prove that there is no reasonable way that anyone could see Foster’s actions as being a threat. If there is any way that a person could reasonably see Foster as presenting a threat, then it is a good shoot.

With that in mind, look at the picture. Foster is not just carrying the rifle, which would be completely legal. Instead, Foster has shouldered the stock of that rifle and has placed himself in a shooting position. He has, according to multiple witnesses, told Perry to roll down his window. One witness claims that she saw him:

When the car drove into the crowd, I was standing literally right where it stopped. I watched [the driver] roll down the window and pull out a silver revolver and fire directly at Garrett.

This doesn’t matter. They don’t need witnesses to place Perry at the scene. Perry has already admitted to shooting Foster. I don’t know why the paper mentions this, other than to gin up some communist angst.

They also point to a post where Perry said “Send them to Texas we will show them why we say don’t mess with Texas.” I will tell you that many gun owners have said similar things for years.

Then they go on to dredge up more social media posts, claiming that his social media has pictures of him “in military garb” as if dressing in a military uniform means he was looking for trouble. “Military garb” is his Army uniform.

The entire article is pure insurgent propaganda. However, it is a good insight into the psyops going on and being supported by the communist insurgents that are at war with the USA.

It is as always. No matter how good and legal the shoot is, if a leftist falls, the dirty stinking rightwinger must pay.

First they start with the media.

Then, in a couple weeks, a local prosecutor who wishes to make election points with leftists will file criminal charges (which, considering who real victim's employer is, will be… interesting.)

The dead dude's or dudette's family will file a wrongful death suit against the real victim and extending it to the real victim's employer and family.

Meanwhile, doxxing and other tactics will be employed to hammer the real victim.

The real victim's employer will be slammed and shamed and the woke/scold leftists will try to get real victim terminated from his/her/its job.

How do I know this? Because this is what they always do. Every time. It's almost like it's a standardized script they all follow.

On the one hand, it's nice to get recognized 'on screen' as it were.
On the other hand, the circumstances surrounding it are pretty damn depressing.

Hopefully the fact that the victim is active duty Army and Trump is the Commander in Chief will mean that the terrorist supporting traitors in Austin won't be able to give him the Michael Strickland treatment.

I can't recall the case, but i remember 1 prosecutor who went after a person for purely political reasons. After all said and done and the person found "not guilty", the prosecutor faced the public and said "the system worked. He was tried and found not guilty, so all is good. I'mjustdoingmy job."

Yeah. The poor bastard handed over his life savings to lawyers, faced years of hell in and out of the courthouse, lost his job, had a nervous breakdown, but hey at least he didn't have to go to jail.

The process is the punishment.