In support of my opinion that the powers that be select our politicians for us and our votes don’t matter, I would like to point you to the 2012 Republican convention, held right up the street from me in Tampa.
During that convention, Mitt Romney’s supporters wanted to change the rules for delegates in order to freeze out the delegates who wanted to vote for Ron Paul. When the rule change was voted on, Boehner declared that the rule change passed, and the Republicans were so convinced of the outcome of the vote, it was preprinted on Boehner’s TelePrompTer. 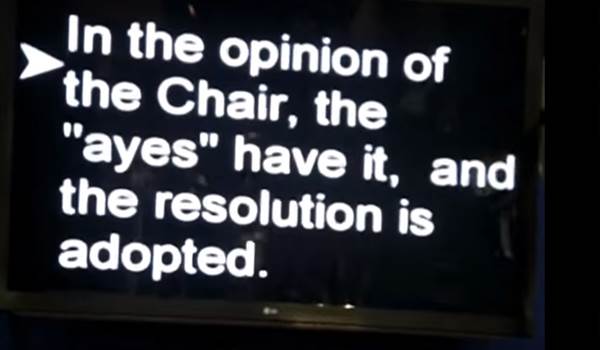 Both parties are incredibly corrupt, and blinded by money and power