We have been entertaining family since December 23. It has been a busy and stressful time. It began when my brother in law arrived on the 22nd. On the 23rd, his best friend arrived, accompanied by a girlfriend. On Christmas eve, the brother in law’s girlfriend arrived. In the middle of that, they went to Clearwater Beach for two of the days.

They are all from the New York City area, and some of them bring with them the attitude that New Yorkers are famous for: they complain about the high taxes and high cost of living, but then want to change everywhere else into having the same politics as NYC, without realizing that the two go hand in hand. One of them told me that they like the gun laws in NYC, because it is good to keep poor people and blacks from having guns, because they can’t be trusted with them.

On Christmas Day, they overheard my wife say something about our hedges being overgrown. They were “bored” with life down here, so they decided to repay our hospitality by doing some yard work. I told my wife I didn’t want them messing with it, because the job would take far longer than they thought it would, and then I would be stuck having to deal with it. Of course, they didn’t listen to a word I said, and this is what I am left with: 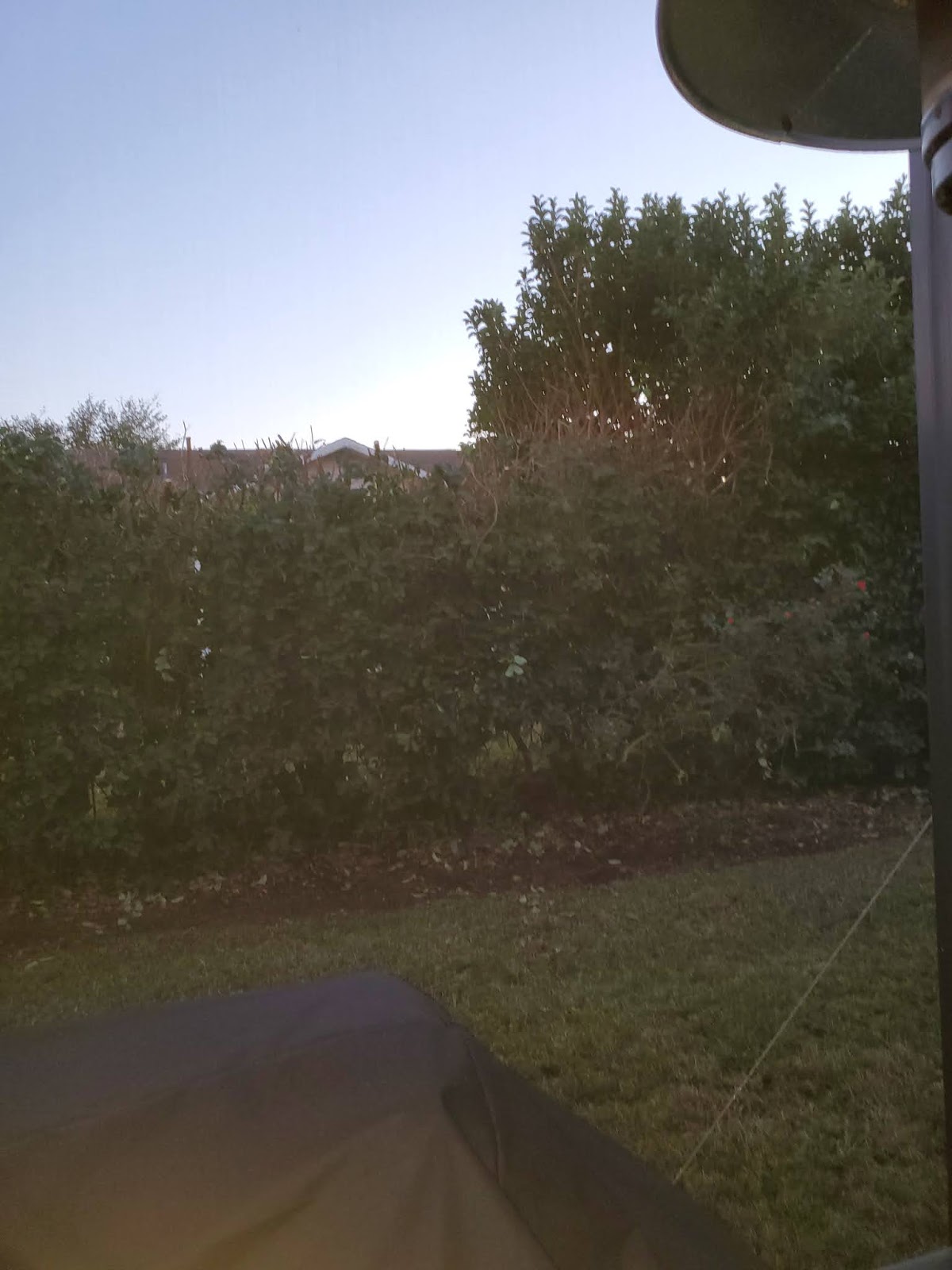 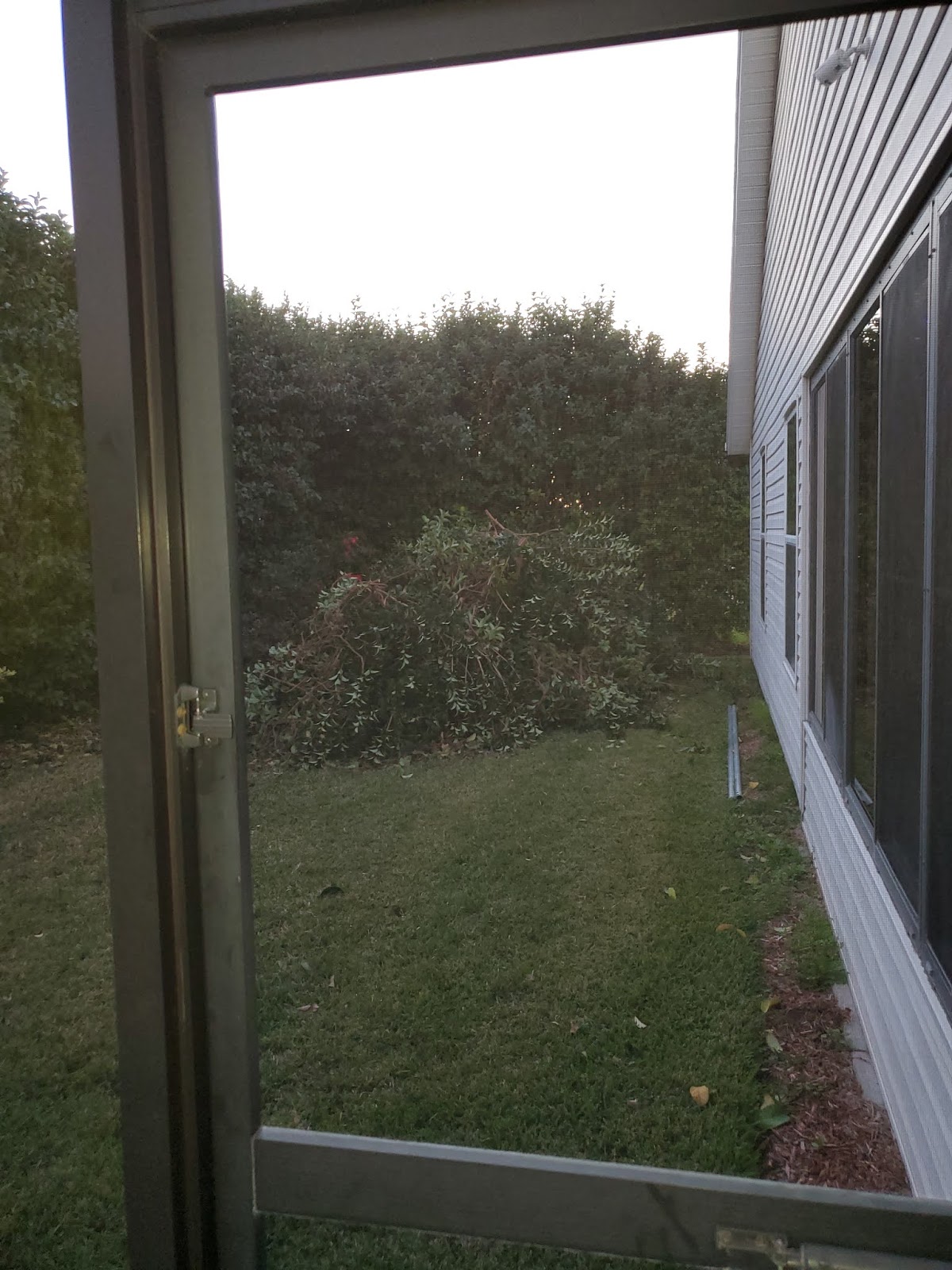 They cut the top 4 feet off the hedges. It’s hard to tell height, but the hedges were about 12 feet tall, but parts of them are now 8 feet tall. Of the 100 linear feet of hedge, they only got about 40 feet of it cut, plus left a large pile of cuttings in the yard, and we had guests coming over for a party the next day. I was sure that I would wind up with the rest, and I was pretty pissed off.

We had a Christmas party on December 26. My son’s fiancé got drunk and made sexual overtures towards another female guest. That guest complained that it made her feel awkward and uncomfortable. I am going to have to sit down with my son and talk to him about that. My brother and his family, as well as half of my sister’s family, decided not to come.

The hedges are still sitting there, waiting to be cut.

You need a vacation from the Holidays.

And tell everybody you are hemophiliac and suffering with Hep C so they never visit you again.

And they're alive -why-?

Could be the angle, but the hedge looks crooked as well.

Nothing in this world pisses me off more than cleaning up someones mess. And my old lady does this with yardwork every time. She'll pick up branches from the yard, but put them at the top of the driveway – where I have to walk past every day. (we have an area for mulch where they should go)

Or weed, or trim and leave the piles like you have in your pics. I won't even start on what happens in the house.

I'd rather do it myself, right, once, and have it complete than go back, redo it, and clean up.

Embrace the power of "NO" followed, if necessary, by "Get off my property."

My father kept photocopies of the hotel/motel pages of the yellow pages directory handy for anyone visiting. Once he explained to one of his brothers-in-law who, somewhat inebriated but not completely drunk, that if he persisted in attempting what he proposed as "helping" he would leave the house in handcuffs.

There comes a point where "polite and accepting" needs to switch to "no, you'r enot, and there are consequences if you do."

At least your experience makes me feel good about my time with the inlaws….

And yet again, self appointed 'progressives' do what they claim their opponents do, in this case be openly racist… I fear they are too far gone to change and the country is headed for catastrophe; there are several possible outcomes, none of which are good for cities.