Found in a parking lot

Here is a food receipt recently found in a parking lot by a friend, and emailed to me: 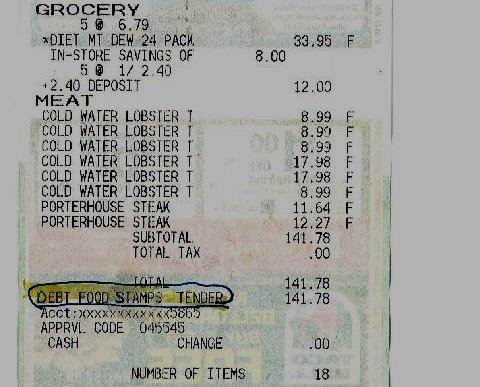 About 100 million people in the United States are receiving some sort of government money. At the beginning of this year, only four of the 80-plus federal welfare
programs had work requirements; the Obama Administration has now
suspended the work requirements in two of these. After the Obama
Administration suspended the work requirement from the food stamp
program in 2009, the number of people on food stamps doubled. In fact, if you take the trillion dollars spent on welfare programs and divide it by the number of people receiving them (100 million), it comes to $100,000 spent for each person receiving aid.

Welfare pays more than an $8 an hour job in 40 out of the 50 states, and this figure doesn’t include food stamps and Medicaid. The government spends an average of $168 for each person on welfare. 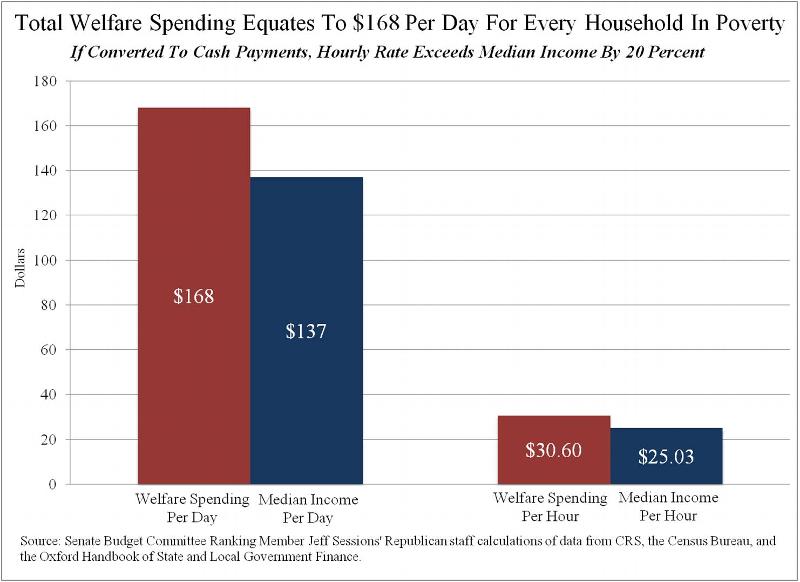 Welfare now surpasses the government’s biggest traditional money pit, the Pentagon. “By 2022, there will be $2.33 in federal and state welfare spending for every $1 spent on national defense.” Our National debt, as listed by the treasury, is $6.5 trillion higher than it was when Obama took office.Our debt has been doubling about every 8-10 years for every president except Clinton. Clinton added 140% to the debt.

It gets even worse: Much of the spending and borrowing is being paid for by monetizing the debt. The Federal Reserve is busy buying US treasuries. This is called monetizing the debt.This will eventually begin to hurt the value of the dollar. The only reason that this hasn’t already begun is that so many commodities (like oil) are pegged to the dollar, because the dollar is the reserve currency. One that changes (and it will) the days of runaway inflation will arrive.