A post I began writing earlier this year and never published:

There is an image out there that the Brady Campaign claims is an obvious fake: 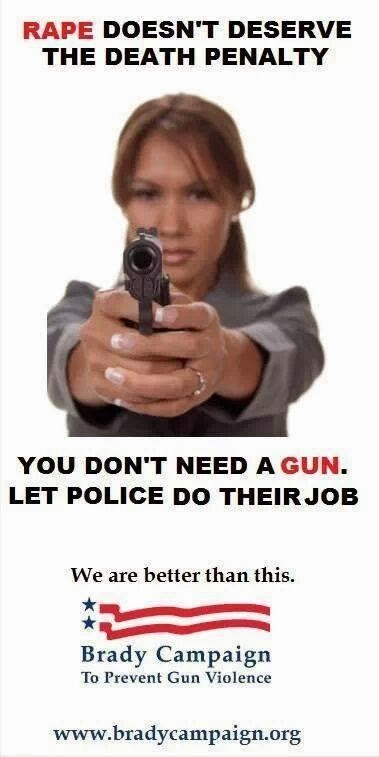 In today’s spin-conscious world, no organization would dare be so blunt. Or would they? Here is a screen shot of a similar photo posted on their Facebook page: 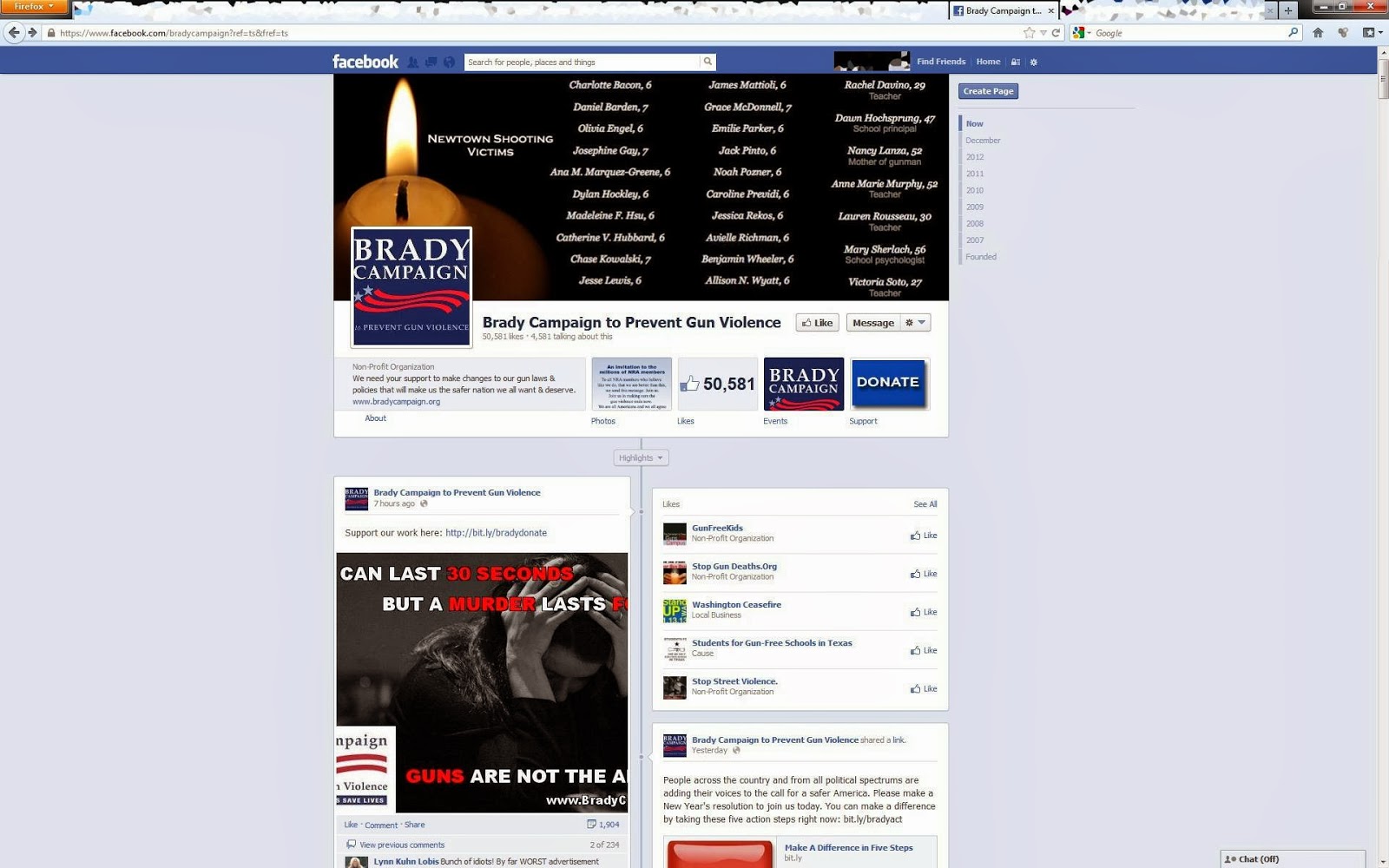 Perhaps it was a part of their “We’re better than this” campaign, and was pulled due to negative publicity. (analysis here) Who knows for sure? However, even IF the poster is fake, it is an accurate representation of the Brady Campaign’s position.

The Brady Campaign insists on stripping law abiding women of their right to defend themselves against rapists. Brady Campaign-approved guidelines about preventing rape say women should vomit, urinate, defecate or announce you are on your period.

There are those that think that posters like this are beneath the progun side, but I say that, if it is a fake, it is an effective way of demonstrating the idiocy that is the antigun position.