Generating hate for “the rich”

Then the press got hold of it. Now we have stories like this single mother being laid off. Because of this, the bank and her employer are being held responsible. Now I was no fan of the banks during the foreclosure crisis- they created the problem and should have been held accountable, but were not. However, in this case the bad guy is the government. Does the bank want their money? You bet.

Then there is the whole complaint against landlords. People demanding that landlords, who had nothing to do with the current situation, destroy their own businesses so that people can spend the rent money elsewhere. They are demanding that the government pass a law that prevents landlords from charging rent.

Companies being forced to shut down by the government are desperately trying to save themselves by cutting expenses. That, in many cases, means layoffs. Workers claim this is “corporate greed.” I am not sure how laying off an employee is greed while refusing to pay rent is noble, but that is neither here nor there. 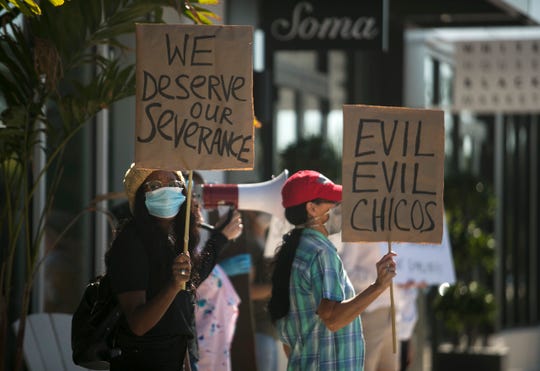 The point here is that people are angry, and they are blaming businesses for the financial problems they are having and demanding that the government fix them, even though it is the government who caused it.

I certainly hope that the economy is back on track by October, or we may be looking at President Biden.