Today comes with news that a Trump supporter was killed in Portland. The man who is suspected of killing him says that he is “100% Antifa all the way,” and is heard on video of the incident yelling “We’ve got a Trumper here!” just before shots ring out.

BLM/Antifa forces yelled out “Our community held its own and took out the trash” in reference to the shooting.

A DC police helicopter flying over a riot has to make an emergency landing after the crew is blinded by lasers.

People dining in DC area restaurants are again assaulted by insurgents as they eat dinner.

As the violence ramps up, here is a map of the BLM/Antifa protests to date in 2020: 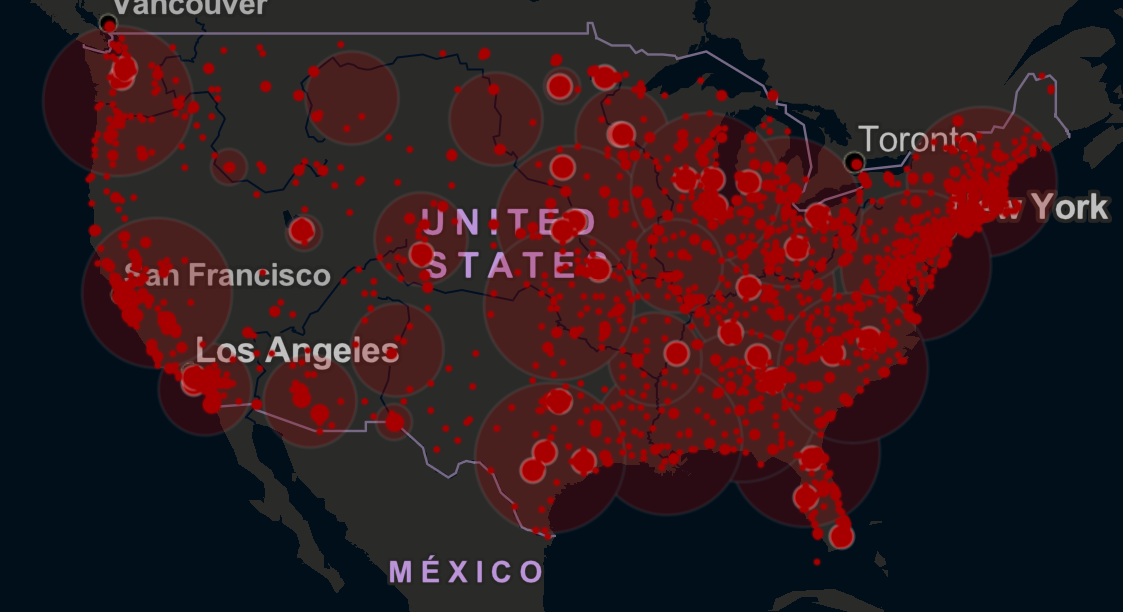 There is no question at this point that we are involved in a shooting war that is attempting to overthrow the US government.

If the red blobs on the national map were to actual scale, I believe a magnifying glass would be required. I am in SoCal, I have yet to see any disturbance within tens miles of me.

There have been two events, I think, since June. And those were small scale and short lived.