A single mother with four children who earns $2,500 a year in a part time job (that works out to 6 hours a week at minimum wage) gets another $40,000 in government benefits. 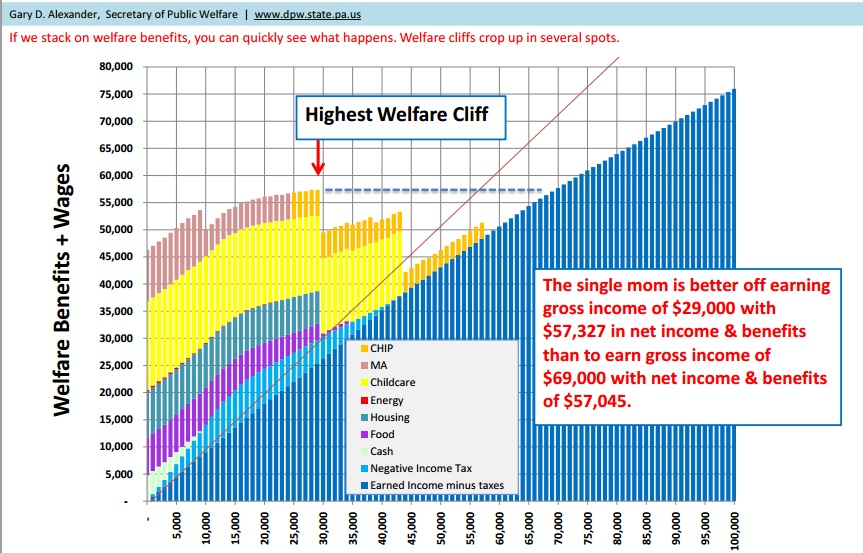 This is why we are seeing generations of children being born that look up and see their 15 year old mother, their 32 year old grandmother, and their 50 year old great grandmother. If they have more kids, they make more money. If they get a job, they get less money in the aggregate by losing more in benefits than they gain in pay. 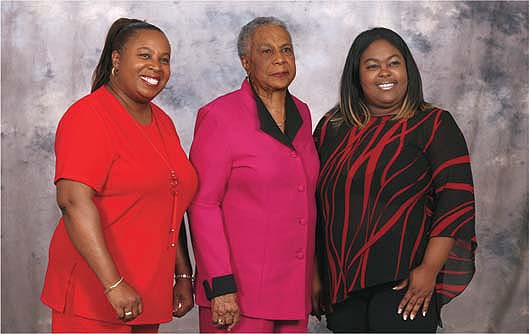 The above picture was from a study done by the California Department of Agriculture, looking at the multigenerational nutritional habits of black females. (pdf warning) Each generation of daughters was increasingly dependent on WIC and food stamps. (The study also found that the food programs had no impact on dietary quality.)

Almost half of all first children born in the US being born to unwed mothers:

The average age of marriage is increasing to 26.5 years old for women … the median age of first birth for a woman is now 25.7
— meaning that about 48 percent of first births [are] happening outside of
wedlock.

What is happening is that we are penalizing people for working and being productive, and subsidizing them for creating more people who will be dependent on government handouts.

As of November 2012, 47.7 million Americans were receiving on average $134.29 per month in food stamps. There are 11 million on Social Security Disability, and 4 million on welfare. Other programs like WIC, the school lunch program, and the dozens of others make it nearly impossible to figure out how many people are on the government dole. One thing is certain, though: that number will continue to grow until the system collapses under the weight of the nonproductive class.

Looks like the ladies in that family are getting fatter and fatter each generation.