I don’t even know how to respond 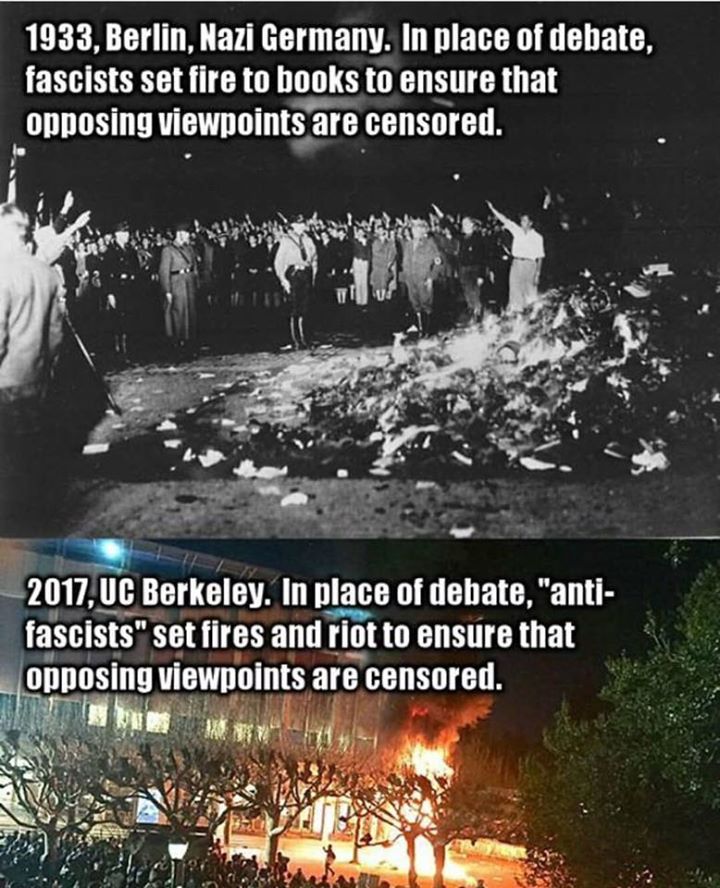 One snowflake comes on and says:

complaining that you can’t say anything you want to anyone anywhere because others also have freedom of expression is whining. Awww, was there a fire? Goodness me! I hope everyone’s feelings are ok!

Cool. Since rioting and violence are just different forms of expression, I can’t wait until I can go out and express myself by hitting someone in the face, too. Who should I express myself to? Minorities? Homosexuals? Women seeking abortions?
Or is it only expression when the left does it?

Then the guy says something that just didn’t make any sense to me, and I didn’t know how to respond:

All of those things are illegal, but no one can stop you from doing it ahead of time. So you can already express yourself that way, but there will be consequences. The same is true for rioters, they can be caught and charged. Perhaps someone may even shoot a rioter – not entirely impossible considering how people feel about property, etc. The shooter also has a perspective and is expressing themselves, but they will likely be arrested, etc.

I don’t get what he is trying to say. Is he saying that it isn’t an infringement, as long as it isn’t punished until after the fact?