Ratus made a comment on my last post, and it got me to thinking: Maybe we could identify some of the guns that the cops claim to have gotten off the streets. I decided to begin with the picture of the two handguns. Let’s take a look: 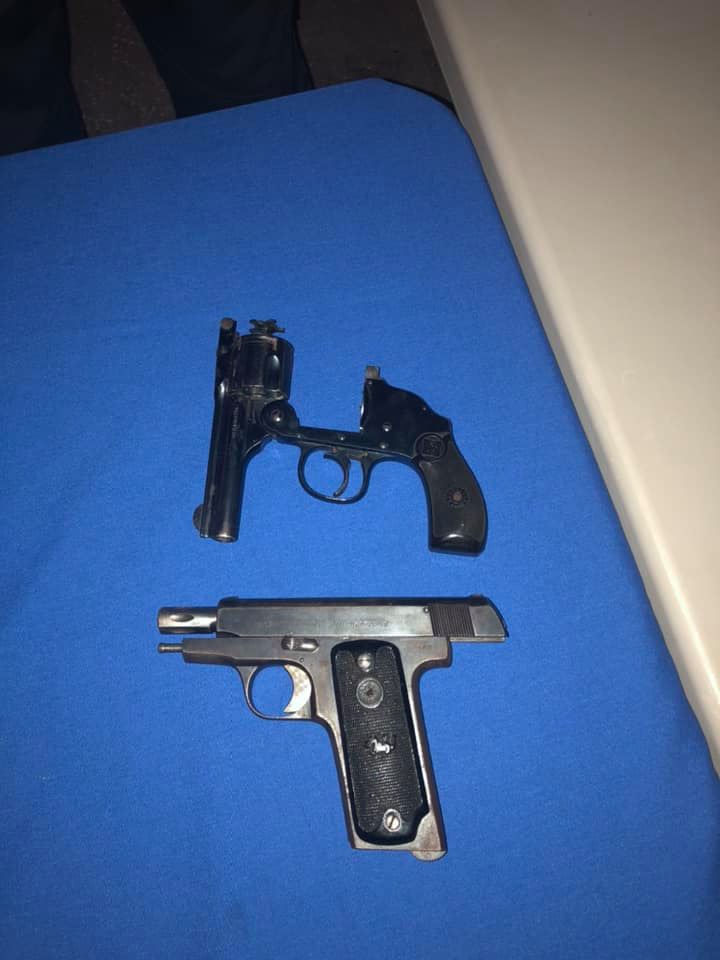 The handgun on the top appears to be a Meridan break top hammerless revolver. Looking at the cylinder, it looks to be chambered in .32 S&W, but remember that the Meridians are not safe for use with modern ammunition, because they were all black powder pistols. This makes it useless to anyone but a collector, certainly not useful to anyone for defense or use in crime. Sold to a collector, they seem to be fetching anywhere from $50 to $100.

The one on the bottom is a bit harder. That isn’t a pony on the grips, so I don’t think it’s a Colt. That also isn’t the logo for the Spanish Ruby, so I am not sure.

If anyone sees this post and thinks they have a better handle on identifying these handguns, please let me know in the comments…

The top one is a Harrington and Richardson, not a Meridian. Note the logo in the stocks.

The bottom is a Ruby. Ruby's were made by, nearly literally, EVERY gun maker in Spain when French money was flowing freely. C&Rsneal has a decent video on the variations.

Yep and by hand with nearly everyone from slightly to very different dimensionally, that's why you will have a difficult to impossible task of finding a replacement magazine that functions in your pistol.

That looked more like the Meridian logo to me than the H&R, but thanks for the identification. I'm just wondering if taking $50 for it was a good deal or not…

If you find the right buyer and are willing to wait for them to show up and demand to give you the money.

It could be chambered in .32 H&R, which is ultra-unobtanium and black-powder. In that case, it's a paper weight unless you want to turn brass on a lathe.

Without sentimental value, $50 isn't too bad.