If you aren’t with me, you are against me

An old buddy of mine from my Navy days posted the following picture on social media: 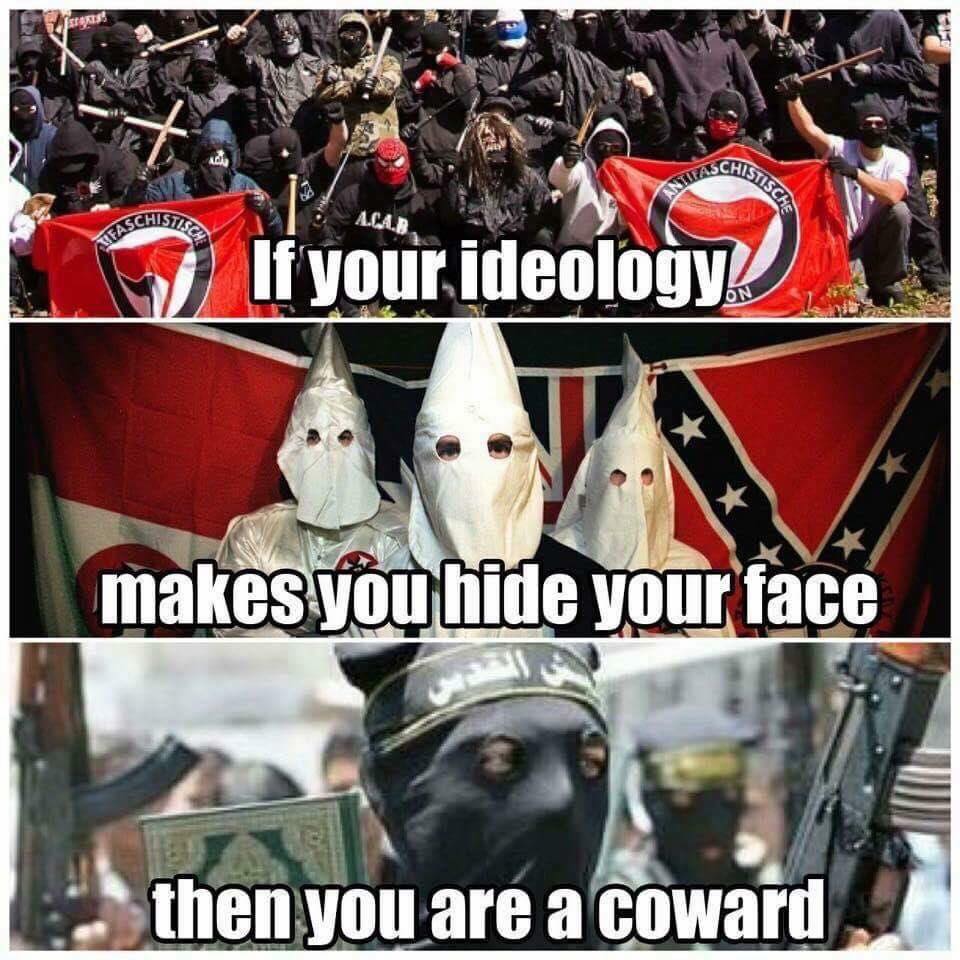 I saw this and replied with this picture: 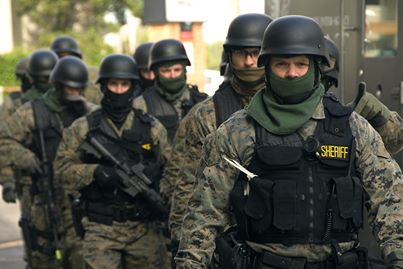 and the flaming began. See, I apparently didn’t realize that cops HAVE to do this because if they don’t, they will later be targeted by others, and I should understand that. I pointed out that the groups in the original picture are masked for the same reason.

I stated that, with the RARE exception of undercover cops not wanting to be recognized, cops should ALWAYS do their jobs in public, and needn’t be masked if they are not doing anything that they should be ashamed of.

Because I didn’t immediately bend down and lick their boots, I was instantly labelled as anticop. I support cops most of the time, but when they are wrong, I also point that out. So I responded with:

Cops always try to say that criminals are going to hunt them down, as if they are living in some cop drama television show, but the actual facts never bear that out. Just like the claim that a NY cop needs to carry a gun in Florida because they are on duty all the time and might be attacked by some ex-con they put in jail a decade ago, or perhaps they will need to arrest some criminal while on vacation. How can you be on duty and making arrests in a state where you don’t even know the law?

So along comes a cop who says:

Guys like this, we don’t fit into their box brother. And they hate it

I have long said that times are changing, and you either adapt and worry about image, or you will get steamrolled. If police lose the support of the public, they can no longer do their job. Some police appear never to have heard of Peel’s policing principals, and that is why they are losing so much respect. Stop acting like an occupying army as many police departments are doing, and the public will stop seeing you as the enemy.

I was blocked from the conversation at that point. The police need to stop demanding absolute loyalty. When a police officer screws up, admit it and take care of it yourself. If you don’t ALL of you begin looking like a street gang with a badge. The more of the public that you alienate, the more difficult it becomes to get your job done.

I said the same as a firefighter. There is a group that calls themselves the “Fraternal Order Of Leatherheads” society (FOOLS). I wrote about this dangerous trend about six years ago.  Our public safety personnel are looking at the public that they are sworn to serve, and all they see is the enemy. This is a VERY dangerous trend, indeed.

EDITED: I left out an entire sentence. Sorry. It was there in my head when I was writing it, but somehow never made it to my fingers as I typed it.