Peter posts about the vulnerabilities that the infrastructure of our nation faces from terror attacks. It is much, much worse than he fears.

When I was in college earning one of my college degrees, I had to take a class titled “Contemporary Issues in Public Safety.” One of the assignments for the class was a paper on infrastructure vulnerability. I chose the Memphis area. I found a couple of soft targets whose loss would severely disrupt the economy of the entire nation, and could be destroyed relatively easily, by either a natural disaster or a small group of terrorists. 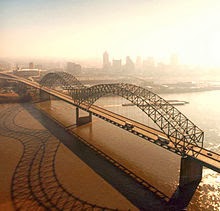 The first was the I-40 bridge (the Hernando de Soto Bridge) and I 55 bridges in Memphis. Any event that would drop these bridges into the river would render the Mississippi river impassable to traffic for weeks or months. This means that no supplies would go north, and no finished goods would go south. The Mississippi River carries 60% of U.S grain shipments, 22% of oil and gas shipments, and 20% of coal. The loss of the Mississippi would mean that this cargo would all have to go by road transportation. That would be magnified by the fact that the next river crossing is the Caruthersville Bridge, 75 miles to the North, or the Greenville Bridge, 140 miles to the South. 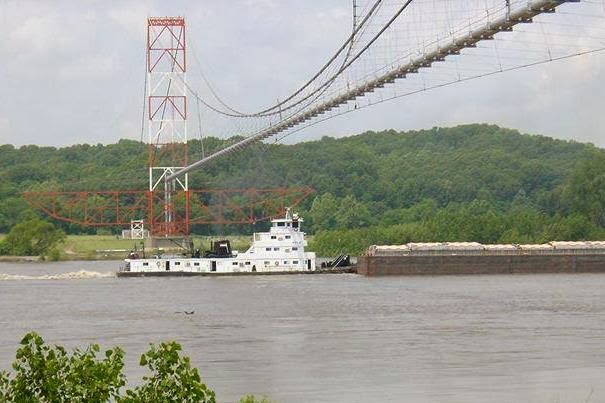 There are nine natural gas pipelines that stretch from the Texas/Louisiana gas
fields to the industrial areas of Chicago and the Ohio valley. Five of these major pipelines carrying natural gas, and two carrying crude oil,  cross the river in Memphis, four of them within ten miles of each other. These pipelines supply nearly half of Illinois’ natural gas, and a third of its gasoline.  The loss of them would be devastating to the entire Ohio valley.

Without killing anyone, and only using six truck bombs of the McVeigh variety, a small terror cell could bring down both bridges, and also simultaneously  blow up the four pipelines. This operation would be significantly smaller and less complex than was 9/11, but would have much more devastating effects. The gas line explosions themselves would be large enough that NASA estimates the fireball would cause a visible reflection off the moon.

Economically, it would be the worst disaster the US has ever faced. It would bring the US economy to its knees. There would be no river traffic between the upper and lower Mississippi river. Road traffic in Mississippi, Tennessee, Arkansas, Upper Louisiana, and Upper Mississippi would come to a standstill, and nearly 25% of the nation’s economy would cease to exist, due to a lack of transportation, fuel, or both. The standstill would last weeks, and the effects would be felt for months.

This is the sort of attack that will keep you up at night with worry, if you are an emergency manager.