This is the first time that I have had to use any of my contingency plans since I have been with my fiance. She, not being from Florida and not being a prepper, is not used to preparing for hurricanes. I, on the other hand, am from Louisiana and grew up on stories of past hurricanes like Camille, spent more than 2 decades as a firemedic, with five of those years being as a member of the USAR that was deployed to hurricanes and other disasters all over the south.

My preparations caused her to tell me that I was “panicking” and that we wouldn’t have a problem because she has never had a weather related problem in the 7 years she has lived here. I had to show her pictures from Katrina, which had 120 mile per hour winds, and then show her that this storm would have 140 mile per hour winds in order to get her to go along. Still, I assume that she is simply humoring me and that I will hear about it later, if we don’t have too much bad weather.
As a prelude to this storm, we filled both vehicles with fuel, made sure all of our propane tanks were full, and ensured all batteries were charged. I filled all of our reserve water cans and removed all of the loose stuff from the yard. I tested my HAM radio system and checked in with the local radio network, to ensure that we can call for help if and when the phone system goes down (as it did with Hurricane Charley in 2004 in Central Florida, and with Katrina in Mississippi in 2005).
I have all the food that we need, and much of it doesn’t need to be cooked. The generator was started and run for a bit as a test, and that is as much as I think we need to do.
Yesterday, this is what the bread aisle looked like in the local supermarket: 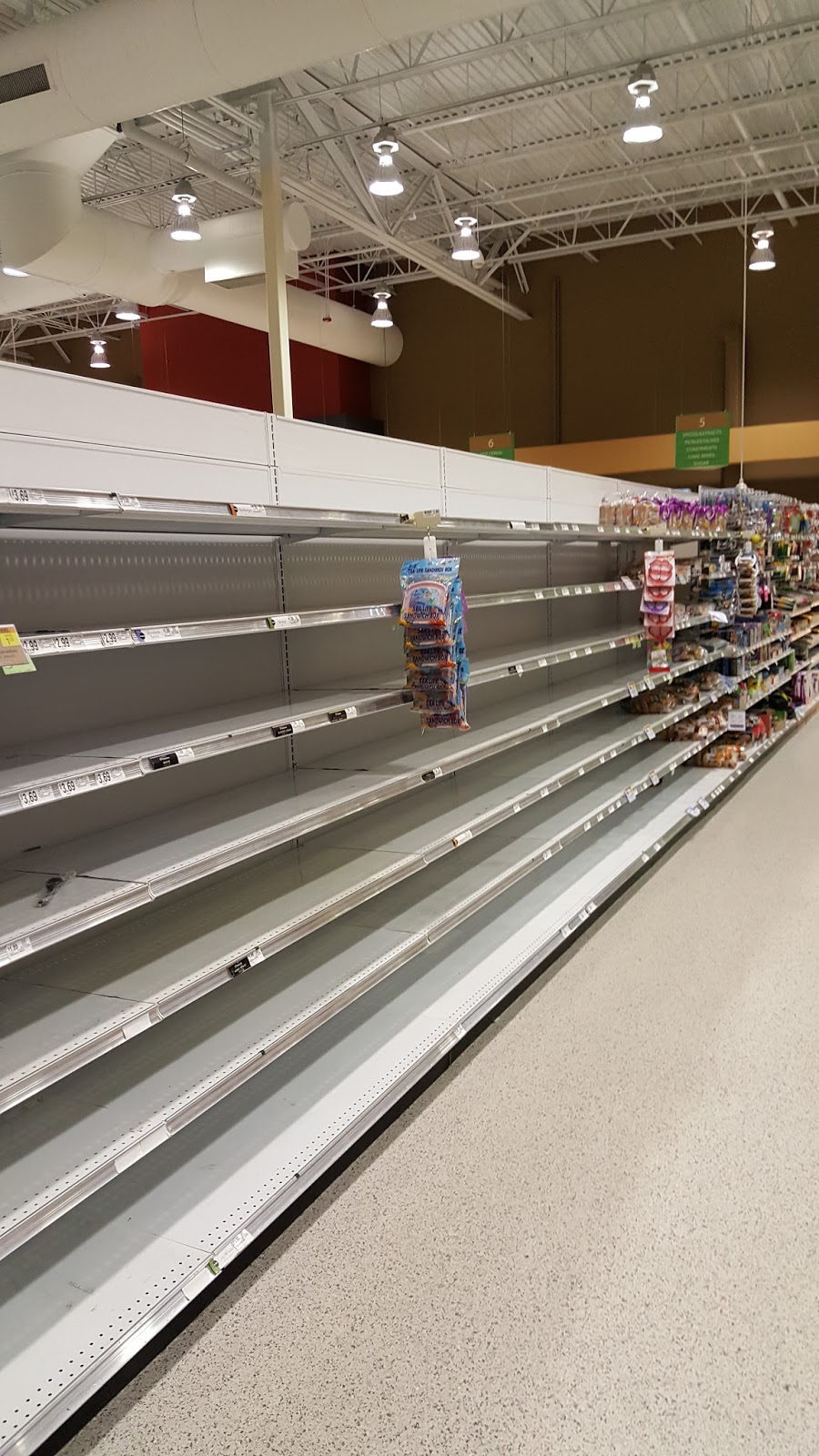 There were lines at the gas station, and police were there to keep an eye on things, as there were a few fights at some locations. Society unravels quickly.
The first rain band came through here about a half an hour ago, and in less than 15 minutes we got half an inch of rain. I will update from time to time.
People who have read this post: 254
Categories: Uncategorized

I feel for you. It is normalacy bias, and paradoxically, the most effective way to counter it, is to have what you really don't want to happen, happen.

It is hard to explain how huge the cost-benefit ratio is to preparing, when one has not seen the damage. It only has to save your life once to be worth it.