I downloaded the newest version of Kerbal Space Program about three weeks ago. I have been exploring the virtual solar system ever since.

Here is a picture of my solar observatory investigating some sunspots: 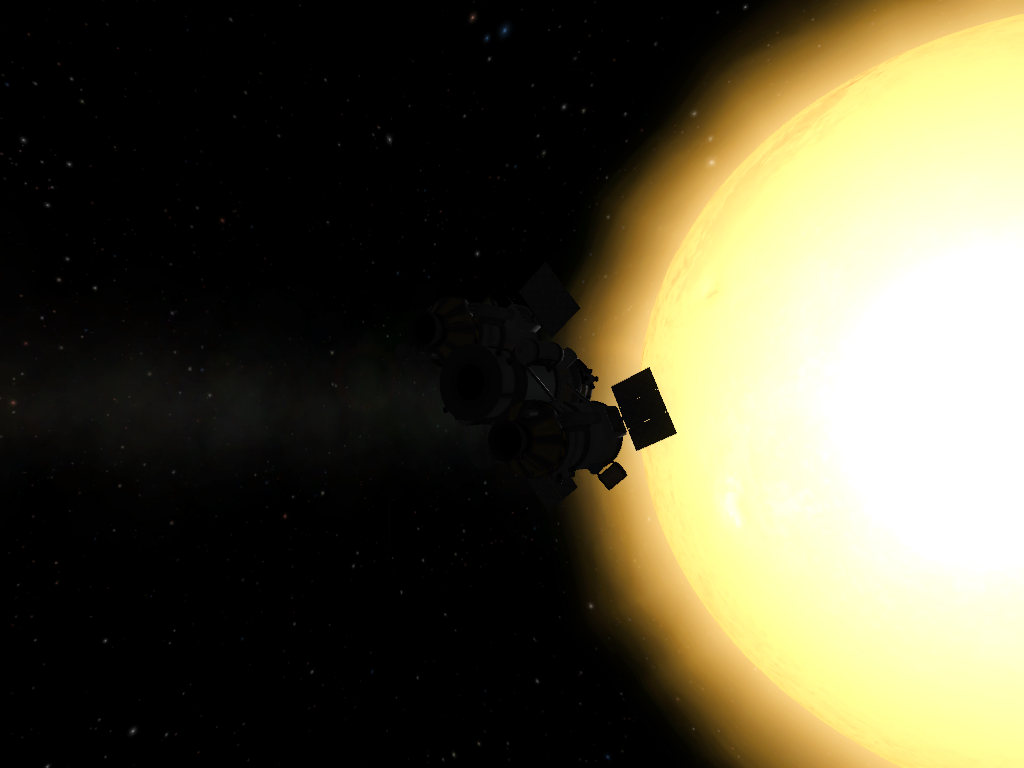 It’s in an orbit that is 280,000 km from the sun.
I have put Kerbonauts on the Mun (moon), and landed probes in the Mars equivalent (Duna). I currently have 2 satellites en route to the Jupiter equivalent (Jool) and its moons, as well as one to the Ceres equivalent (Dres). I sent one to the Mercury equivalent, but it, unfortunately, malfunctioned and was lost. At least it was unmanned. I am also planning a mission to Duna (Mars) and a permanent base on the Mun (Moon).

This is wasting A LOT of my time.

It would eat my life.