Lies is all they have

It’s a common meme being spread by anti gun advocates: Australia passed strict gun control laws, and firearm homicides plummeted. Is it true, or isn’t it?

As you can see, the number of homicides in Australia has remained fairly stable. Of course, the anti gunners like to use “gun death” instead of all homicides, as if people who are killed by club wielding thugs are preferable to people being killed by gun wielding thugs. Let’s look at violent crimes by weapon: 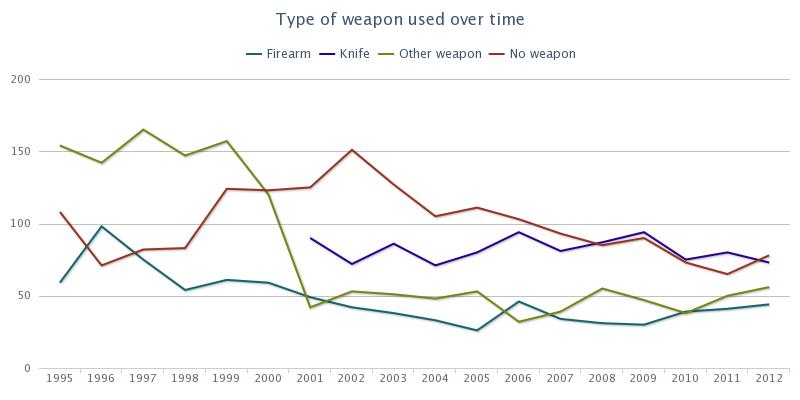