Last year on July 31, my house was hit by lightning and we lost a surveillance camera. This year, the house was struck again, just a day short of last year. I was working in the garage, when there was the sound of hail striking the walls. There was a bright flash, instantaneously accompanied by LOUD thunder.

The storm was fierce, with 1200 lightning strikes within ten miles of my house in less than an hour. It was accompanied by pea sized hail, and winds reached 40 miles an hour. Lightningapps.org shows that there were 8 cloud to ground strikes within 250 meters of my house.

The damage this year was the loss of my personal weather station, the video driver for the surveillance camera DVR, and a wireless HDMI transmitter. The DVR is working and you can view the cameras online through the streaming feed.

The weather station is still locally reporting some data (wind speed and barometric pressure) but isn’t reporting on Wifi, nor is it reporting dew point or temperature. According to the factory tech support people, that means 2 of the three boards in it are no good, and replacements for those boards will cost more than a new sensor.

The only other issue was one of the cable TV boxes went out, but after a reset it came back. All of the electronics that broke were in the same room. All I had was electronic damage. My HAM radios are in that room, and they didn’t even blow an arc plug, even though they were connected to the antennas. My neighbor was not so lucky, his roof looks like this: 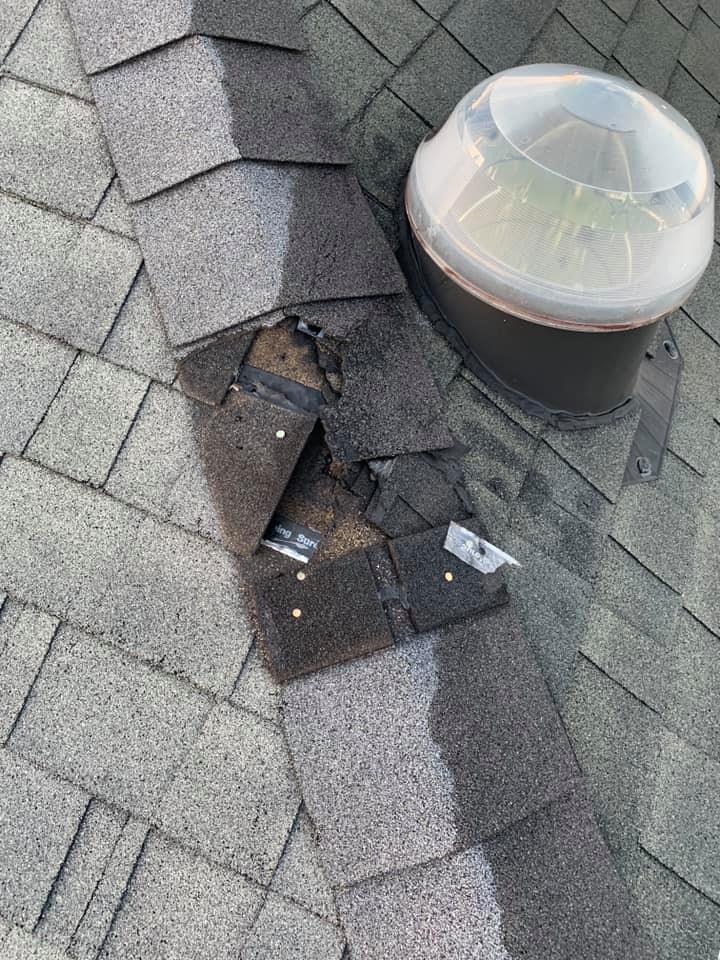 I've had two HDMI switches taken out by nearby lightning. Not strikes to my house (well, unless they did nothing else detectable), just nearby. It gave me the impression that HDMI devices are particularly vulnerable. The second time the HDMI switch got taken out, it blew up our TV. When we replaced the TV, we eliminated the need for the external HDMI box. The TV just had its second birthday, so it has been holding up so far.