More on the Louisiana shooting

I posted yesterday about a man that shot a teen that had scaled a 5 foot tall fence to enter the shooter’s driveway, was confronted by the homeowner, and was shot. The homeowner, who was standing next to his back door, states that he told the intruder to freeze, the intruder (who has a history of burglaries and thefts) turned toward the homeowner with his hand in his waistband, and was shot. Here is a picture of the driveway: 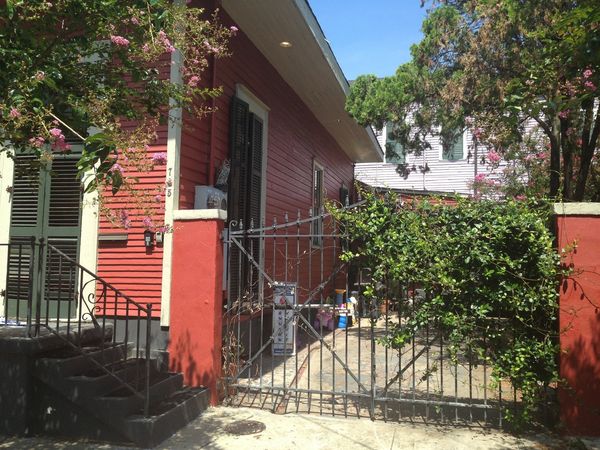 The state has charged the homeowner with attempted second degree murder. In Louisiana, there are only four ways that the state can prove second degree murder. Two of them have to do with the sale of drugs, and don’t apply here. A third involves death as a result of a violent felony, and also doesn’t apply. The final way involves a specific intent to kill or to inflict great bodily harm. In other words, they have to prove that he intended to severely injure or kill when he shot the lad.

One would think that the act of shooting someone in itself proves intent, but that is not the case. A killing can not be second degree murder if the shooter
possessed a belief that he must use deadly
force in self-defense, even if that belief turns out to be unreasonable, rather than the intentional mental state of
committing a murder. Like the Zimmerman case, prosecutors are overcharging what is clearly a manslaughter case, ar the most.

This is a common tactic for prosecutors: Overcharge, and push for a plea deal. If the person doesn’t take a plea, they must defend against the charge, and all of the lesser included charges. These two cases illustrate for me the need to do away with lesser included charges. I think that prosecutors should file the charge that the person is likely guilty of, instead of overcharging and hoping that a lesser charge sticks.

Anyway, the homeowner will likely use Louisiana’s self defense statute as a defense.

Use of force or violence in defense

A.  The use of force or violence upon
the person of another is justifiable when committed for the purpose of
preventing a forcible offense against the person or a forcible offense
or trespass against property in a person’s lawful possession, provided
that the force or violence used must be reasonable and apparently
necessary to prevent such offense, and that this Section shall not apply
where the force or violence results in a homicide.
B.  For the purposes of this Section,
there shall be a presumption that a person lawfully inside a dwelling,
place of business, or motor vehicle held a reasonable belief that the
use of force or violence was necessary to prevent unlawful entry
thereto, or to compel an unlawful intruder to leave the premises or
motor vehicle, if both of the following occur:
(1)  The person against whom the force
or violence was used was in the process of unlawfully and forcibly
entering or had unlawfully and forcibly entered the dwelling, place of
business, or motor vehicle.
(2)  The person who used force or
violence knew or had reason to believe that an unlawful and forcible
entry was occurring or had occurred.
C.  A person who is not engaged in
unlawful activity and who is in a place where he or she has a right to
be shall have no duty to retreat before using force or violence as
provided for in this Section and may stand his or her ground and meet
force with force.
D.  No finder of fact shall be
permitted to consider the possibility of retreat as a factor in
determining whether or not the person who used force or violence in
defense of his person or property had a reasonable belief that force or
violence was reasonable and apparently necessary to prevent a forcible
offense or to prevent the unlawful entry. (emphasis added)

Note that the law states that the force must be reasonable and necessary under the circumstances,
but does not explicitly limit the degree of force to non-deadly force.The law also states that a person lawfully in his residence can use force, if he holds a reasonable belief that force is required to prevent a break in, as long as two conditions are met: The person must be in the process of entering the residence, and must have reason to believe that an unlawful entry was occurring.

The presence of an unknown person immediately outside your backdoor at
2:00AM,where the intruder was required to scale a
fence, would seem to allow a reasonable
belief that an unlawful entry into the dwelling was occurring or about to occur.

Again, I think that this is a lawful shoot, but that will likely get me called a barbarian and a racist, like I was yesterday for my Zimmerman and Alexander opinions.