Much ado about nothing

So the press is in an uproar about a Trump tweet, and the left will not let it go. The President sent out a tweet claiming that Alabama was one of the states that would be affected by Hurricane Dorian. The press is roasting him for being wrong. But was he?

Here is a link to the NHC forecast from 0300 UTC on August 28. This forecast is a list of the odds of selected cities seeing Tropical Storm force winds withing the following 5 days. Note the line which says:

From the same advisory, the graphic of projected windfield looked like this: 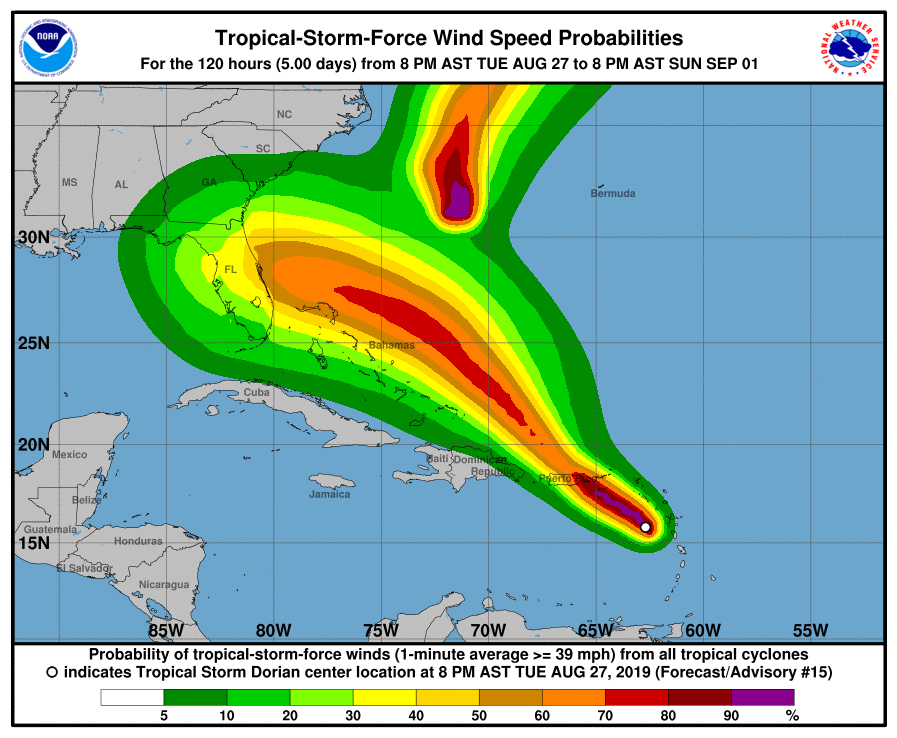 I don’t think that it is unreasonable for anyone to think that Alabama is in danger here. CNN, who is leading the charge on this ridiculousness, has no room to talk. CNN doesn’t even know where Alabama is: 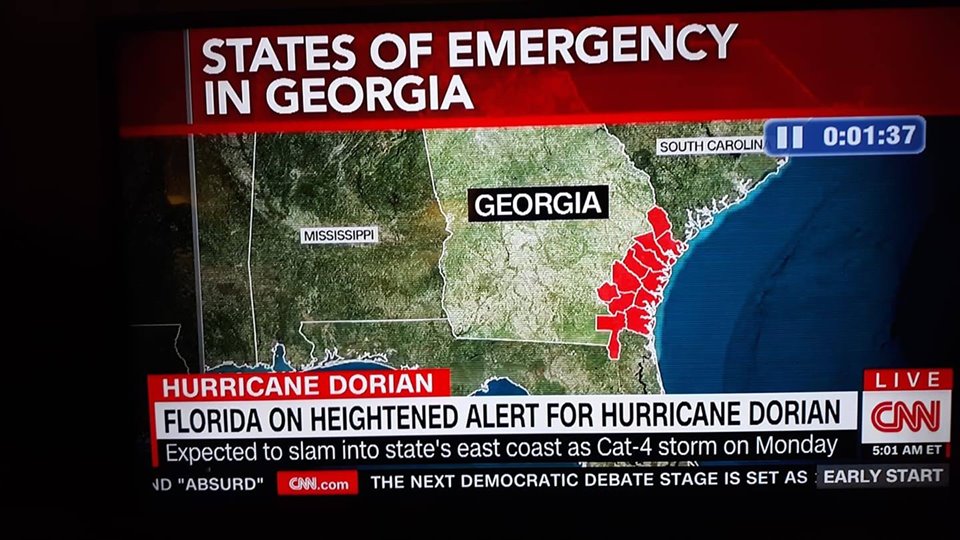