With news of today’s excitement in the Capitol comes word that the Washington, DC National Guard has been fully activated and is being reinforced with members of the Maryland and Virginia National Guard. New York has also sent over 1,000 armed troops.

The DC City Council released a statement earlier in the day, saying the Department of Defense initially denied the Mayor’s request for troops to be sent to the Capitol. “We were appalled that this fundamental request was denied,” the statement said.

According to Politico, the reason the DOD initially denied Bowser’s request was because “the original agreement stipulated that Guardsmen would not be in contact with civilians in order to avoid politicizing the military.” 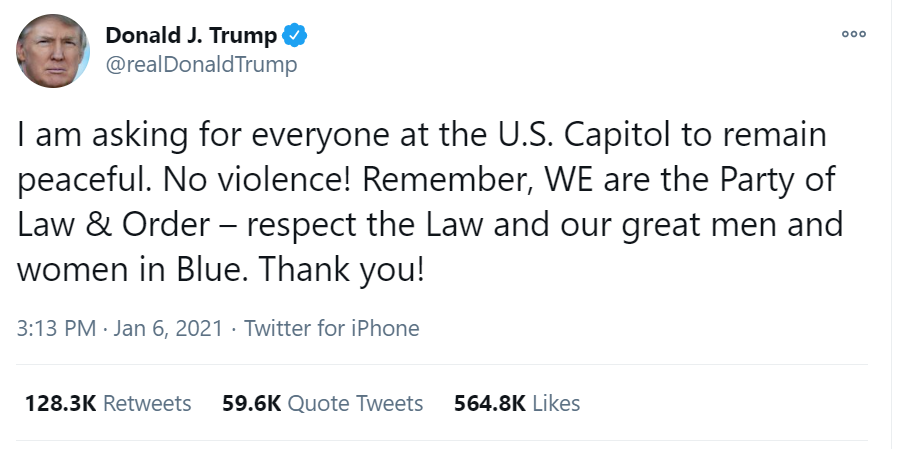 At 3:30 pm, Vice President Pence ordered the activation of the DC National Guard.  The Vice President is nowhere in the military chain of command, and as I pointed out, doesn’t have the power to order the DC national guard to do anything.

Republicans are quickly abandoning the President. Rep. David Cicilline, D-RI, said Congress should impeach and convict President Trump for inciting his supporters to storm the Capitol when the meet again on Thursday the 7th. 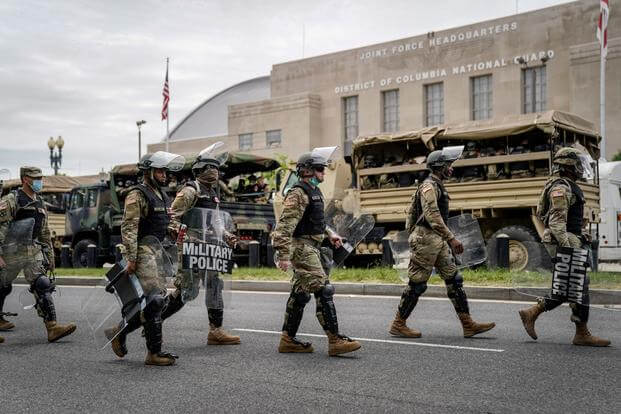 Now that the entire Capitol city is under martial law that is being enforced by over 3,000 armed troops, the Senate has reconvened. They are meeting in a “Secure location” as of 8:00 pm, to continue the voting for Joe Biden.

It is my belief that the only way that Pence could have lawfully given the orders to the Washington, DC National Guard is if he was the acting President. I am forwarding a hypothesis that the Vice-President polled the cabinet at some point between 3:13 and 3:30 pm today and declared the President to be incompetent under the 25th Amendment, making Pence the acting President. I also believe that Congress is going to impeach and remove the President from office some time within the next 48 hours.

Donald Trump is, in my opinion, no longer the President of the United States. If this turns out to be true, the coup is complete.

Holy crap man. My first thought was "by what authority?" when I heard that PENCE did it. I assumed he was just insubordinate, and that Rule of Law was as dead for him and the Guard as for everyone else. DID NOT consider that there was a pathway for it to be legal and proper.

I hope BigCountry is right and Blackwater has Trump's back until [he can get to Israel]. -my addition Because if not, he's FUKCED.

If this happened, we are now living in a Banana Republic.

I pray you are wrong