People like this guy just don’t help gun owners. This sort of thing makes all of us look like loons. 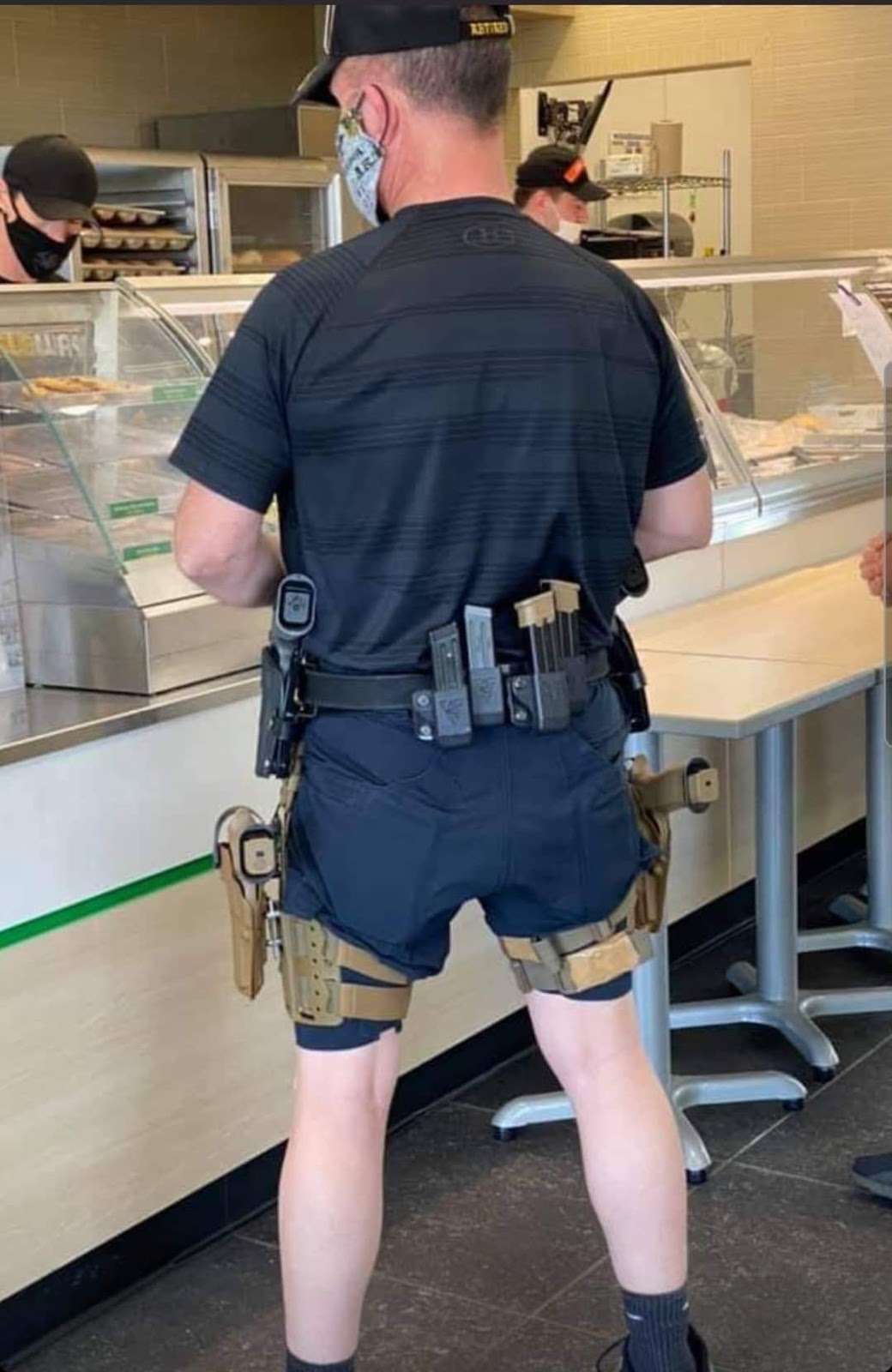 People who shoot at census workers for trespassing or fathers who leave an AR unsecured under their beds where their children- 12, 10, 7 years and a newborn were sleeping don’t do us any favors, either.  In the case of the father- this jerk had bought a Diamondback DB15 from a friend. The friend had removed the safety from the weapon, and the father had been storing the loaded rifle under his bed without a case, without a trigger lock, and within reach of his kids- and this wasn’t the first time. That careless stupidity cost the life of a 12 year old child. This father deserves to be in jail, with pictures of the dead body of his child taped to the wall outside of his cell, so that he has to look at it every day.

A couple of guys should show him the folly of his ways with an demonstration on how it is IMPOSSIBLE Practice weapons retention techniques with that assortment of VISIBLE weapons However somebody could demonstrate easiest real world solution Baseball bat to the back of the head (which is probably solid Granite) and steal every one of those DAMN Guns before he realizes what hit him. What a Fucking Dumbass. Best solution though is to Walk up to the clown and ask him that question. Better yet take him to a class give him the same number of blue guns and then illustrate to him the folly of his ways.

Is this the idiot that had already received a warning about storing it improperly with children in the house?

If not that both need to be in jail for a very long time.