Not sexy, but important

My recent post about my new HAM radio just isn’t getting the hits that other posts get. I get that communications just doesn’t seem as fun as shooting guns, nor even as interesting as food storage. Communications is science-y, geeky, and seen as not needed in the age of Internet and smart phones.

My experience has been a bit different. When I deployed to Mississippi in the aftermath of Hurricane Katrina, communications was the single biggest problem we faced. At one point, we were reduced to using runners to carry information to and from headquarters. When I returned from that deployment, I took my technician test and got my first HAM radio.

There is also the issue of COMSEC. We know that the NSA monitors Internet and telephone communications. The conspirators involved with the attempted coup through the FISA court knew this, and coordinated their illegal efforts through the use of short range FM HAM radios. You should read that link, it’s pretty enlightening. Of course I blogged about the HAM radio use by Fusion GPS in the past.

VHF and UHF communications in the 2 meter and 70 cm bands are important, because they are short range and difficult for others to monitor beyond 15 miles or so, unless you are on a repeater.

With that in mind, I am pretty set on communications. For short range, I have a few cheap handheld radios in the 2 meter and 70cm bands that I can loan to others, which is easy to afford at less than $30 each. I also have a more expensive handheld, as well as my vehicle set.

My vehicle install looks good. The radio itself is behind the back seat, the control head on the overhead console, and the antenna on the rear of the truck. I can reach the local repeater from up to 40 miles away. The digital modes let me send pictures, voice, or digital data from my house or vehicle. 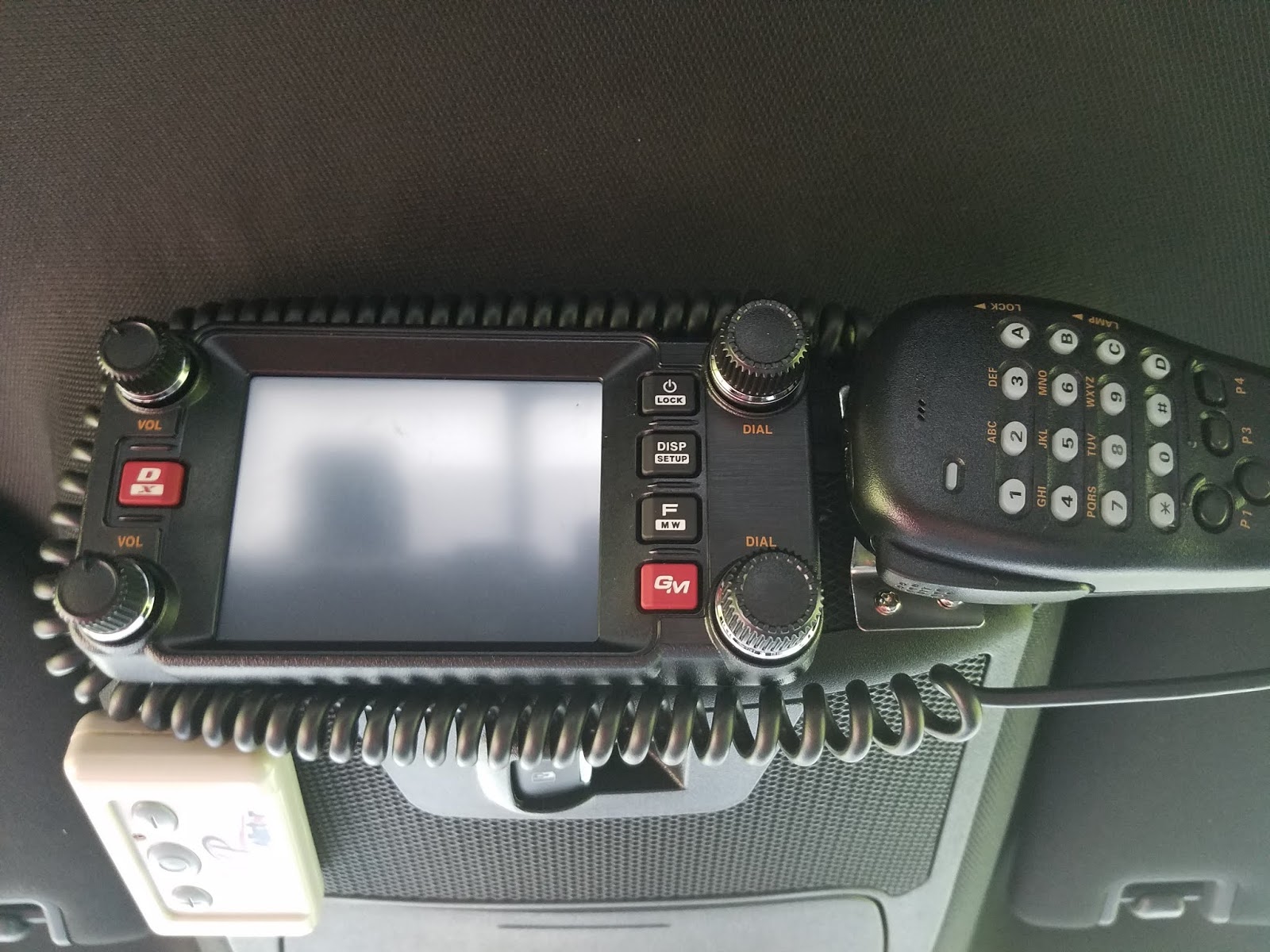 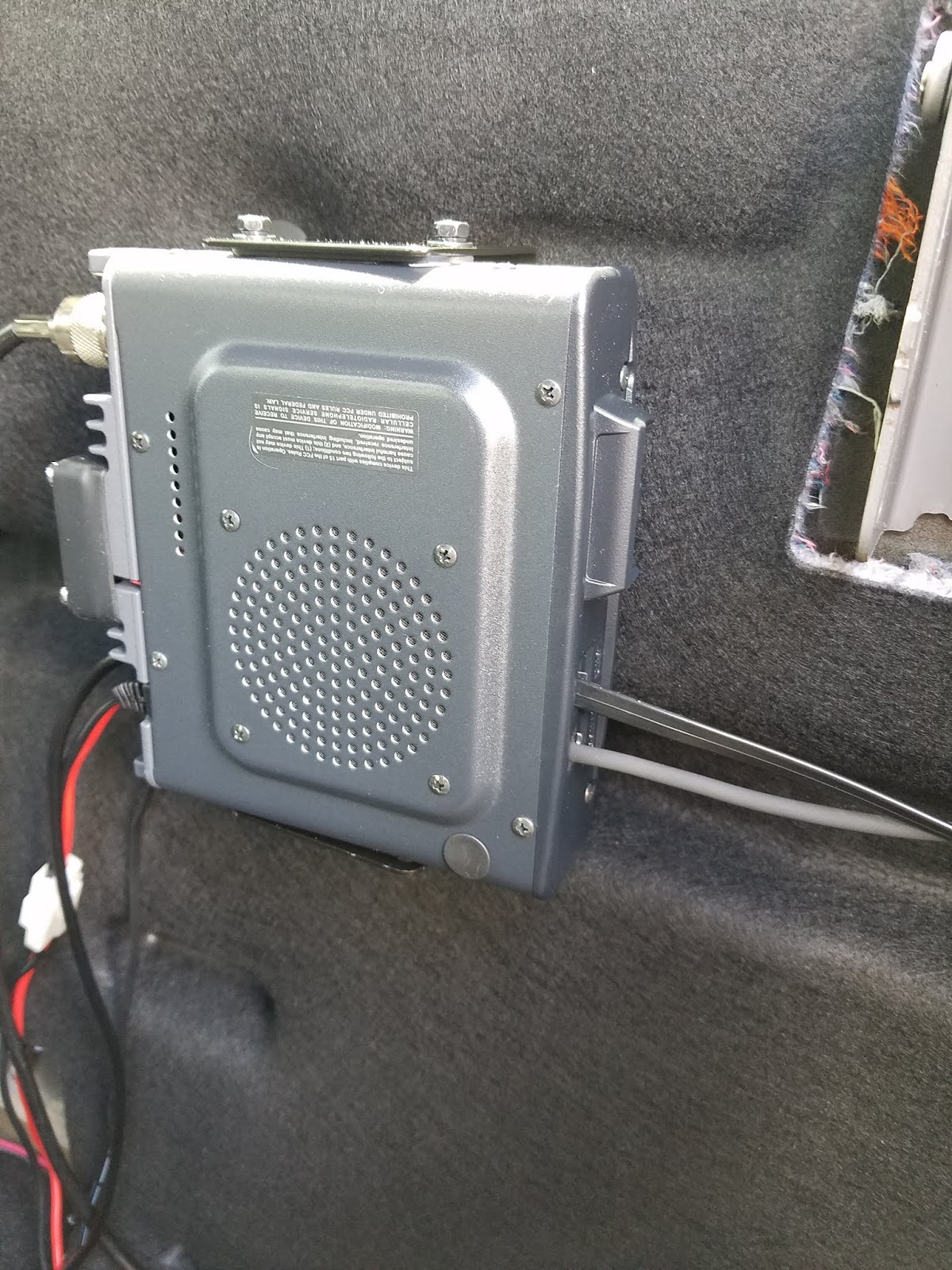 I added a couple of handhelds just yesterday: Baofeng UV-5R EX. Pretty much all I can afford right now.
Between you, Greg Ellifritz and watching Cajun Navy, I figured cell phones simply won't do the job.

Bad news: I have NO experience with stuff like this or Ham radio or anything like that. Other than preprogramed radios I used at work, my only experience with two way goes back to CB back in the early 80s

I had no experience with radio until I got my HAM license in 2010. I have found that programming the radios is best done with software, instead of through the radio.

Radio is an area I don't have much knowledge in or equipment for, however at this point I don't have any expected uses for it either.

Years ago (15 to 20? maybe more?) I read an article about ECHELON stating that the most secure way to communicate was with a hand written fax, the sloppier the better. Poor handwriting, especially when combined with low resolution equipment, is still difficult for computers to read automatically. Since the monitoring agencies have (relatively) few people running lots of automated sorting, your non computer readable fax (or scanned notebook, etc) won't get read by a person unless the agency is already interested in and you and willing to devote human time to your communications. Of course, if they are interested to that level and know you are a HAM operator, they will be looking at the radio waves near you as well…