A riot peaceful protest began in Orlando with the blocking of a main highway before moving to police headquarters.Just as they arrived a VERY strong thunderstorm moved through the area, and the “protesters” decided to go home. 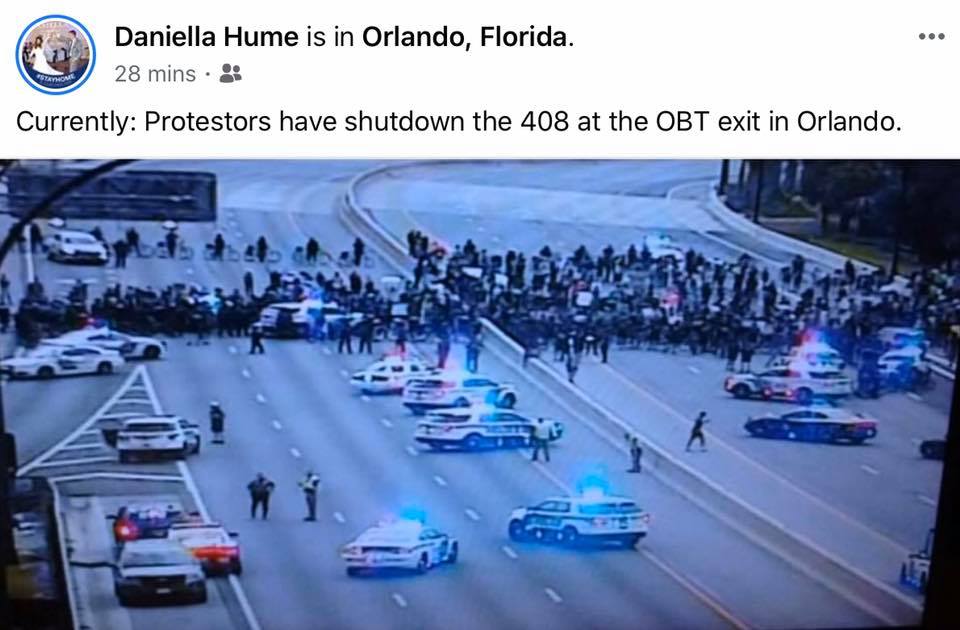 We had a social obligation today that caused us to have to pass through Orlando. My wife wanted us to take her car, but it has built in emergency braking, which would prevent us from being able to bull through a crowd. Instead, we took my 4 wheel drive pickup.

I had a sidearm with 2 spare mags (52 rounds in total), an industrial sized can of pepper spray, and truck gun, a Skorpion EVO with 4- 32 round mags. Better to not need it than to wish you had brought it.

I picked the PDW because it is easier to maneuver inside of a vehicle than an AR if needed. The protest had already started by the time we were ready to head home, but once I saw the storm on radar, I knew the road would clear out. Hard rain, frequent lightning, and 60 mph winds generally discourage all outdoor activities, even riots.

The storm cleaned the crap…

I think CS gas is best. It worked in Waco. Surely it will work on those that are really criminals.