If you go to a Federal Government website today, you will notice that the page has been replaced. For example, the USDA’s site has this notice: 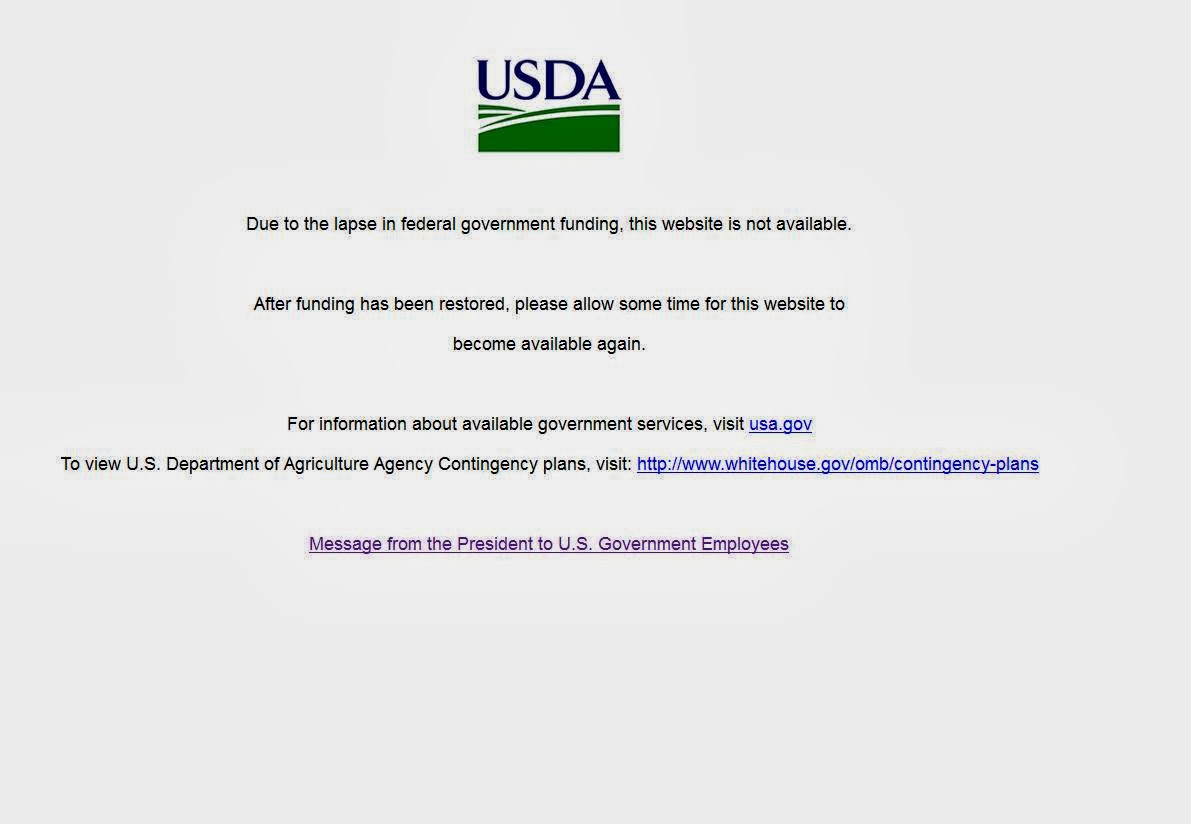 The FTC has this one:

Never let a crisis go to waste. The Whitehouse has the following: 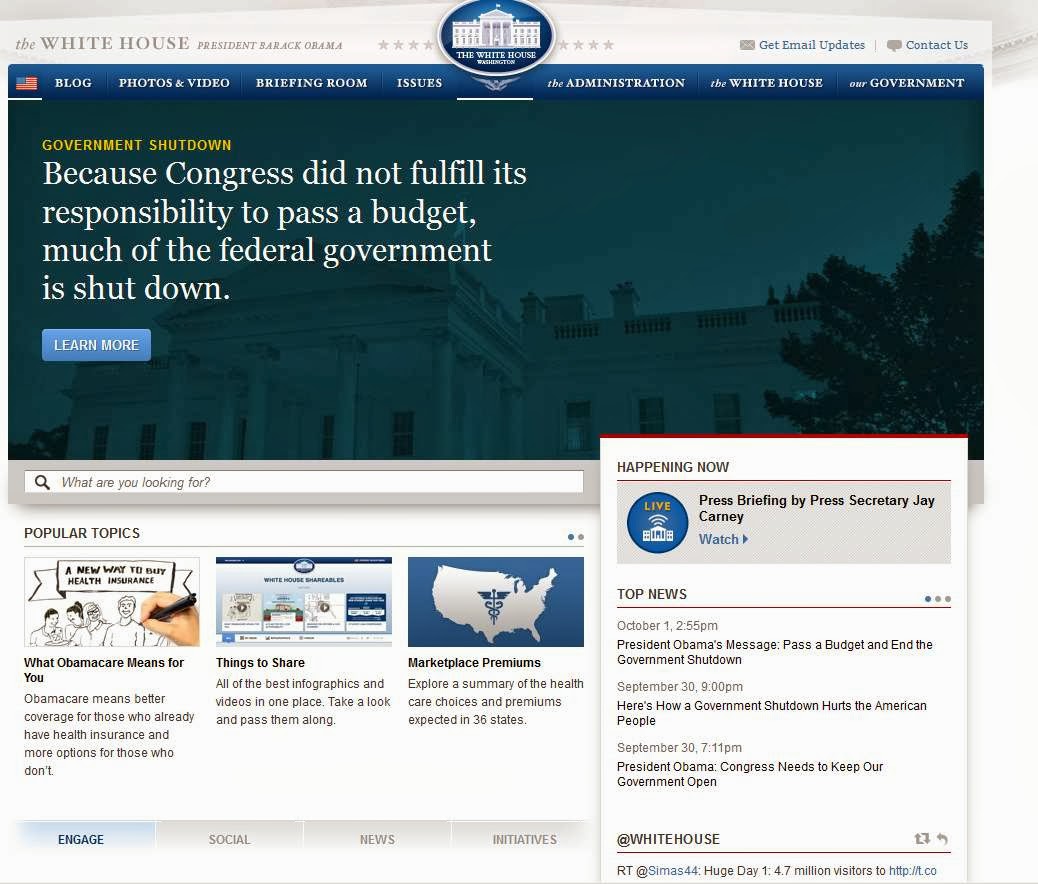 Note what it says:

Because Congress did not fulfill its responsibility to pass a budget, much of the federal government is shut down.

Conveniently ignoring the fact that Obama has been running the country for his entire Presidency without a budget. His proposed budget for last year was rejected 414-0 in the House, and 99-0 in the Senate. His budget the year before went down 97-0 in the Senate. In fact, Obama has failed in his own legal obligation to deliver a budget to congress on time. He has failed to do so in three of the last four years. In fact, the last time that congress passed a budget was April 29,2009.

This is not about a budget, this is about the president wanting Congress to increase the debt limit, and essentially give Obama unlimited access to whatever funds he desires. Obama is using this to push his agenda.