Internet commandos. After the DEFCAD incident, where the government took down the site for violating ITAR regulations, there were people who hosted the file in an attempt to give the Feds the finger. They had to know that the act was illegal, yet they did it anyway. That takes balls. This, in my book, is the sort of thing that Majatma Ghandi, Dr Martin Luther King, or Rosa Parks did: Risk arrest and imprisonment  to stand up for civil rights. After all, they knew it was illegal when they did it, right?
It turns out it wasn’t a stand for civil rights: It was a stand for bragging rights. The files were up for less than 48 hours, then all of a sudden, they ‘realized’ when told by their ‘lawyer’ that what they were doing might get them in trouble, so they pulled it off. Of course now they get to brag about how much they are doing. 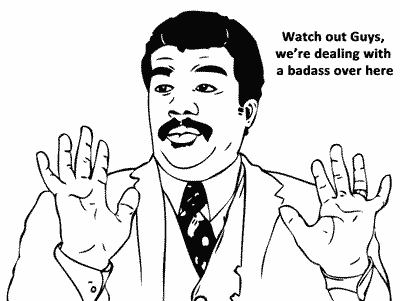 So now they get to run around and tell everyone how cool they are that they hosted a file on a blog for less than 2 days. Then they get to tell people how much they are doing, and how they refuse to cower. How they will never turn their guns in if ordered to by the government. How can I believe that you will never turn in your guns, if you don’t even have enough guts to keep up a file with PLANS for a gun?

One of them even made claim that he believe John Adams when he said:

If men through fear, fraud or mistake, should in terms renounce and give
up any essential natural right, the eternal law of reason and the great
end of society, would absolutely vacate such renunciation; the right to
freedom being the gift of God Almighty, it is not in the power of Man
to alienate this gift, and voluntarily become a slave.

No, asshat. I like my fucking Job and that quote was made prior to the ITAR determination. I guess you think I should loose my house, my job, my property, and everything that goes with it.

It's called picking your battles dipshit. So where's your link to the Defcad files for your stand for liberty?

It is always interesting, in a "train wreck" kind of way, what armchair quarterbacks can say from the safety of doing absolutely nothing.

@ Minuteman: It isn't called 'picking your battles.' You didn't DO anything but attempt to post whore your way into internet bragging rights.
Posting that file did what? Keep telling yourself that you did something, and keep engaging in the masturbatory fantasy that you actually accomplished something.