The government has released the national health security strategy report and is claiming that hurricanes are more severe and frequent (pdf warning) because of global warming. Are they really? If you look at this chart, it certainly seems like it. 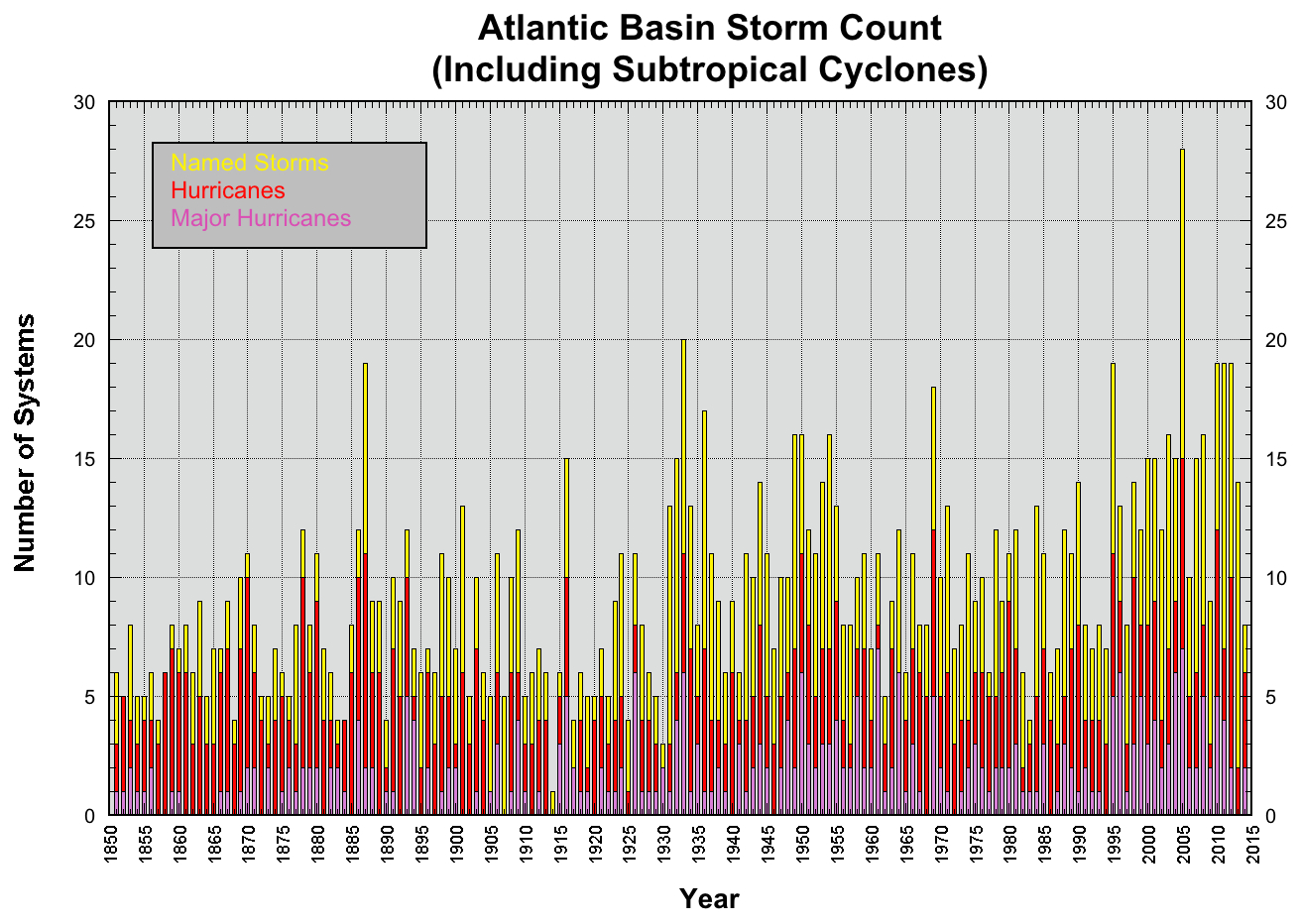 There is an obvious flaw: before 1974 there were no weather satellites. Yes. TIROS launched in 1960, but it only orbited for 78 days and only had a black and white camera. Even then, the earlier versions of the GOES satellite program, which began in 1974, only viewed the earth about 10% of the time and were not able to measure storm strength (by cloud top temperature) until GOES 9 in 1994.

Weather records for hurricane strength depended entirely on direct observation of the weather from ships and land stations until the 1955 hurricane season, when regular hurricane hunter flights began.

This means that the data on storm frequency and strength cannot be as accurate as today for any hurricane season before about 1995. The data just wasn’t there.