So the Catholic Bishops of the USA have recently come down on a position whereby they have declared that it is a sin to own weapons, and call on all Catholics to support gun control. Here is a copy of the actual declaration, as sent to the US Senate.(PDF Warning)

The Vatican’s Pontifical Council for Justice and Peace, in their document, “The International Arms Trade (2006),”emphasized the importance of enacting concrete controls on the production, possession, and trade in weapons, including handguns,calling for them to be regulated” by paying due attention to specific principles of the moral and legal order.”

This comes from the Church that owns a room full of swords, machine guns, and other firearms for the Vatican’s Swiss Guard: 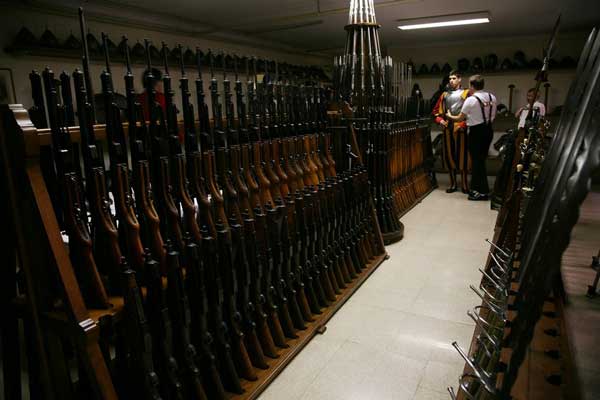 Also, this would seem to preclude the owning and carrying of swords by the Knights of Columbus: 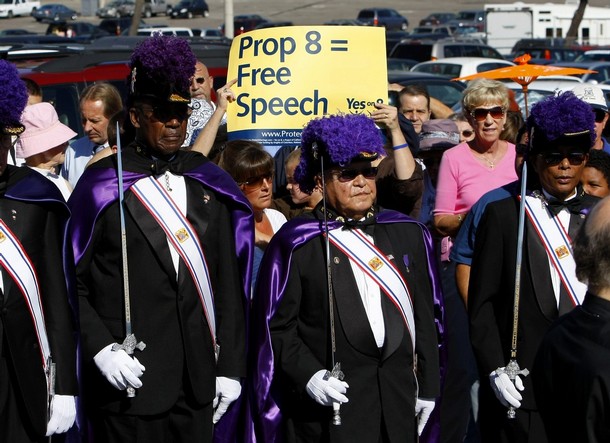 One reader of this post on the subject pointed this out in comments, and the reply was:

I think it would depend on how many people have been killed by those K of C ceremonial swords when deciding whether to ban them.

More people have been killed by swords than by privately owned firearms, and no one has been killed by any gun that I own. By that standard, my guns shouldn’t be illegal.