Military personnel have apparently been participating in backlash against the President’s plan to fight for al Qaeda, and are posing with signs covering their faces in protest of the war. 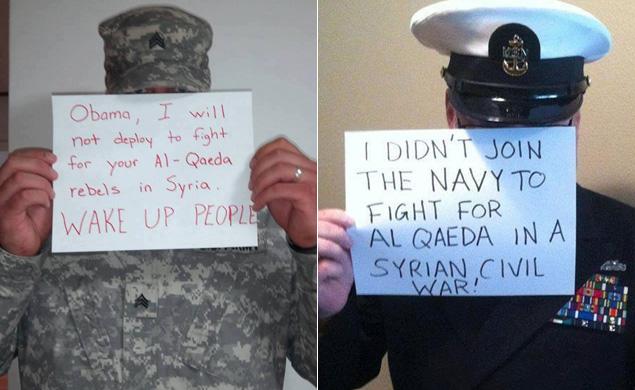 The pentagon is attempting to figure out exactly who the servicemen are. I am assuming that the NSA will be tracking the internet trails left behind by these men. (It does appear to be all men in the photos)

The left is in an uproar, claiming that we should be behind the President, no matter what, and the right is in an uproar, protesting the move. Mysteriously, the celebrities that opposed war when a Republican did it are sitting this one out. Apparently, it is different when your guy does it.

Meanwhile, the Russians are sending a clear message to the Americans.