Teacher arrested for gun in class

A Pinellas county teacher was arrested for having a gun inside of her backpack, which was in her classroom. She had recently been told that her contract for teaching with the county would not be renewed for the coming school year.

When she was asked why she had the weapon, she replied, “Ask your Governor.” The woman has a concealed weapons permit, so she was charged with carrying a firearm in an unauthorized location, a misdemeanor. Read the comments. The readership of the anti gun Tampa Bay Times is all over this, saying that this is why the law arming teachers should never have been passed. So a woman who was breaking the law by illegally carrying a weapon somehow means that the teachers who want to do so lawfully are to blame?

It seems that, like all anti gun media, the entire story is not being told. As far as I know, this is not being reported anywhere else.

1 She is registered to vote with no party affiliation.
2 She is the membership director of a left wing, racist socialist group called the “Black is back coalition for Social Justice, Peace and Reparations,” whose motto states: There is no peace: Africa and Africans are at war! U.S. to the world Comply or Die!” Here is a screenshot from their Facebook page: 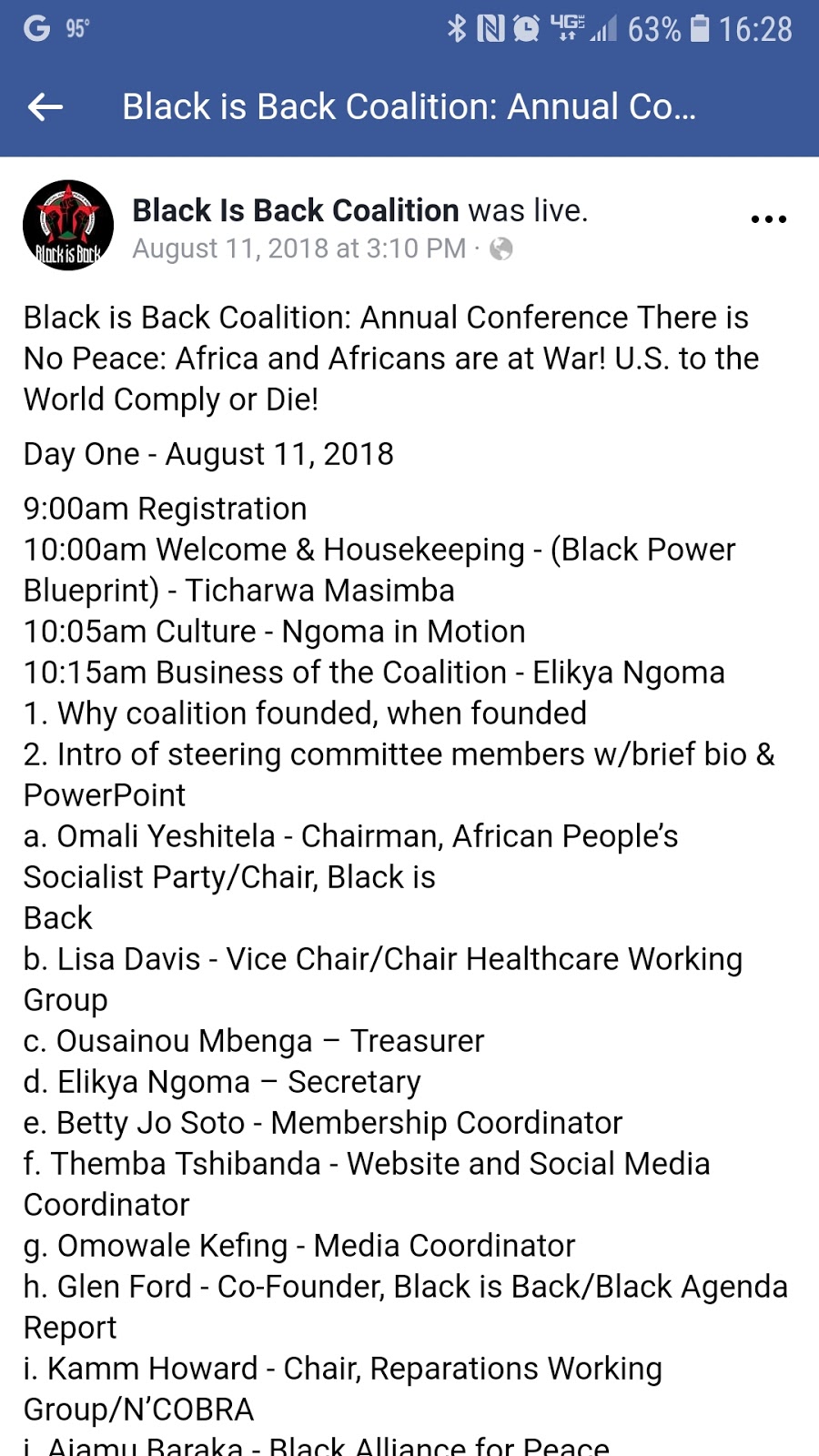 3. This group (Soto is on the steering committee)  has a list of demands that includes:

We declare our human right to armed self-defense from the violent attacks by white citizens and the assaults and murders by the domestic military occupation forces that include various police organizations. We fully recognize that in a struggle for self-determination any act of resistance by the oppressed is an act of self-defense. (emphasis added)

This, in my opinion, is a domestic terrorist organization, and this arrest may very well have prevented a terror attack on that school.

4. The group recently had a meeting where they had this to say:

Our Coalition has concluded that elections are not the only method of struggle and we have responded to the 1963 declaration by Malcolm X of “the ballot or the bullet,” with the timely refrain that it will be the ballot and the bullet.

5. Soto has been the owner of a Florida corporation since 2012. That corporation is listed as a non profit and is doing business as USB HOOD APPRENTICESHIP ACADEMY FOR GIRLS and is apparently doing business out of Soto’s house, which is located a block from the school.

There is a lot of suspicious activity here.