I know that this is the day when we are supposed to reflect on what happened on that day, twelve years ago and mourn for the passing of our fellow countrymen. I remember clearly where I was that day. I was on duty, assigned to engine 2. It was a pleasant, sunny day. We were checking and performing maintenance on our assigned 850 fire hydrants, a project that takes about eight weeks every fall. Our Battalion Chief called us on the radio, and told us to stop working, return to the station, and turn on the television. That got our attention, as he had never once told us to stop working. Heck, he normally spent most of his day trying to figure out how to get us to work harder, or so it seemed.

We got back to the station just in time to see the second plane strike the towers. As soon as we saw this, we all knew that this was a terrorist attack. We saw as trapped victims leaped from windows to their deaths, rather than face the flames. Then the first tower collapsed. We all watched as the firefighters kept running in, even though we all knew that it was likely that the second tower would collapse as well. Each of us wondered if we would have the courage to do what the rescuers of New York did that day. Until you are faced with certain death, it is hard to know how you will react. A police officer, armed with a submachine gun, arrived at the station and rode with us for the remainder of the day.

What we should be mourning today is the death of a free nation. The terrorists killed it that morning. The Patriot Act, TSA’s warrantless searches at airports, shopping malls, sporting events, and even on the highways, the NSA spying, the establishment of secret prisons, secret courts, and secret searches of people’s homes all began on that day. Sure, there were people who had sought these powers before that day, but it was people’s fears of further attacks that were used to destroy the freedoms that made America what it was.

What made America special was the fact that we were, each of us, free individuals that were fiercely protective if individual liberties. The last of that spirit died when those towers fell. Now we are neither free, nor are we safe, except we are now using our military to protect the very organization that slaughtered our countrymen and our freedom. We stand in line to be searched at the airport, when we go to public gatherings, and when we drive on the highway. Our electronic communications are monitored, and our homes searched at the whim of authorities, without even the benefit of a warrant. Our police organizations are more heavily armed than many nations’ military forces. 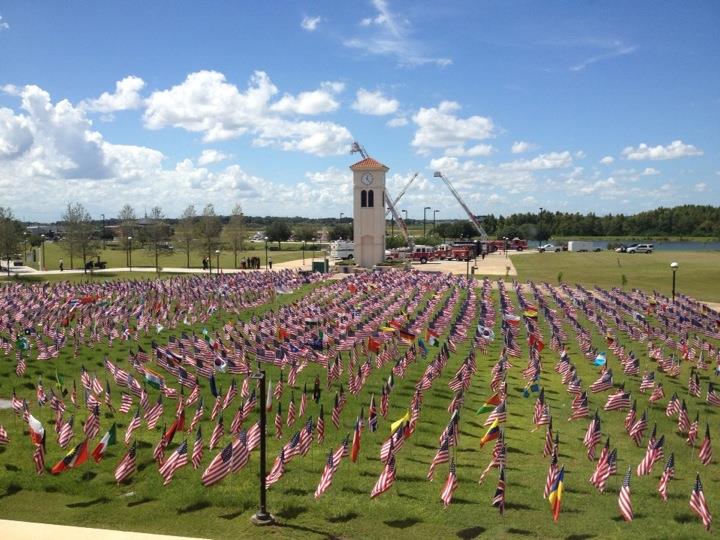 From where I am standing, it looks like Al Qaeda won the war. That is what I mourn: that my fellow countrymen died in vain.