The CDC just issued recommendations for reopening schools. They are impossible to comply with. 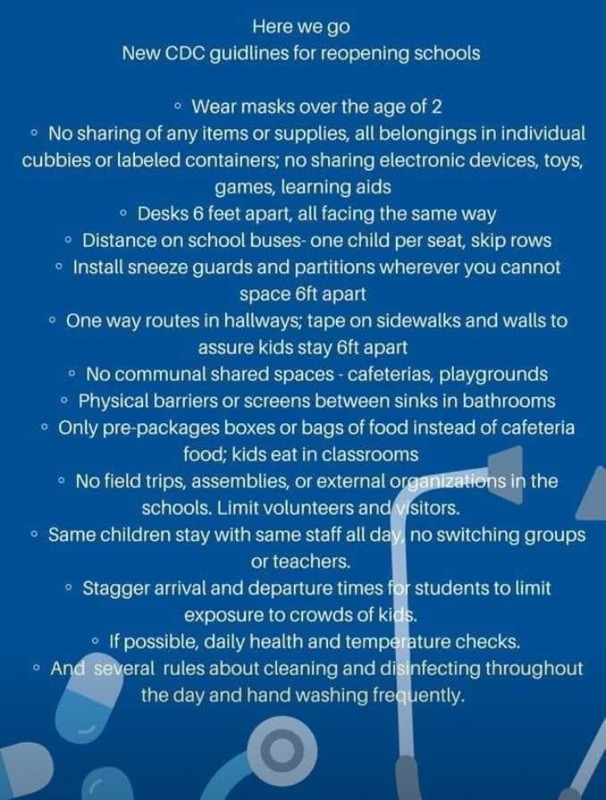 No sharing of items or supplies? That means no shared textbooks, computers, calculators, or anything else. Where are schools going to get the money to buy all of this stuff?

Desks six feet apart. This means that each student’s desk area will occupy 28 square feet of space. My largest class had 26 students this year, meaning that each classroom will have to be about 750 square feet. Not all classrooms are that large.

One child per seat on the bus and skip every other seat. That means a bus designed for 60 can only take 15 or so. How are schools going to get their kids home when some of them already get home 3 hours after school is over?

No changing of classrooms. How are high schools to function? I teach science. How will I teach math, social studies, foreign languages, and all of the other classes students need? Heck, not all students are in the same math classes. Some are in Calculus, others Geometry, some Business math. Everyone is to have lunch in class?

Then there are Federal laws that dictate that certain students get services that I cannot provide. If I follow these recommendations, I am violating several Federal education laws. 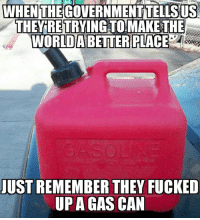 Back in March, the CDC was projecting that over 2 million Americans would die from the Wuhan flu.

They projected that our hospitals would be overwhelmed. To prevent this, we were told that we would all as a nation have to be placed on house arrest. ‘Flatten the curve’ became our war cry.

New York city became overwhelmed. Medical personnel from all over the country were sent to NYC to help out, my son among them. The reports coming from there were downright scary.

We were told that the risk of infection from services was so great, that no self serve stations for food or beverage would be permitted by the FDA. Several restaurants went out of business as a result. More of them remain closed, waiting for that order to change. Even though the CDC now says that there is no evidence that transmission from surfaces is even possible.

When do we believe you?

I drove busses for a while and we were under extreme pressure to conserve fuel and miles to the point of absurdity. Not only would the time constraint be impossible barring a staggered class day but the fuel and vehicle maintenance costs are going to add up fast.

I can not think of a class I've had from childhood to the continual education I am currently enrolled in that did not have 30-50 students on average with that number going up through higher levels. We hot swapped computers, calculators before they became a personal required item, so many other things. You were the jerkwad if you didn't have a spare pen or erasure for your buddies in high school, heck lockers and entryways will create a line that would make the TSA envious.

Am I the only one who's getting to the point of saying, "it's the CDC, it's bullsh**. They'll change their minds in six weeks. Just ignore it"?

Do their recommendations carry the weight of law?

"Do not trust CDC. CDC is asshoe."

Having used the posted image as a talking point with family yesterday I got my arse handed to me.

I don't know who made the image but it wasn't on the CDC link provided. It appears that the image is selective choices from a longer list of "actions local schools should consider"

The actual recommendations are no really any better as they are a catch all without any real guidance attached to them. Here are a list of things you should consider doing… Not that don't everything is what we recommend as we don't want to be blamed…

If a school gets a breakout and didn't do all of the recommendations they are going to be slammed. If they do all they can't function. So they will do some and hope. If NYC then they will have made the right choices as per CDC. If it is a school in a republican area it will be that they wanted children to die because they didn't have CDC recommend measures.

The image is not from the CDC. It is a summary of the CDC's 60 page document of recommendations.

Here is the thing- those recommendations are going to be used to crucify the first school that has a COVID case and didn't follow them.

Divemedic, I agree with you totally. If a school doesn't do everything in that 60 page "recommendation" and they get a single case they are going to get raked over the coals.

And when we push back on the CDC we'll be told that they clearly stated that which items are dinner is the choice of the local authority, not the CDC. The entire document is worthless