So now it turns out that the “security guard” that shot the man in Denver was not licensed. This means one of two things:

1 Pinkerton in Denver is hiring unlicensed security guards and is at risk of losing its license, or

2 WUSA is lying, and this man was not a contracted security guard, meaning that the press is now targeting and killing people from the right.

The report is being confirmed by multiple sources.

Video of the lead up to the shooting is found here.

It turns out that Antifa is claiming that the reporter (Kyle Clark) who the “bodyguard” was protecting is one of theirs: 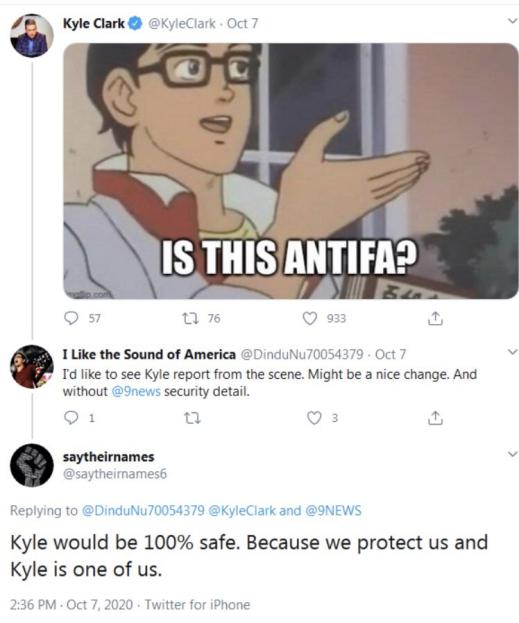 I was just reading your 3 part post about Insurgency – very enlightening. Have you considered collating your posts and putting them on Kindle?
I am also a ham – KM4GSF (not currently doing much DX – I haven't been able to climb stairs to my setup for almost a year).