Here is the gun laws that were supposedly being suggested by the Trump administration, but now the White House is denying that it is genuine. 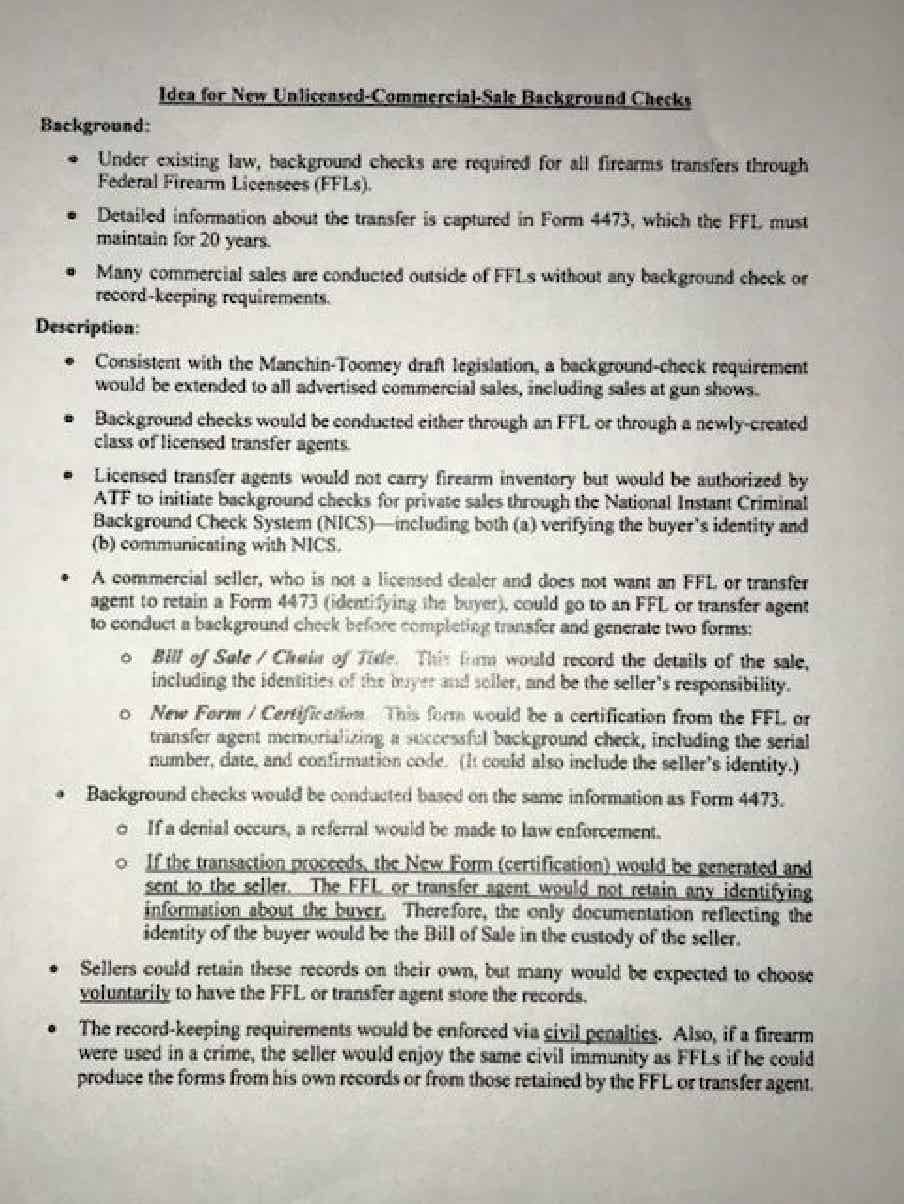 Note that it says all advertised commercial sales would require a BGC. If you read the part that says “Many commercial sales are conducted outside of FFLs” It appears that this is an attempt to shut down private transfers at all gun shows (which are advertised, after all).
It seems that this would shut down all face to face sales on Gunbroker. Remember that the antigun team is all into incrementalism in the name of so called compromise.