Wayne, to answer your question

Wayne raises a great question in comments. He wanted to know about George Floyd’s criminal history. I went looking for the answer, and I did find it after some time, but it was difficult because the story from Minneapolis is overshadowing Floyd’s history. I finally resorted to a search of Texas criminal records. Wayne asks:

Career criminal with a history of street drug use? Got a source for that?

So here is the story:

Keep in mind that Floyd would have turned 18 in October of 1991. Therefore, no criminal history would be available before that year, if indeed there was one.

He was arrested in 1997 for delivery of a controlled substance and received a sentence of six months in jail. 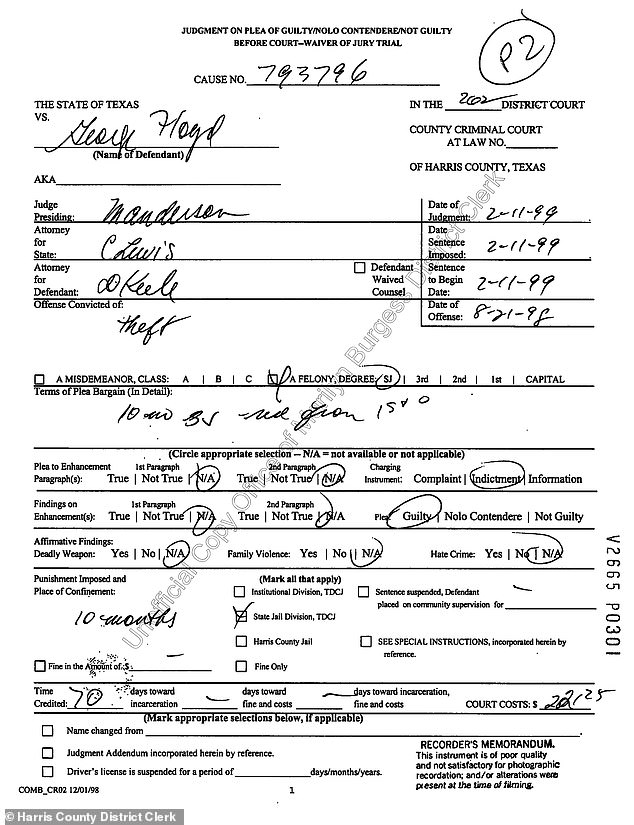 While he was awaiting trial for that one, he was again arrested for theft in December of 1998 and was sentenced for 10 days.

In 2001, he was sentenced to 10 days for failure to identify himself.

In April of 2002, he was convicted of criminal trespass and received 30 days for that. 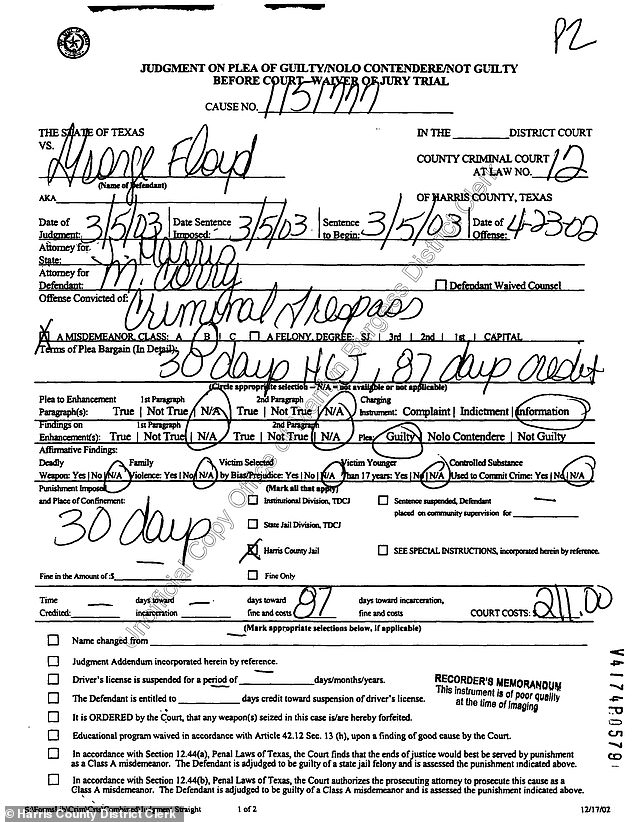 Then in 2005, Floyd was sentenced to 10 months in state jail for possession of cocaine, after being arrested for distributing cocaine and getting it reduced to simple possession in a plea bargain.

Floyd served five years in prison from 2009 to 2014 for second conviction for aggravated assault stemming from a robbery in 2007 where he entered a woman’s home, pressed a gun into her stomach and searched the home for drugs and money. 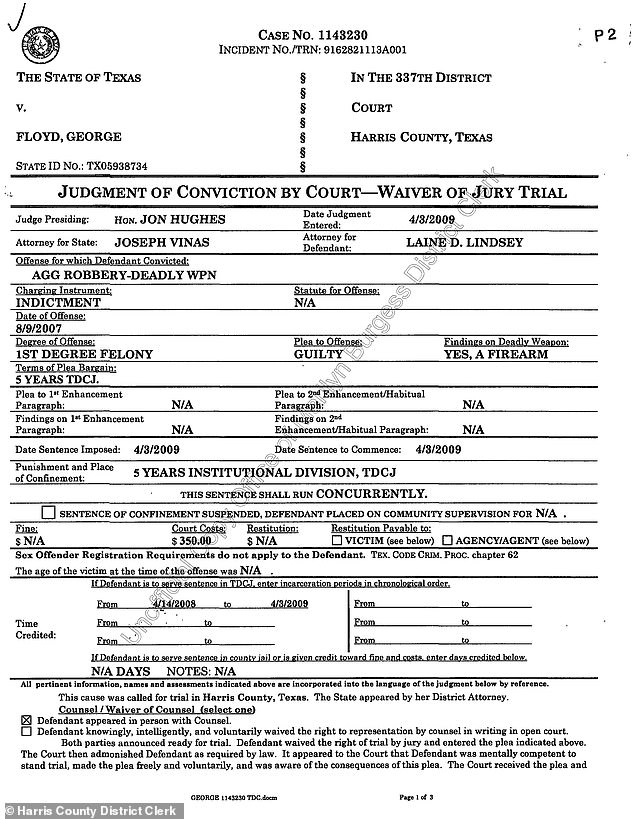 For the seventeen year period spanning 1997 to 2014, Floyd spent at least half of his time in prison. The majority of the remaining time was spent on pretrial release. Here is the record from just the one county in Texas that I searched (Harris). 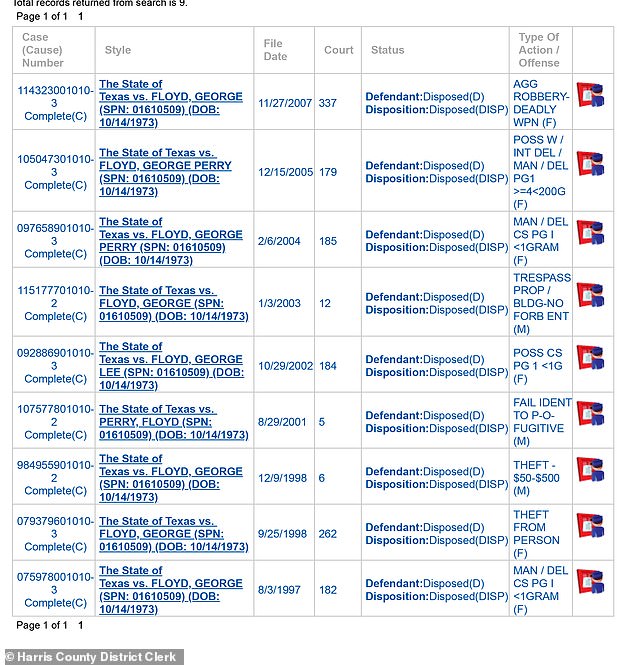 He was also arrested under several aliases, but I thought I had a clear picture and didn’t feel like searching them. You can if you want. 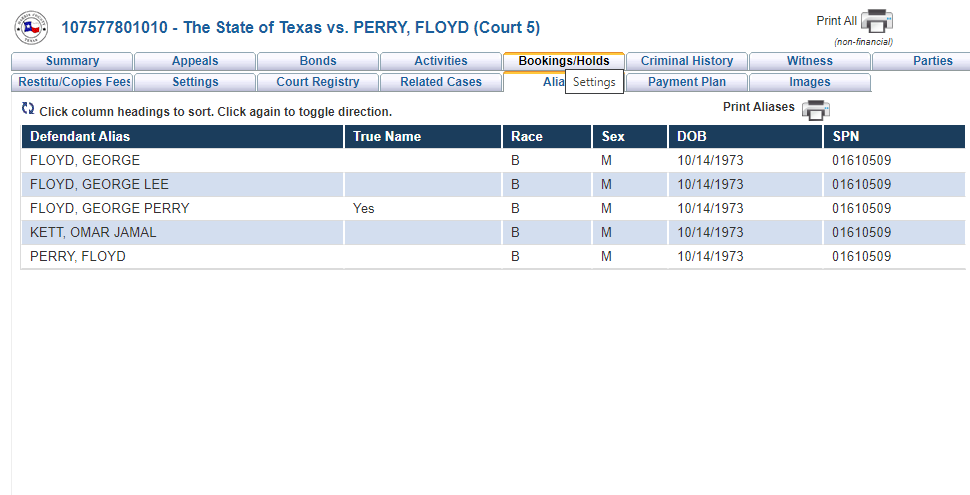 Granted, his history is not admissible in court, but it certainly paints a clear picture of who he was. Now there are plenty who are claiming that he was “turning his life around,” but you will excuse me if I say that I have heard that song before.

Irrelevant. The pig dragged him out of his car and murdered him. He had not committed murder. The pig is a lower form of life.

Did you miss the part where I said "Granted, his history is not admissible in court, but it certainly paints a clear picture of who he was."

He may not have been a perfect angel, but it does not justify ending his life. Too many people in this country will immediately dismiss abuses of power because "he deserved it" or dismiss the reason for a protest simply because it turns violent and damages private property. Hell-the Boston Tea Party wasn't citizens destroying government property.

Divemedic, thanks for the info. It does add perspective to the situation. My question was aimed at challenging Beans’ assertion, possible assumption, that Floyd was a career criminal due to his skin color.

I wonder, based on reports that Floyd and the cop involved both worked as bouncers at the same bar, whether there was some bad blood between them. I have no knowledge whether they did or not, but it wouldn’t be surprising.

Aaron- My point all along has been that:

2 That there was no intent to harm Floyd in the first place.

None of those facts have been established or proven in court. Wait for the facts to come out.

Thank you for your continued reporting of facts and alternative view. I viewed the original video and given that information I felt the cop should have stopped kneeling on the suspects neck. I felt the other cops should have done something.

You have reminded me that so many with experience with police know all the right things to say in that situation. "I can't breath" or "the cuffs are to tight"… That cop might have had a dozen suspects that week screaming one out both of those things. He is unlikely to be able to tell the good actor from the person in distress.

The preliminary medical examiners' report suggests that there were underlining issues that caused the suspects death.

At this point I want the involved cops all in court, I want them all to face the criminal justice system without qualified indemnity protecting them. Let's find out what really caused the suspects death and then do the right thing.