Your Vagina may not be a clown car 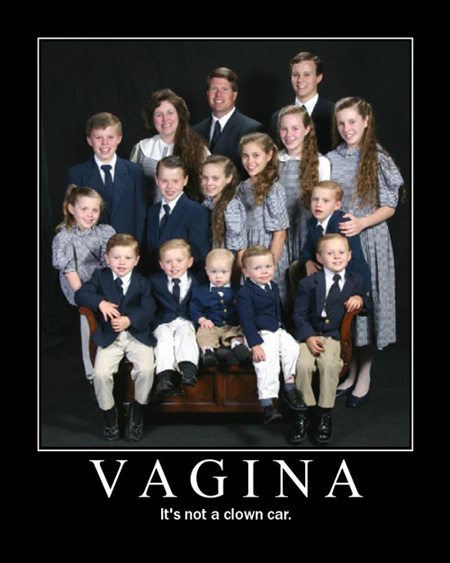 but it may just be a cash register. The same government that spends $337 billion more than it takes in every year is giving money away to stimulate the economy, to the tune of another $170 billion. The plan is to pay people $600 each, plus $300 for each child. People who make more than a certain amount (in other words, those who actually succeed in life) will not receive the money. Instead, those that produce nothing but children get the big payola.

That means that a woman who has been sitting at home on welfare and using her vagina to bust out six kids with three different dads will get $2400, while I support her illegitimate children through the welfare system, all because she does not know how to keep her legs closed.

Where will they get it? Well, they either will borrow more money or print more money. Either solution is another bread and circuses decision that brings this country closer to economic ruin. How do you stimulate an economy by taxing it, and then putting that money back in the economy? That is like trying to make a rope longer by cutting off one end, and tying the cut off piece to the other end.

Stupid vote buying effort that will only get idiots to vote for you. Unfortunately, that seems to be the majority of the electorate.